Anthony Bourdain has his own piece in the Las Vegas food scene and culture, having filmed two episodes of his shows.

The most recent was in Season 3 of "Parts Unknown," which aired in April 2014. Bourdain enjoyed meals at Jose Andres' é at The Cosmopolitan, Lotus of Siam and Raku, the latter of which he was accompanied by Las Vegas headliner and magician Penn Jillette.

Bourdain spoke with Laura Shaffer, known as Noir Nightingale, at The Bootlegger while enjoying the Huntridge Tavern with Michael Ruhlman.

Ruhlman also joined Bourdain for his first episode in Las Vegas, as part of the first season of "No Reservations," which aired back in October 2005.

In that episode, Bourdain visited two bars that also double as concert venues, The Double Down and Beauty Bar. He went to another celebrity chef's restaurant at Bouchon, Thomas Keller's place at The Venetian hotel-casino.

Between his episodes airing, Bourdain was at Atomic Liquors for "Parts Unknown Last Bite," which aired after the "Parts Unknown" Season 2 finale. It was an end to his trip while he was filming in Las Vegas for the standalone episode. 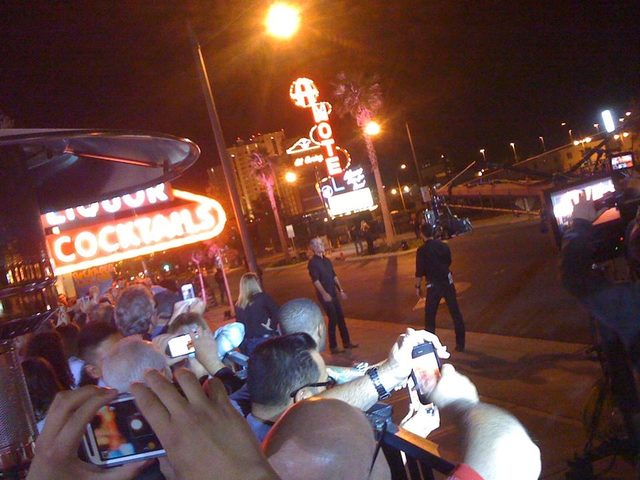 For "Parts Unknown," Bourdain gives plenty of recommendations on his website for dishes to order at the Las Vegas restaurants he visited but also provides some of the wisdom for which he was known.

"In Vegas, nothing is permanent." Surprisingly, the restaurants he visited have stood the test of time, at least over the past 13 years.