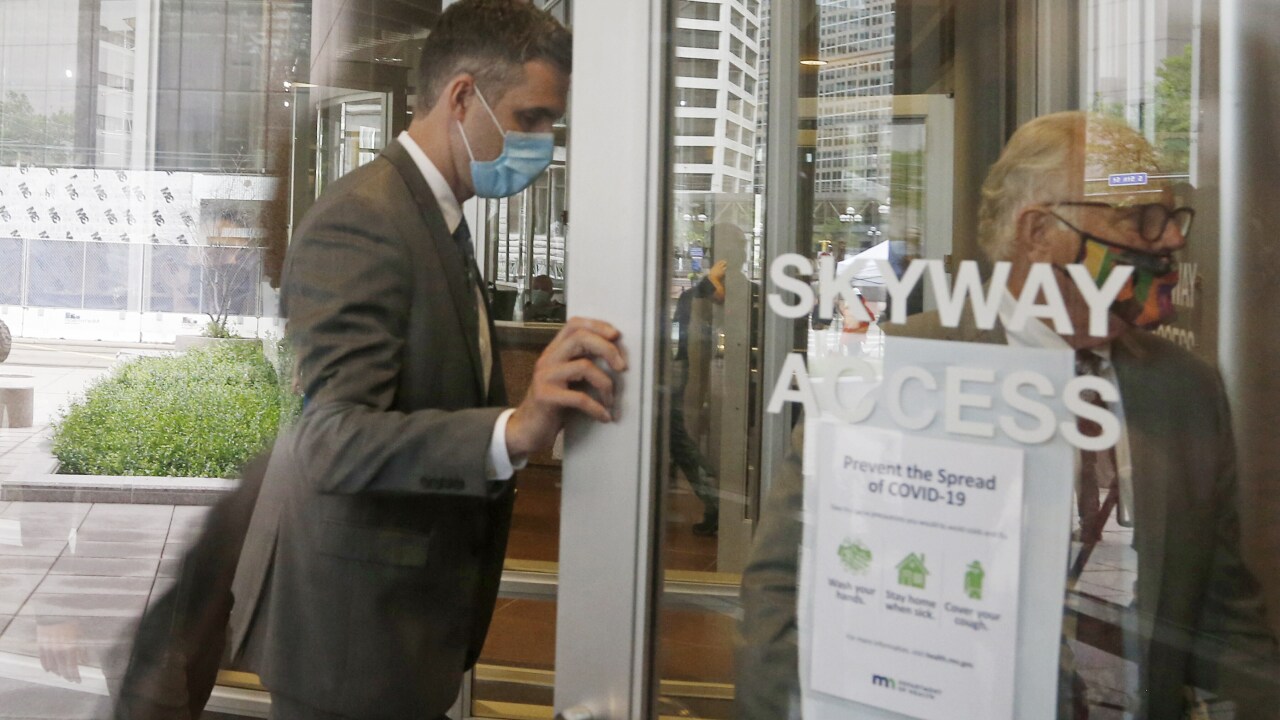 MINNEAPOLIS (AP) — One of four former Minneapolis police officers charged in the death of George Floyd is asking to have his case dismissed.

An attorney for Thomas Lane said in court papers that the case against his client should be dismissed for lack of probable cause.

As part of his court filing, attorney Earl Gray filed transcripts from body camera footage recorded by Lane's camera and the camera of his partner.

The transcripts, obtained by the Star Tribune and New York Times, show that Floyd begged officers not to shoot him during the initial encounter and later pleaded for them not to place him in the back of the squad car because he was claustrophobic and had just had COVID-19.

The transcripts say former officer Derek Chauvin then told Floyd he was under arrest and that he was “doing a lot of talking, man.”

That’s when Gray says Lane asked twice if the officers should turn Floyd on his side, but Chauvin said no and used his knee to pin Floyd to the ground.

Chauvin then knelt on Floyd's neck for nearly eight minutes, which was caught on video and has now been seen by people across the world. Floyd lost consciousness and was later pronounced dead.