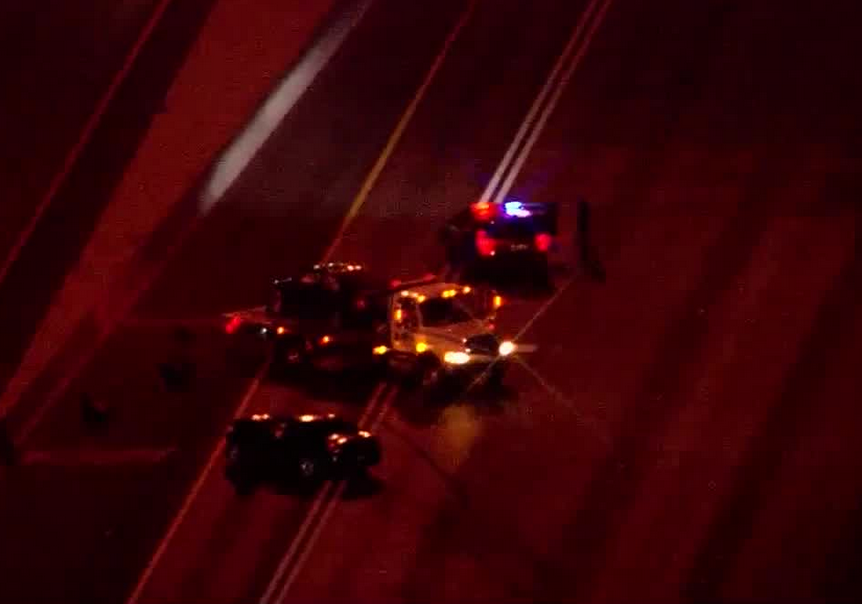 A deadly crash this morning on the 15 freeway is now a murder investigation. This crash happened just after midnight south on the 15 near Flamingo.

UPDATE SEPT. 17 10:29 A.M.: Las Vegas police say the coroner has identified the woman shot and killed in a possible road-rage incident on the I-15 shortly after midnight yesterday as 37-year-old Kamiah Cali Bird from Las Vegas.

Her cause of death, according to the coroner, was a gunshot wound to the neck with possible vascular injury and blunt force impact to the chest/homicide.

UPDATE SEPT. 16 7:15 A.M.: Las Vegas police say that a woman who was driving home from work at a downtown casino was shot in the head before her car crashed into another car near Interstate 15 and Flamingo Road.

Nevada Highway Patrol discovered that the woman had been shot after responding to the crash. They called for Las Vegas Metropolitan Police Department's assistance and LVMPD homicide detectives have taken over the investigation.

At this time, it appears the shooting may have been the result of a road-rage incident. Police will be checking surveillance cameras in the area and are asking anyone who may have witnessed the event between 12:10 and 12:20 a.m. to contact them or Crime Stoppers at 702-385-5555.

The Clark County coroner will release the victim's information after notification has been given.

The other driver involved in the crash was taken to a local hospital with non-life-threatening injuries.

Interstate 15 is expected to be closed for at least another 90 minutes.

UPDATE SEPT. 16 6:30 A.M. Homicide detectives have taken over the crash investigation on southbound Interstate 15 near Flamingo Road. Police are expected to share an update at 7 a.m., check back for updates

A deadly crash at Flamingo has I-15 southbound lanes closed in the area.

Expect delays traveling southbound on the I-15 this morning.

Chopper 13 had a sky view of traffic around the Las Vegas valley this morning. Watch a replay below or on our Facebook page here.

This is developing news, back for updates.