Officers with LVMPD are looking into whether road rage is the reason for a driver getting shot and killed and then causing a crash Wednesday morning. The incident is all too familiar for one valley man whose friend died in a road rage shooting almost two years ago. Jeremy Chen reports. 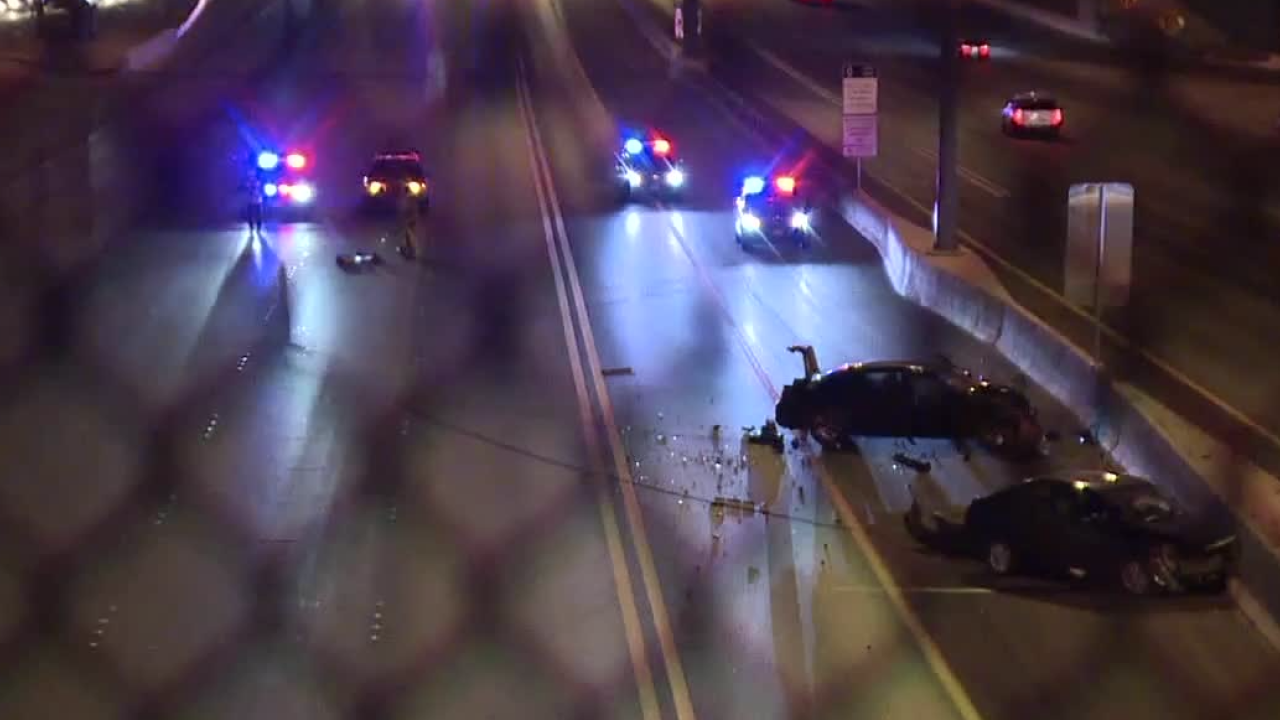 LAS VEGAS (KTNV) — Las Vegas police are looking into whether road rage is the reason for a driver getting shot and killed and then causing a crash Wednesday morning.

Interstate 15 was shut down for hours while officers investigated Wednesday's incident. And the situation was all too familiar for one valley man whose friend died in a road rage shooting almost two years ago.

Two damaged cars remained from Wednesday's crash-turned homicide that police say the driver of a blue Nissan was shot in the head while driving. Officers identified her as a woman in her late 30s.

"We know the victim got off of work at a downtown area casino and appears to have been heading home,” said Las Vegas Metropolitan Police Department Lt. Ray Spencer.

Officers are investigating the shooting as a possible road rage incident.

“That’s kind of disgusting. That’s crazy. Why would a woman get shot going down the freeway?" Fred Gompf said.

It’s bringing back memories for Gompf. His friend and roommate Anthony Blount was shot and killed in a road rage incident in the downtown area back in November of 2018.

He still doesn’t understand why people would get violent on the road.

“It’s crazy to put that person’s life in jeopardy and the misery it causes for family and friends,” Gompf said.

However, road rage incidents remain uncommon in the valley.

“Here, it’s far and few between, but we do see instances where it leads to a loss of life on our roadways when it comes to traffic safety,” said Andrew Bennett, public information officer with the Nevada Office of Traffic Safety.

“They need to be caught and put away,” he said.