With success of 'Hidden Figures,' 'Fences,' here's a look at African-American representation in film 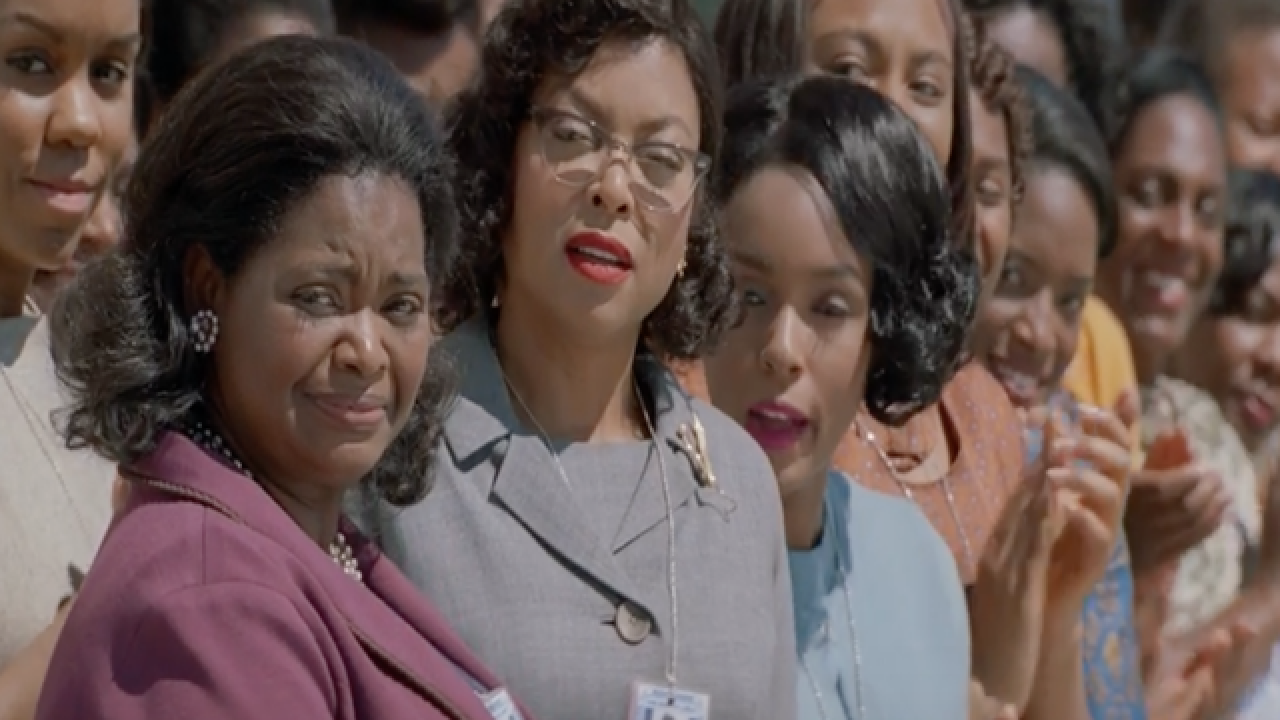 As a teenager, Darnell Hunt enjoyed making films and dedicated much of his time to this hobby.

When he applied to college, he considered the option of majoring in film and turning his hobby into a career.

When he got accepted, he moved from Washington, D.C., to Los Angeles to attend school at the University of Southern California.

He enrolled in the film program in 1982, ready to gain experience and expand his skills.

What he wasn’t prepared for was being one of only two African-Americans in the entire program.

The annual Academy Awards takes place on Feb. 26. The limited presence of African-Americans in film has long been a controversial subject as black actors and actresses have walked away 15 times with an Oscar throughout the ceremony’s 88 years, according to a Washington Post article. With Black History Month celebrated in February, Hunt, a humanities professor and a media studies professor discuss the portrayal and representation of African-Americans in the film industry.

Although Hunt ended up graduating with a degree in journalism, his background and academic research led to him serving as a consultant for television networks on the issue of diversity. Part of this work includes reading scripts and providing feedback on how to reduce stereotypical portrayals.

“One of the things we know about media is that the more we consume it, the more the images that are common in it start to normalize our view of the world and what we expect to see and the way we think about other people,” Hunt, who is also a sociology professor at UCLA, said in a phone interview with the Deseret News. “This is one of the reasons why stereotypes are so damaging, because they can limit the ability to literally see the humanity in other people.”

Black characters in film have traditionally been portrayed in negative, dehumanizing ways, often playing secondary characters whose purpose is to provide comic relief, according to Kerry Soper, a humanities professor at Brigham Young University.

Soper pointed to the “complacent Uncle Tom” character type and the “heavy-set mammy” character type as examples — the latter receiving much attention in 1940 when Hattie McDaniel became the first black actor or actress to win an Oscar for her role as Mammy in “Gone with the Wind” (rated G). Despite this significant achievement, many criticized Hollywood’s systemic use of racial stereotypes, and in the 1940s and 1950s the NAACP launched a campaign to protest these racist caricatures, Soper said in a telephone interview.

The campaign did have some success in eliminating a few of these negative portrayals, according to Soper, and in the 1950s and 1960s moviegoers began to see black characters featured more prominently in movies. Actor Sidney Poitier was at the forefront of this movement, portraying the lead in films such as “Guess Who’s Coming to Dinner?” (unrated) and “Lilies of the Field” (unrated), a movie for which Poitier became the first African-American male to win an Academy Award for best actor in 1964.

African-Americans are seeing an increase of positive portrayals in the film industry, according to Beretta Smith-Shomade, a media studies professor at Emory University. She appreciates recently nominated films such as “Hidden Figures” (PG), “Moonlight” (R) and “Fences” (PG-13) for placing African-Americans in “much more compelling roles” that drive the film’s narrative.

“It’s good to see characters and stories being told that have not been told before,” she said.

Although the film industry has come a long way in its portrayal of African-Americans, there occasionally is a revival of the more traditional, negative portrayals, Soper said. He mentioned how some contemporary films have made use of the “magical negro” story device — a character that has no development and exists solely to help and enlighten the white character protagonist.

Director Spike Lee popularized this term, using “negro” to convey that there is a patronizing element about this character type, Soper said. A contemporary example of this archetype can be seen in Robert Redford’s film “The Legend of Bagger Vance” (PG-13).

In this film, Will Smith plays a caddy with mystical powers who comes to the aid of a man, played by Matt Damon, who is struggling with his golf game as well as with his family circumstances. Smith’s character in this movie serves as a “romantic prop” that helps the protagonist achieve self-actualization, according to Soper. Morgan Freeman has also played this role many times, Soper said, most obviously in his role as God in “Bruce Almighty” (PG-13) and “Evan Almighty” (PG).

Soper pointed to “The Help” (PG-13), which was nominated for best picture in 2012, as being “a tentative step in the right direction,” but still problematic with its African-American characters serving as props to further along the protagonist’s journey. He commended the film “I Am Legend” (PG-13) for its portrayal of Smith’s character as an “everyman figure” that makes race “almost secondary.”

Even with the recent success of movies such as “Hidden Figures” and “Fences,” the film industry remains a few strides behind in terms of African-American representation when compared to television, according to Hunt and Smith-Shomade. Hunt described the television industry as being in a kind of “Renaissance” age, with considerably more diversity and variety being offered.

Smith-Shomade echoed this sentiment, stating that even though the “numbers are not reflected still by the population at hand … representation (on television) is much more broad than it has ever been.”

A part of this gap has to deal with the contrast between the television and film industries, according to Hunt and Smith-Shomade. While television has hundreds of outlets and platforms with a need for original content that in turn creates chances for minorities to tell their stories, the film industry is not set up in a way to provide as many opportunities.

“We don’t make as many films, and because of that the industry tends to be very risk-adverse in terms of who they will entrust these hundred-million-dollar budgets to when it comes to making films,” Hunt said.
This under-representation is perhaps most noticeable with the Academy Awards, which has received criticism for its lack of diversity in recent years. According to a Washington Post article, African-American Oscar nominees have yet to catch up to their share of the United States population. The closest they have come to being fully represented was in the early 2000s, and it has been a downward trend ever since, according to the charts with the article.

With “Hidden Figures,” “Fences” and “Moonlight” all receiving best picture nominations for the 2017 Academy Awards, African-American representation in film is definitely taking a step in the right direction, according to all three professors.

“There used to be this old adage that you’re not going to see a major Hollywood film about black people unless it’s about civil rights or slavery,” Hunt said. “Hopefully, that day is gone.”
Soper credited “Hidden Figures” for making the African-American characters the center of the story and for portraying them as “fully three-dimensional characters with complicated personalities that are neither wholly heroic nor wholly simplistic.”

Smith-Shomade appreciates these films because they are compelling narratives with broad appeal.

“(These films) tell stories that resonate with black audiences but also can resonate with other audiences as well,” she said. “There’s something very culturally specific about them that makes them endearing and shows a side of humanity that oftentimes gets lost in other types of films."

It is significant when such films receive recognition in the Academy Awards because it can affect the thought process of the executives behind the screen and open up the door for greater possibilities, Hunt said.

“Just having the nominations is a huge first step, but a home run is if several of those nominated actually win,” Hunt said. “Because then it gets decision makers thinking, ‘OK, this actually does sell. And not only does it sell, it’s critically acclaimed and maybe we need to make more films like this.’”

Soper agreed that greater change needs to occur behind the screen, with different voices writing and telling the stories, voices that are not as “shaped or filtered by Hollywood convention.”

The economics of Hollywood have always created challenges for African-Americans and other minorities in the film industry, according to all three professors, and at the heart of change needs to be a more diversified institution that “recognizes, appreciates and makes the types of films that the diverse audience really wants,” Hunt said.

While the challenges are far from being over, the popularity and success of several nominated films for this year’s Academy Awards show that stories unique to African-American culture are being increasingly validated and valued, Smith-Shomade said.

“It’s like it went from zero to 60 in one year,” Hunt said. “So the question is, ‘Will that continue?’ I think it will continue if the industry continues to make films that are of the quality that they should be making, that tell diverse stories that involve diverse people, not just in front of the camera but also behind the camera."