Congressman's son dabs in photo-op with Paul Ryan, gets grounded 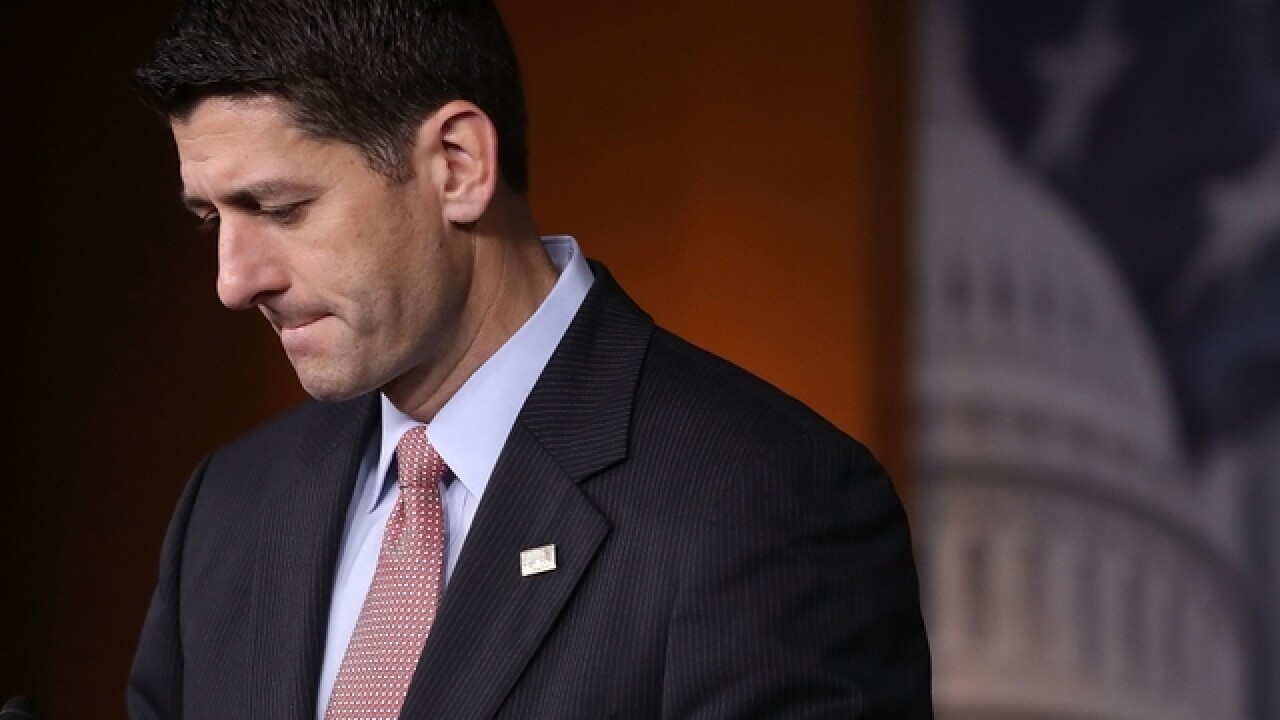 By: Mina Abgoon
Posted at 7:28 PM, Jan 04, 2017
House Speaker Paul Ryan isn’t quite sure what dabbing is, but he got to experience the trend firsthand.
Ryan appeared quite mystified Tuesday during a photo-op with a new Congressman and his family, according to Time.
When the son of newly-elected Kansas Rep. Roger Marshall tried to dab during the photo, Ryan reportedly asked, “Do you want to put your hand down? Are you going to sneeze?” See footage below.
Dabbing is a bizarre pose popularized by Carolina Panthers quarterback Cam Newton, Time reports.
Well, the teenager eventually gave up his pose, telling Ryan, “Don’t worry about it.”
But the speaker clearly couldn’t get the incident out of his head.
Ryan later tweeted, “Just finished swearing-in photos. Nearly 300 members. Countless cute kids. Still don’t get what dabbing is, though.”

Marshall assured Ryan that the move wouldn’t go without punishment, tweeting out a link to the story and writing, “Just so you know @SpeakerRyan: He’s grounded.”