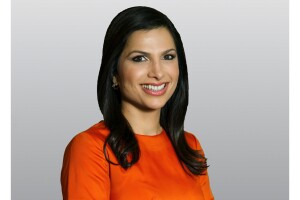 Mahsa Saeidi joined KTNV-TV, 13 Action News as a reporter in June 2015. Two years later, she was promoted to anchor the 3p.m. broadcast. Mahsa is assigned to cover crime, legal issues, and law enforcement across the valley. Before moving to Las Vegas, Mahsa was a breaking news reporter at NY1, Time Warner Cable's 24-hour news channel in New York City. There she covered everything from the execution of two NYPD officers, to the East Village building explosion, to the death of Eric Garner and the growing tensions between the community and police.

Prior to that, she was an Assistant District Attorney in NYC. Mahsa also appeared as a legal analyst on Fox News and MSNBC. Currently, she is licensed to practice law in New York State.

Born in Iran, Mahsa moved to Northern Virginia when she was in elementary school. She studied Pre-Med Biology at the University of Virginia and received her law degree from Brooklyn Law School.