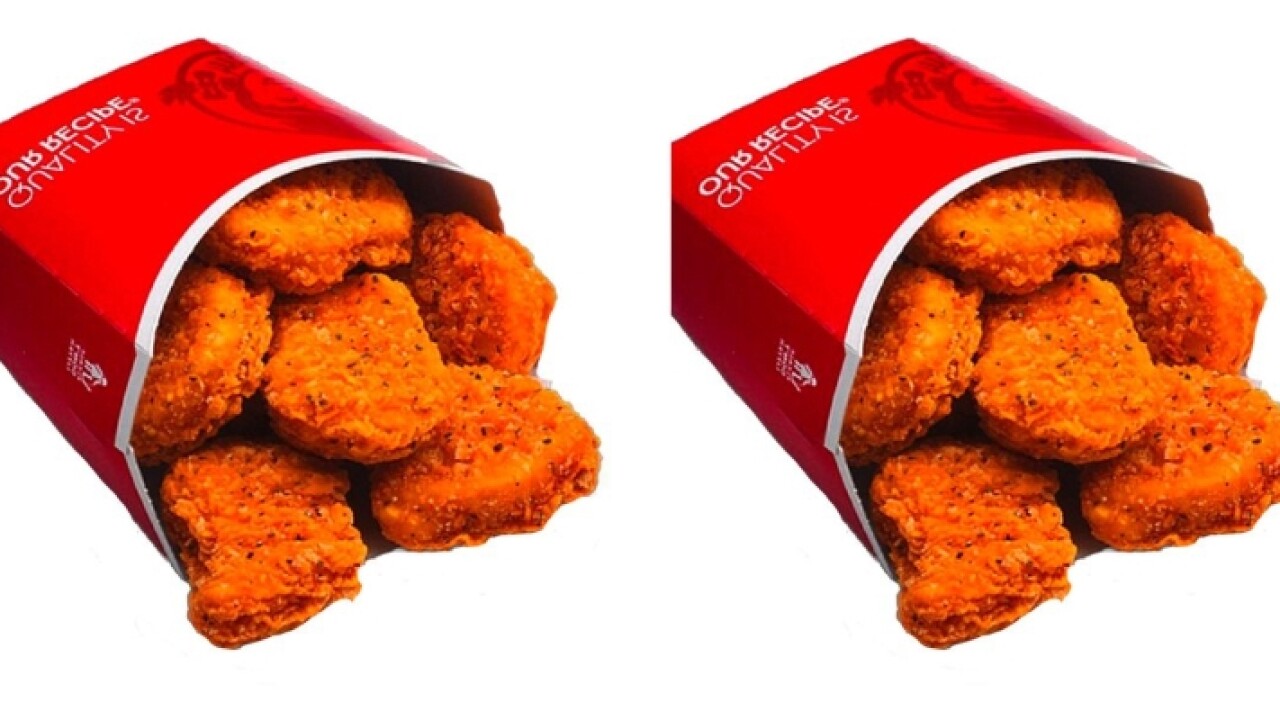 For over two years, Wendy's fans have clamored for a return of spicy chicken nuggets to the restaurant's menu. On Monday, they'll finally get their wish.

The restaurant chain confirmed on Twitter Thursday that spicy nuggets would return to the menu on Aug. 12.

The push for spicy nuggets' return began almost immediately after the item was removed from the menu. But the campaign really took off in May when musician Chance the Rapper asked Wendy's to bring them back.

Wendy's promised a return of spicy nuggets if Chance the Rapper could get 2 million likes on his Instagram post — a goal that his followers met easily.

Since then, Wendy's notoriously cheeky social media staff has been teasing the return of the nuggets.

Wendy's has said the nuggets will be available at all stores across the country.

Ok! Spicy Chicken Nuggets will now be back in all restaurants THIS MONDAY! Get ready.