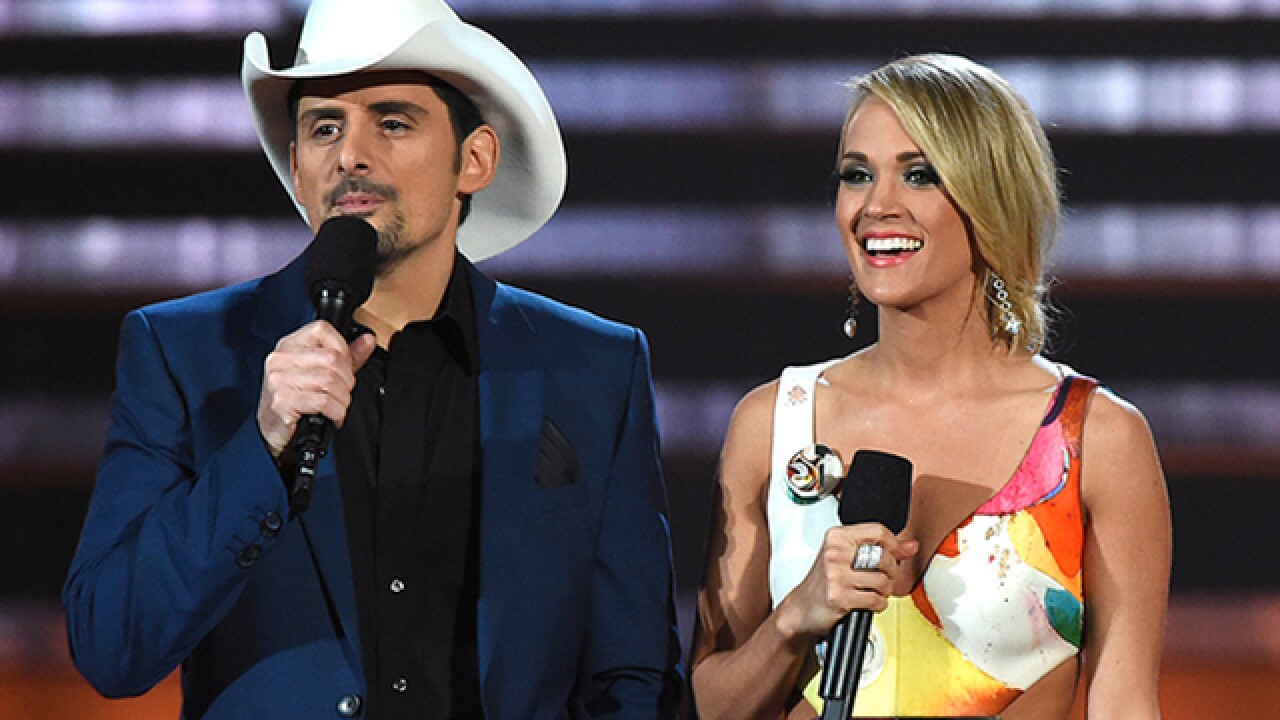 Brad Paisley and Carrie Underwood are celebrating their 10-year anniversary as hosts of the Country Music Association Awards.

The duo has hosted the show consecutively since 2008, and they return Wednesday for the 2017 CMA Awards at the Bridgestone Arena in Nashville, Tennessee.

CMA Awards: How Florida Georgia Line ended up on Morgan Wallen's "Up Down"

Country Music's biggest awards week kicked off with the SESAC Awards, followed by the ASCAP and BMI Awards.

It all leads up to country music's biggest night: The CMA Awards.

While Underwood and Paisley plan to tell jokes, watch performances and hand out awards, they also want to honor the 58 people who were killed at a country music festival in Las Vegas last month.

Paisley said the "show can be a combination of entertainment and therapy."

Jason Aldean was performing at the Route 91 Harvest Festival on Oct. 1 when a gunman fired on the crowd from a hotel room. Nearly 500 people were injured.

The CMA faced criticism after it sent out media guidelines asking journalists to avoid discussing several politically charged topics, including the Las Vegas shooting. However, the organization later reversed that edict.

**CNN also contributed to this report.