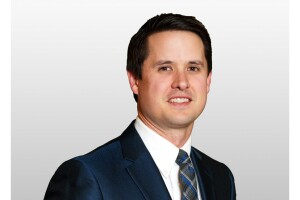 Bryan Callahan joined the Action News team as a general assignment reporter in August of 2013.

Originally from Visalia, California, Bryan worked in Fresno and Chico before moving to Las Vegas with his wife Elizabeth.

After graduating from California State University, Fresno in 2006 with a degree in Mass Communications and Journalism, Bryan immediately began his journalism career as an assignment editor and producer at KMPH in Fresno.

Keeping with his dream of getting out of the office and into the field, Bryan moved to Northern California where he and his wife both worked as reporters for KHSL in the Chico-Redding market.

Las Vegas marks the first time Bryan has lived outside of California. He was born and raised in Visalia, where he graduated from Redwood High School and freelanced for the local newspaper.

Eventually Bryan and his wife hope to visit all of the major landmarks in the area, including the Hoover Dam and Grand Canyon. In their spare time, they both enjoy watching movies, reading and taking their dog to local parks.