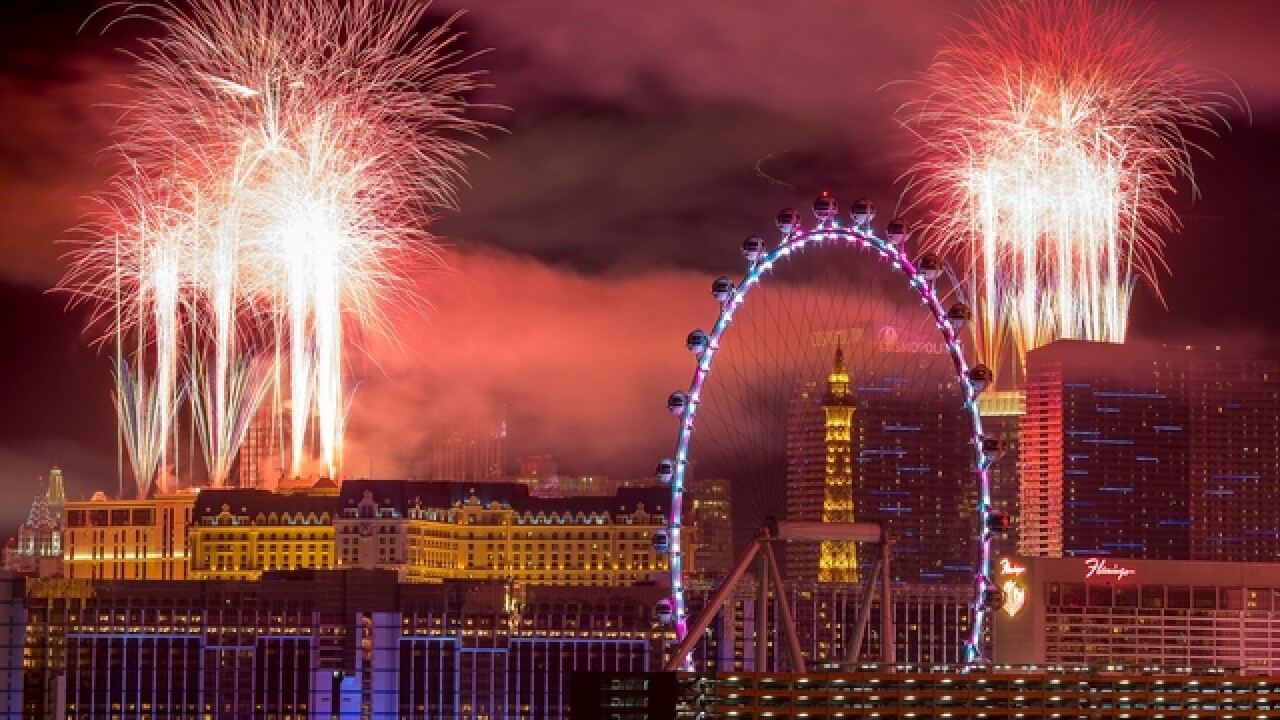 LAS VEGAS (KTNV) — There are many New Year's Eve events happening in Las Vegas to celebrate 2019. Here are some of them:

America's Party Las Vegas will feature more than 80,000 fireworks over the Strip's skyline for a planned 8-minute show starting at midnight that will include seven hotel-casino rooftops from the Stratosphere to the MGM Grand.

Fremont Street Experience invites partygoers starting at 6 p.m. to ring in the new year and experience the mind-blowing energy of downtown Las Vegas with non-stop live entertainment from 12 bands on four stages, including a dedicated EDM stage, and watch the iconic ball drop in Times Square on the world’s largest single video screen, Viva Vision. Following the celebratory midnight toast, guests can keep the party going under the 12.5 million energy-efficient LED lights of Viva Vision with complimentary light and sound shows by artists such as The Killers, Green Day, Imagine Dragons, The Who, Tiësto, and more. Pre-sale tickets for America’s Party Downtown are on sale now starting at $35.

Opportunity Village is excited to announce plans to ring in the New Year in exciting style. This special evening takes place New Year’s Eve at 9 p.m. to coincide with midnight on the East Coast. To celebrate, Opportunity Village will treat its guests to party favors and sparkling cider. The highlight of the evening will be a balloon drop followed by a spectacular fireworks display that will light up the sky.

The Plaza Hotel & Casino will have downtown’s only live fireworks show at midnight with prime views from the dome inside Oscar’s steakhouse and outside on Main Street, which is scheduled to be closed to vehicular traffic for a limited time from Carson Avenue to Ogden Avenue for the fireworks. In addition to its annual fireworks show, the Plaza also has a full evening of celebrations - a delicious dinner at Oscar’s Steakhouse, great entertainment with A Mob Story, complimentary champagne toasts, and “All You Can Drink” specials.

Lake Las Vegas will be hosting a New Year’s Eve fireworks display over the lake tonight at midnight. There will also be live music, special menus at restaurants in the village. All ages welcome.

This list will continue to be updated. Please send information in the format above to webmaster@ktnv.com to be included.