Nevada's unemployment agency is still playing catch-up more than seven months into the pandemic. 13 Chief Investigator Darcy Spears has been holding DETR accountable from the start, and checked back in with the agency that thousands say has let them down. 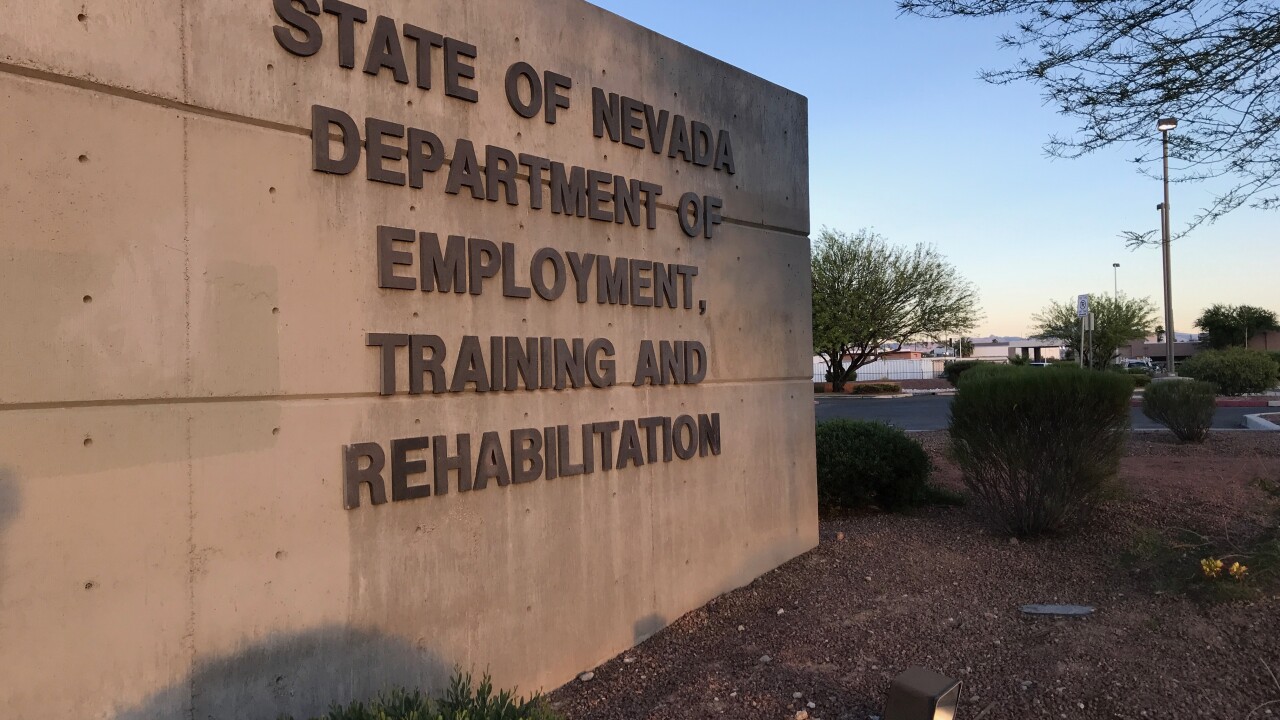 Thousands say the agency has let them down.

"This has been months. They can't figure it out by now?" wondered Kimberly Sperry, who's been awaiting Pandemic Unemployment Assistance benefits since March.

"I've exhausted all resources in trying to get through to DETR. I cannot reach them," said another claimant named Walt. "I started calling at 8 o'clock in the morning and I get a recording that all lines are busy at 8:01, please try your call again later. I don't know what else to do. I'm at a complete impasse. I've never imagined anything like this."

And then there’s a deeper level: helpless.

"My family needs to survive, and we need to eat. They need to fix this. This is my life!"

Kimberly has a mobile spray tanning and beauty business, "And due to COVID, I was completely shut down. And I don't really have any work at this point."

She applied and was approved for PUA. Her DETR dashboard shows she's eligible for $469 a week. But she hasn't received a penny.

"I have a family and I need to support them. I just need an answer... something!"

Easier said than done. Kimberly sent 13 Investigates a screen shot showing she'd recently been on hold with DETR for nine and a half hours.

"It's ridiculous, I mean, it's not right! You know? Are they taking calls for the whole country at this point? Come on!"

When DETR -- the state's Department of Employment, Training and Rehabilitation -- took over the phone lines after firing third-party call center Alorica, they promised it would get better.

"They hired hundreds of people to help out, supposedly. I haven't received any help whatsoever," said Kimberly.

Many claimants say it's only gotten worse.

"I guess they just want to keep our money and not answer any telephones and so on and so forth," added Walt. "I'm just so frustrated with this banana republic that we live in."

"It's beyond frustrating to have to wait for hours just to speak to someone on the phone," agreed DETR Rapid Response Strike Force Leader Barbara Buckley.

"DETR leadership, in working with the strike force, is very concerned about the call volume. Right now, it's unacceptable. People can't get through. And so that's why the resources are already being adjusted this week and further adjustments will be done next week," Buckley said.

"These are experienced UI (Unemployment Insurance) adjudicators who are being placed on the phone that can basically answer questions and fix claims without even the need for a callback."

Another 20 workers from the state's welfare department are being added to the PUA callback lines.

"At the same time, claims are still pouring in the doors," Buckley cautioned. "In the last four days, we had thousands and thousands of new claims that we believe are all fraudulent and they continue to slow down finding the legitimate claims."

When DETR took over the call center from Alorica, most of the staff was put on resolving PUA cases in the backlog.

Kimberly Sperry is one of those stuck at the end. To her, all of this sounds like, "More empty promises, to be honest."

The 400 new hires DETR has brought on since August have had to go through training and get up to speed in processing claims.

"So, the help is slower than we want to ramp up to help people," said Buckley.

Traditional unemployment claims are backlogged too.

"The UI backlog is still large. Folks are waiting about four months."

Once the PUA backlog is eliminated, Buckley says staff will be shifted to help with regular UI.

"There isn't one place in the unemployment system that doesn't have a line and a backlog."

As for the Lost Wages Assistance from FEMA, Buckley says all PUA claimants should have received the first three weeks and UI should be done by the end of this week.

But there's some bad news on that front.

Nevadans will get less from DETR than originally thought.

"Because FEMA gave them a lump sum amount and not guarantees on the week, their best guess was that the state was going to get four to five weeks, not the six."

For Kimberly and the thousands of other like her, Buckley has this promise, "They (DETR) have committed to reducing these hold times and doing whatever it takes to do so. So, if they have to contract with and add 45 additional staff, they told me this week they will do that. So, I have their word and I will hold them to it."