Residents fuming after HOA tows cars with no warning

A Las Vegas family is claiming that their HOA is making their life harder by severely limiting where they can park. Darcy Spears reporting. 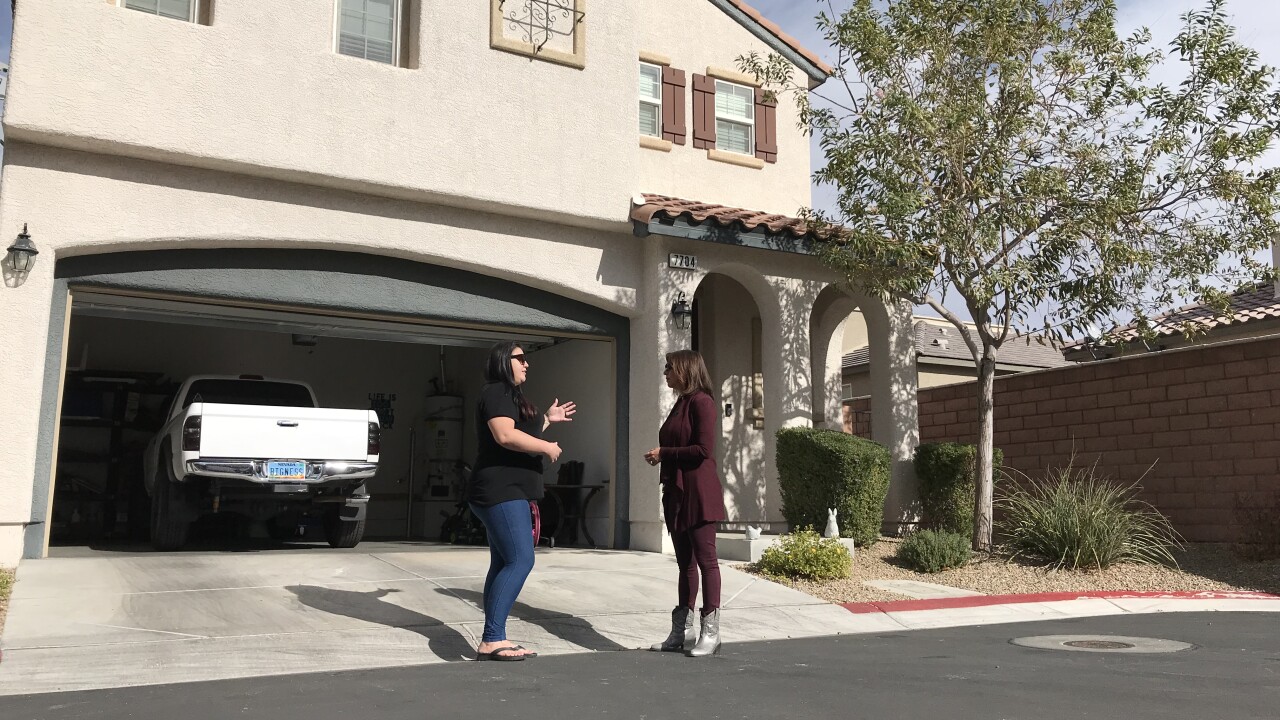 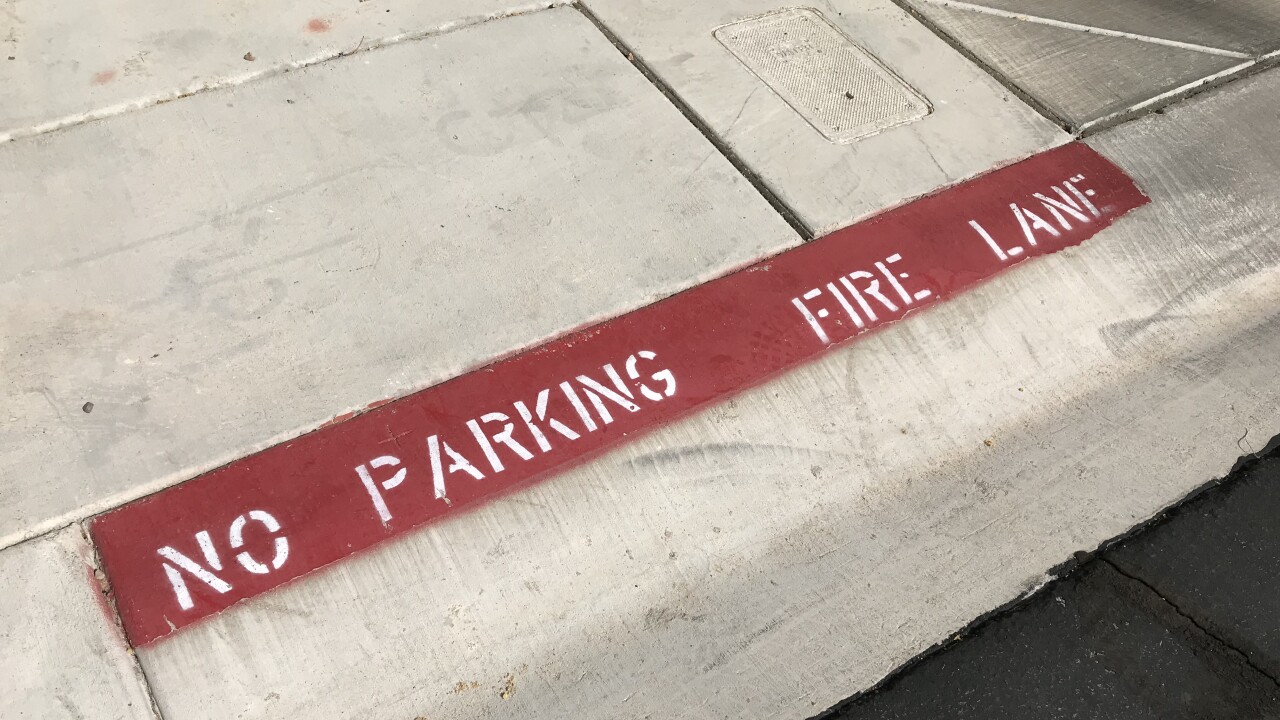 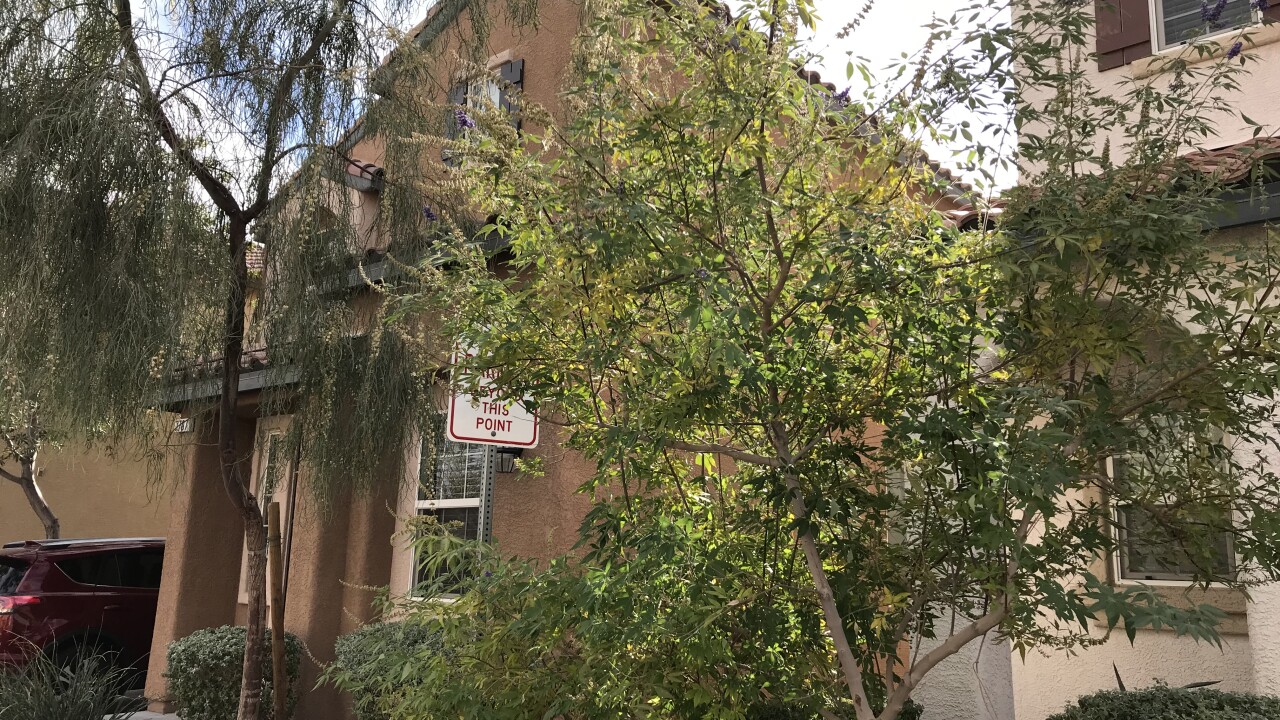 In Las Vegas, for most of us, our cars are absolutely necessary. So we need a safe place to keep our rides when we get home. But some homeowners tell us their community design has turned their neighborhood into a parking prison.

"It's ridiculous. It's too much," says one resident. "I know multiple people out here had their cars towed."

"It makes you feel unsafe in your neighborhood," says another homeowner named Crystal.

"Stressful. Exhausting. You know we were up at 4:30 in the morning thinking that our truck just got stolen."

In May, Crystal and her family bought their house in Trissino, an HOA community in Mountain's Edge.

But one late October night, Crystal was in for a serious scare.

Their truck was parked at the end of their driveway between the red lines of a fire lane.

Some say homeowners should know better.

However, the red only extends about half way up the street. And then you've got other neighbors here who clearly have two car garages, but it's ok to park a few feet up the street.

"I couldn't explain that to you," says Crystal.

Making things more confusing, there are signs posted on the streets that say "no parking beyond this point." But the two signs on Crystal's block were covered by trees when we met Crystal.

It turns out, Crystal's house is on what's called a stub-street. Space is so limited, half of the block is designated a fire lane.

13 Investigates has reported on this problem repeatedly where communities of densely packed single family homes are not designed with enough room for parking.

"I've had my own vehicle towed from the front of my house twice by my HOA and it's extremely frustrating," says County Commissioner Justin Jones who represents Crystal's area.

The county approves building permits that allow developers to build these parking prisons.

"I think there's been some mistakes made in some of the higher density communities," says Jones.

Jones says filling the need for affordable housing in the valley is an ongoing struggle.

Higher land cost means more houses need to be built in the same amount of space just for developers to break even. But for homeowners...

"It's kind of stressful," says Mike Morphis. "There's only so many spots you can park. And everything is in red."

Parking at the end of the driveway was common practice at Trissino.

Both his and Crystal's cars were towed legally according the Nevada Transportation Authority because even the end of the driveway is included in the fire lane. Advance notice isn't required by law because it's considered a safety concern.

The HOA contracted with Ashley's Towing for removing cars. Ashley's points to the signs and red curbs saying people need to take responsibility.

Jones says the situation is bad for everyone involved and agrees more disclosure could help.

"This is something that HOA boards simply need to work harder on. Even if you are going to enforce an on-street parking regulation and you have the authority to do so under your CC&R's, give people an opportunity ahead of time before you're going to do that."

A board member told 13 Investigates the HOA is revising its towing strategy and may consider refunding the towing fees to the homeowners. We've also confirmed Ashley's towing no longer works in Trissino but we don't know why.

Trissino HOA and its management company RPMG, declined an on-camera interview. They provided the following statement:

Trissino Homeowners Association along with Real Properties Management Group, Inc. adheres to the policies and procedures as set forth in the association's governing documents. At this time, not knowing the specifics, here are general examples of parking violations that would be subjected to be tagged or towed. Any vehicle that may be abandoned, no license plate and/or expired plates, stored, fire lane, and vehicle parked passed the NO PARKING BEYOND THIS POINT signage as the entire cul-de-sac is a fire lane, which includes parking at the edge of the driveways.