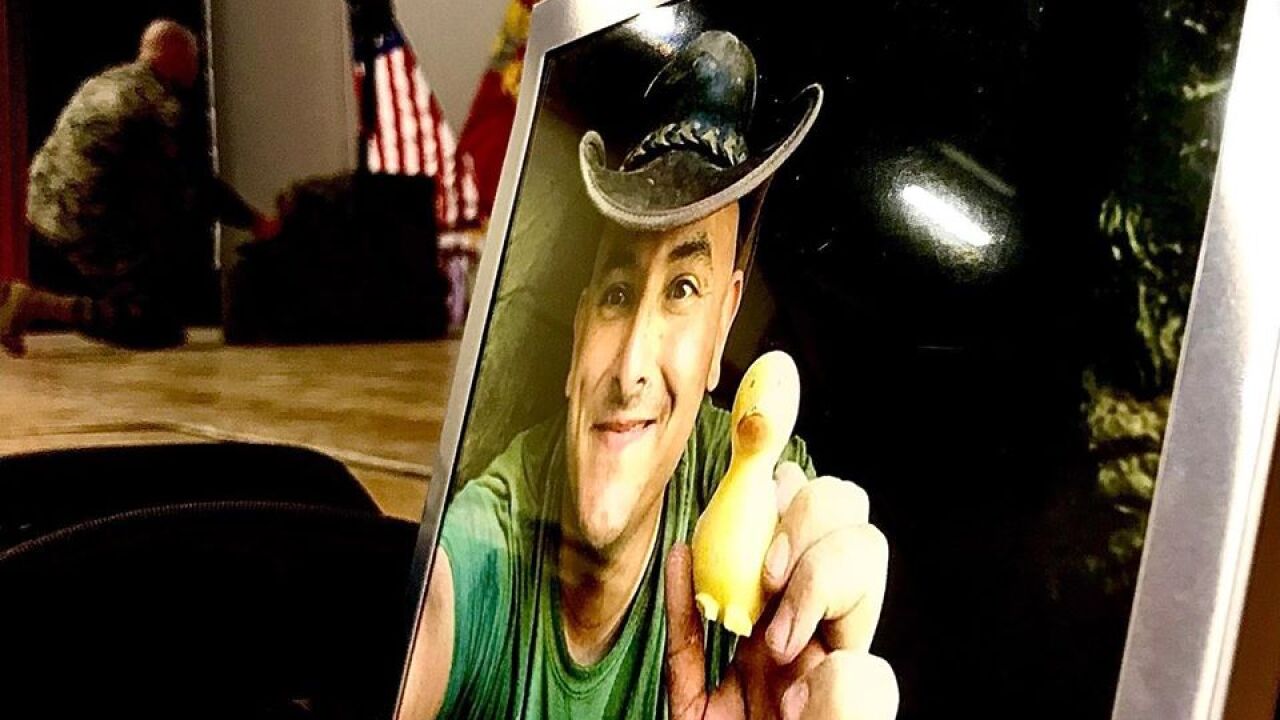 LA VEGAS (KTNV) — A military service member has been charged in connection with the shooting death of a Navy medic on the Twentynine Palms military base.

Other service members could be facing charges, too.

As we reported in November, the medic's death was first called a suicide, but family and close friends always believed he'd been killed by someone else.

Jose and Sandra De Leon were overcome when they learned a service member has been charged and others are being investigated in connection with the death of their son, 30-year-old Navy Corpsman Michael Vincent De Leon.

Speaking with our sister station in San Diego, the couple shared the sense of loss they feel to this day.

"Sometimes I just listen to his recordings... Just to hear his voice," said Sandra as she tried to hold back tears.

A Marine spokesperson confirmed that one person has been charged with dereliction of duty resulting in death.

A hearing has not yet been set.

De Leon's parents first contacted our San Diego sister station for help after claiming the military stonewalled them from getting answers about their son's death.

A source with close military ties said Naval Criminal Investigative Service (NCIS) confirmed the shooting death was being investigated as a homicide and not a suicide like his parents said they were led to believe.

"The phone call from that residence using my son's phone was that it was a suicide," Jose said.

And that's what led to speculation of a cover-up.

"When the family was initially told that this was suicide, when you heard that, what was your reaction?" Darcy Spears asked Navy veteran Christopher Bastean, a long-time friend of the De Leon family.

"That was my friend. Someone I served with. That I would go hand in hand with."

Calling him a military brother and close personal friend, Bastean says Michael would never take his own life.

Bastean has been working with Michael's parents in a quest for justice since the couple learned of their son's death last summer.

Jose De Leon said prosecutors told him the service member charged in connection with his son's death is also a Navy corpsmen -- a type of medic -- who was at a house party on-base with Michael and other corpsmen.

De Leon said prosecutors also told him that some of those corpsmen are likely facing upcoming charges.

"You know your rules! You treat it like it's loaded at all times! You don't point a weapon at somebody you don't intend to shoot! Those are basic foundations that cause you to be responsible for your actions!"

De Leon echoes that, saying "They're trained in firearms and in trauma response. They knew better."

NCIS is not providing any details. A spokesperson reported the investigation is still open.

The good news in all of this is that the long wait has not been in vain," Jose said.

A Marine spokesperson said they are not giving out the names or ranks of those who may have been involved, or what punishment they could face if convicted.