Allegations of cruelty and neglect at a place you might not expect, the pet groomer. 13 Chief Investigator Darcy Spears shows us the complaints from two sets of pet owners led to criminal investigations. 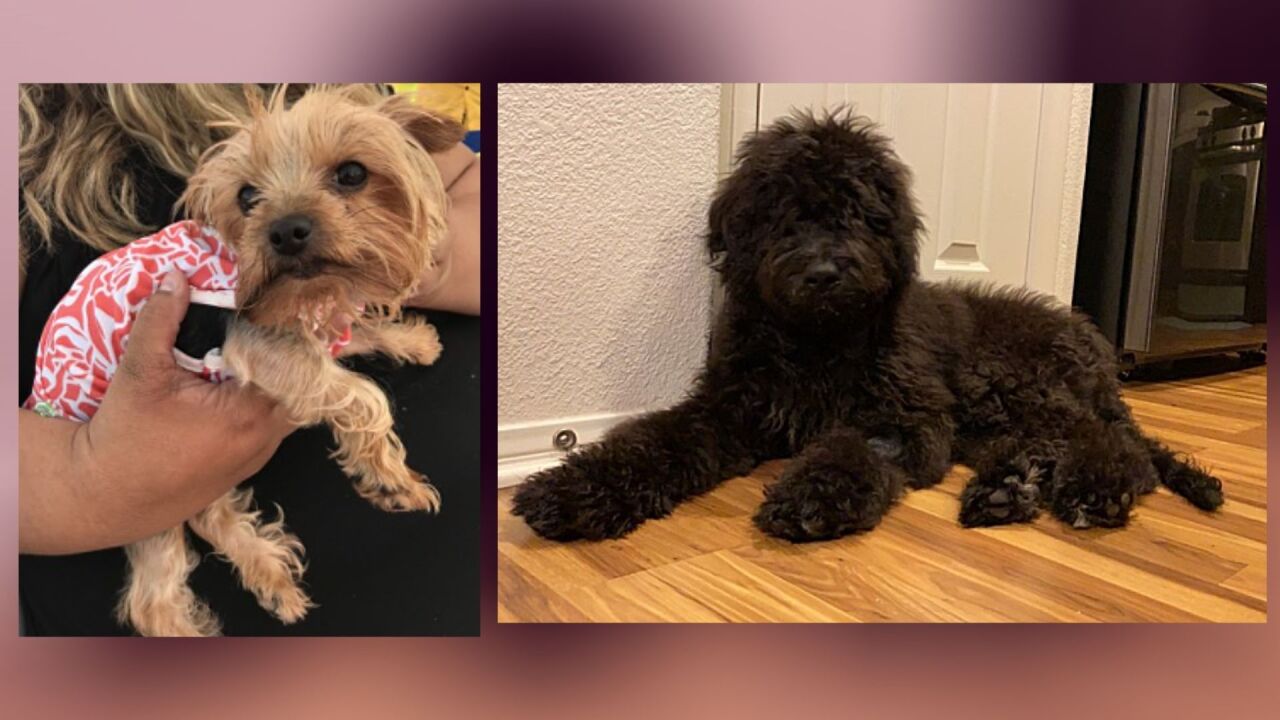 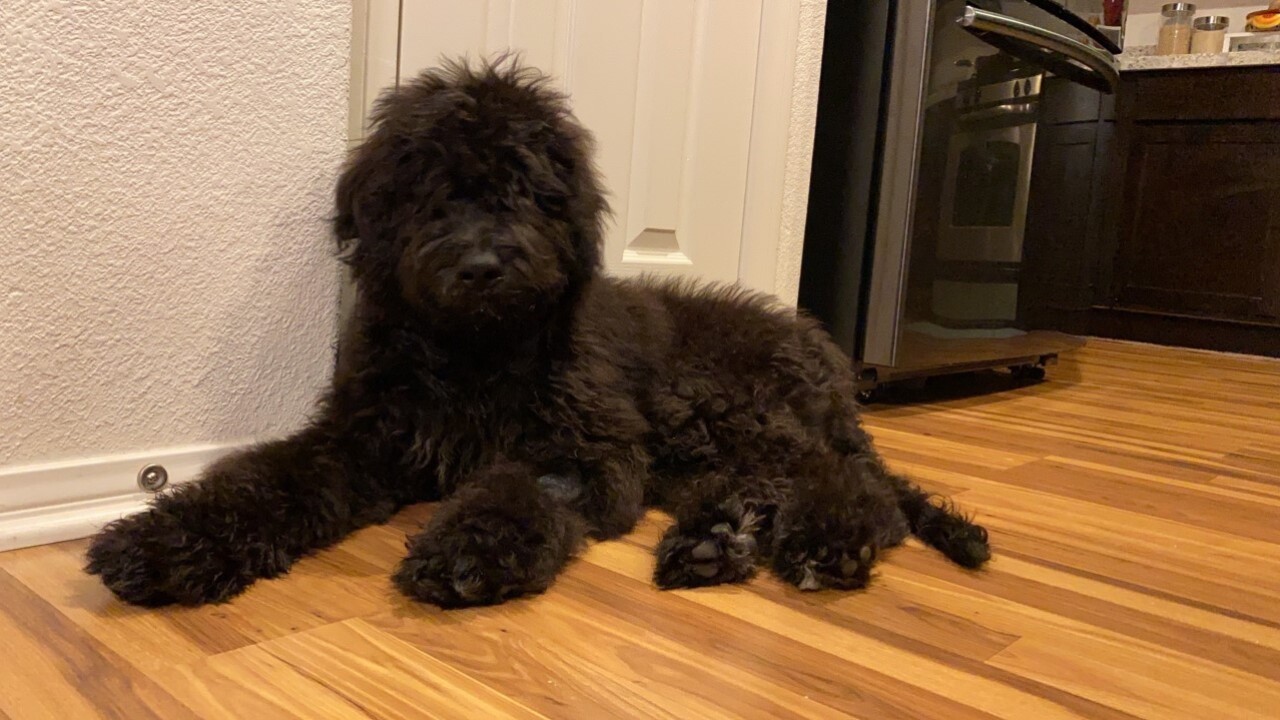 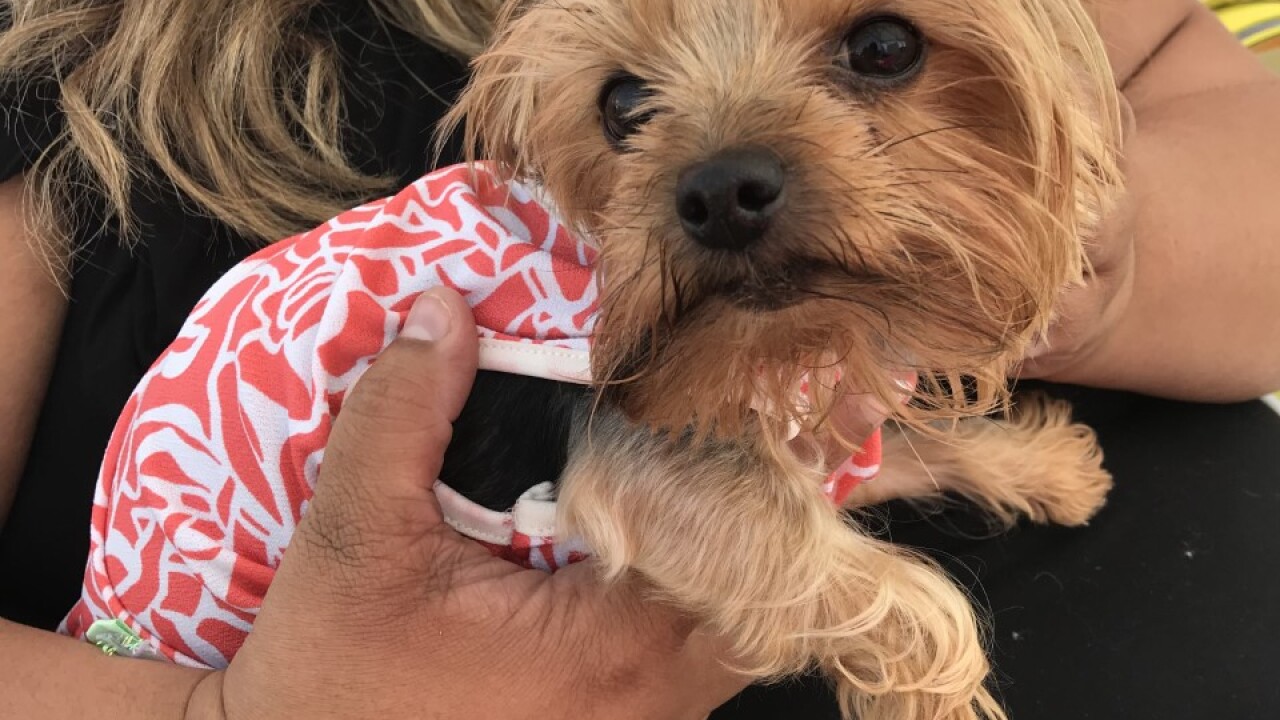 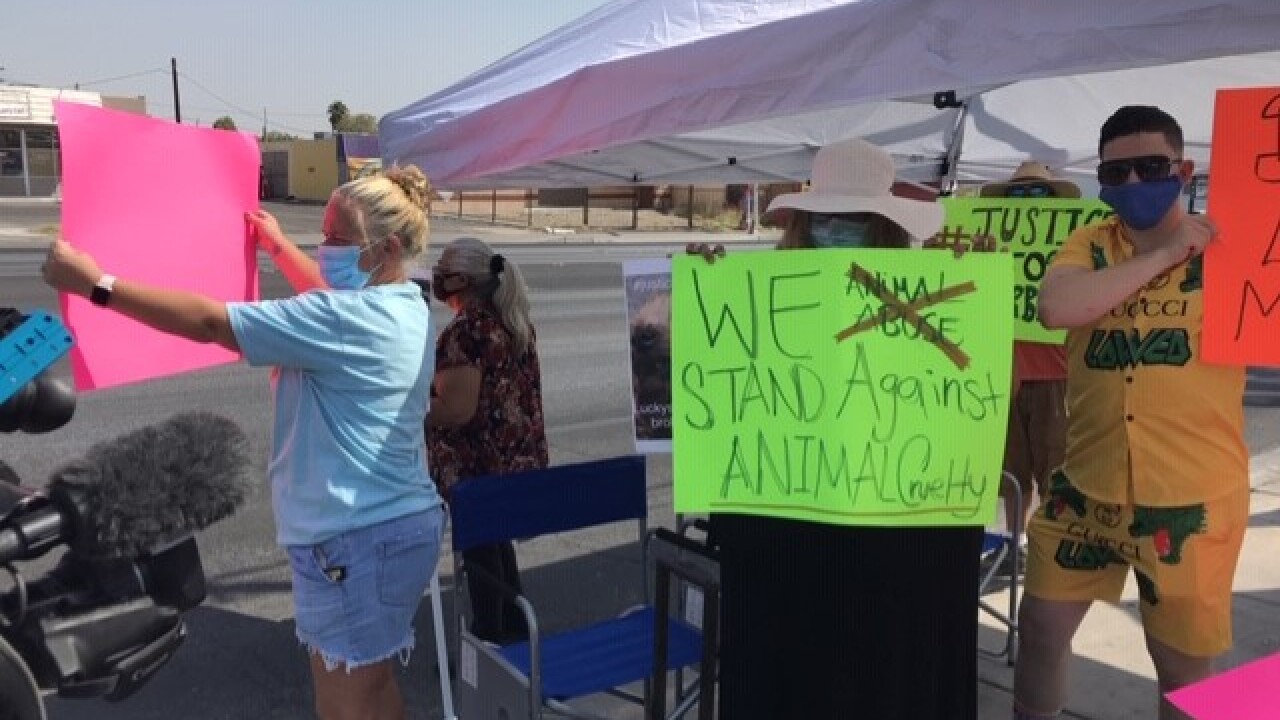 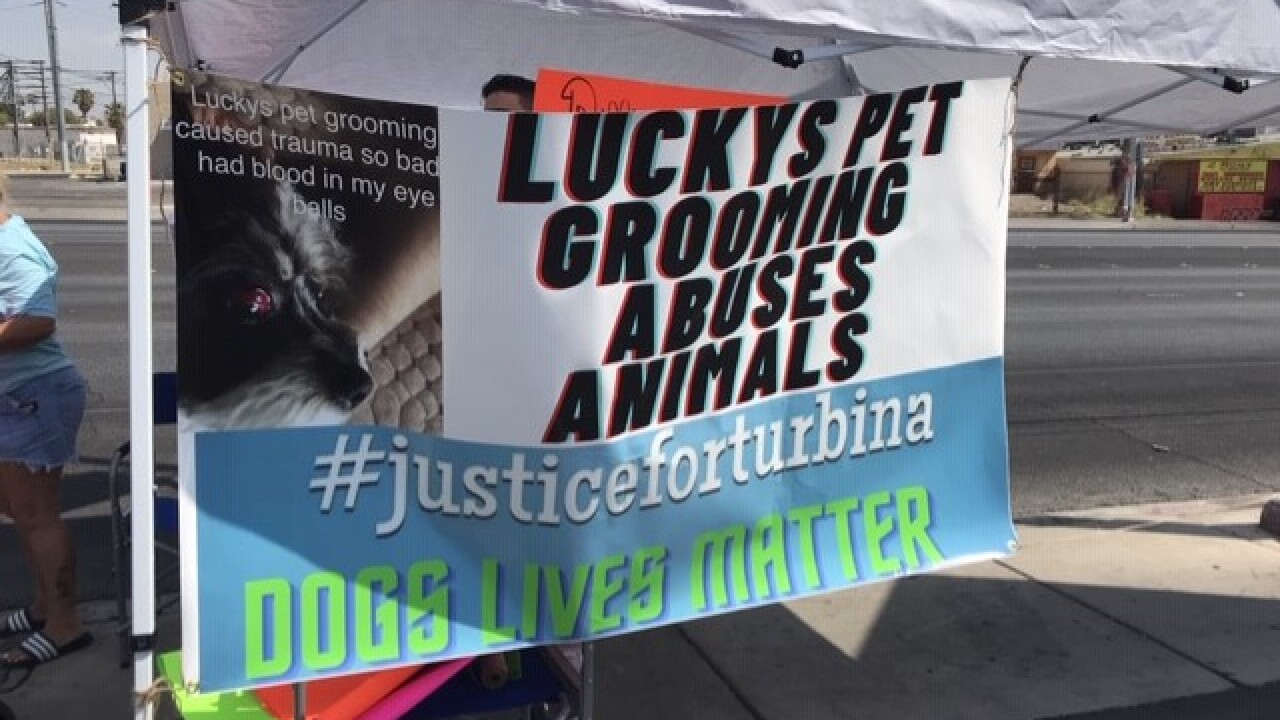 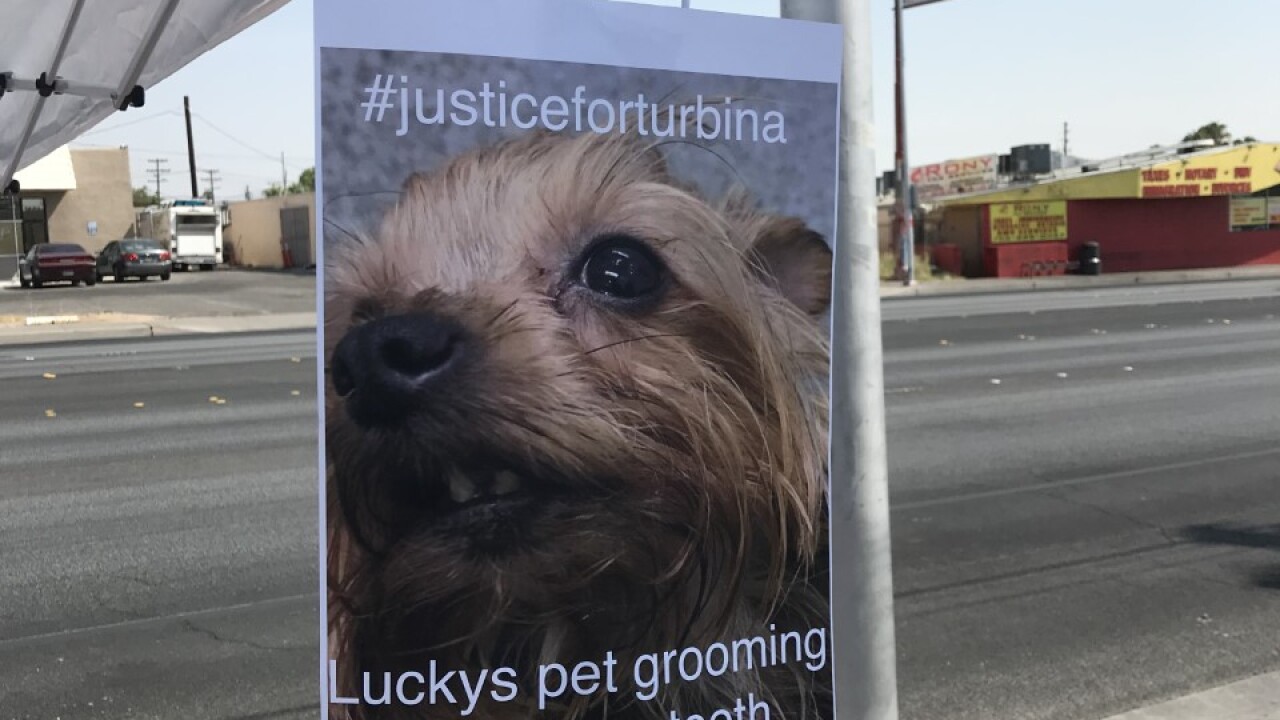 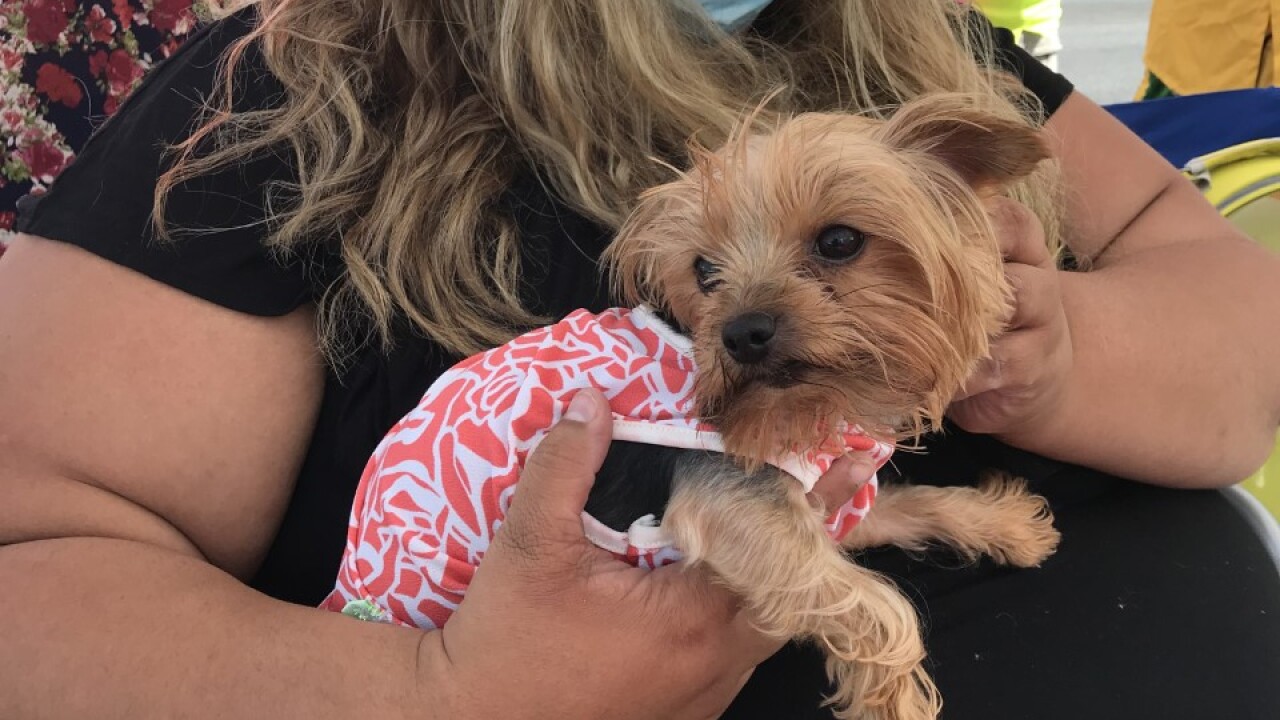 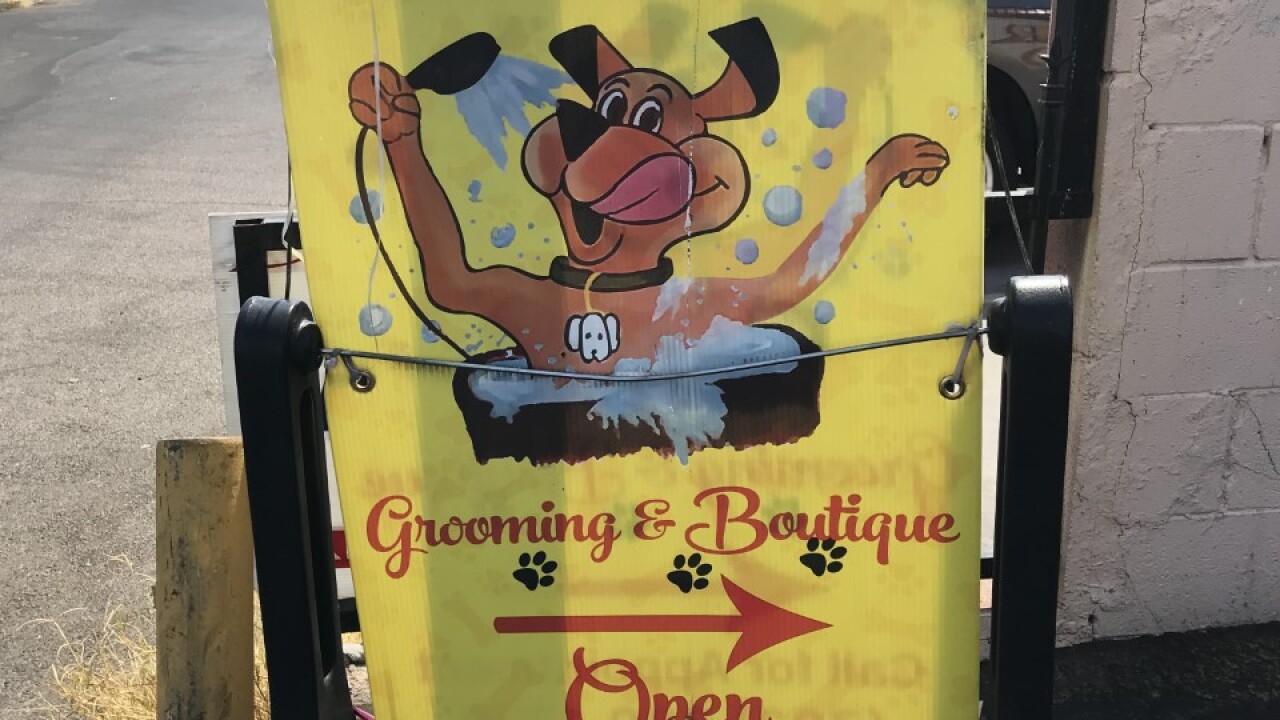 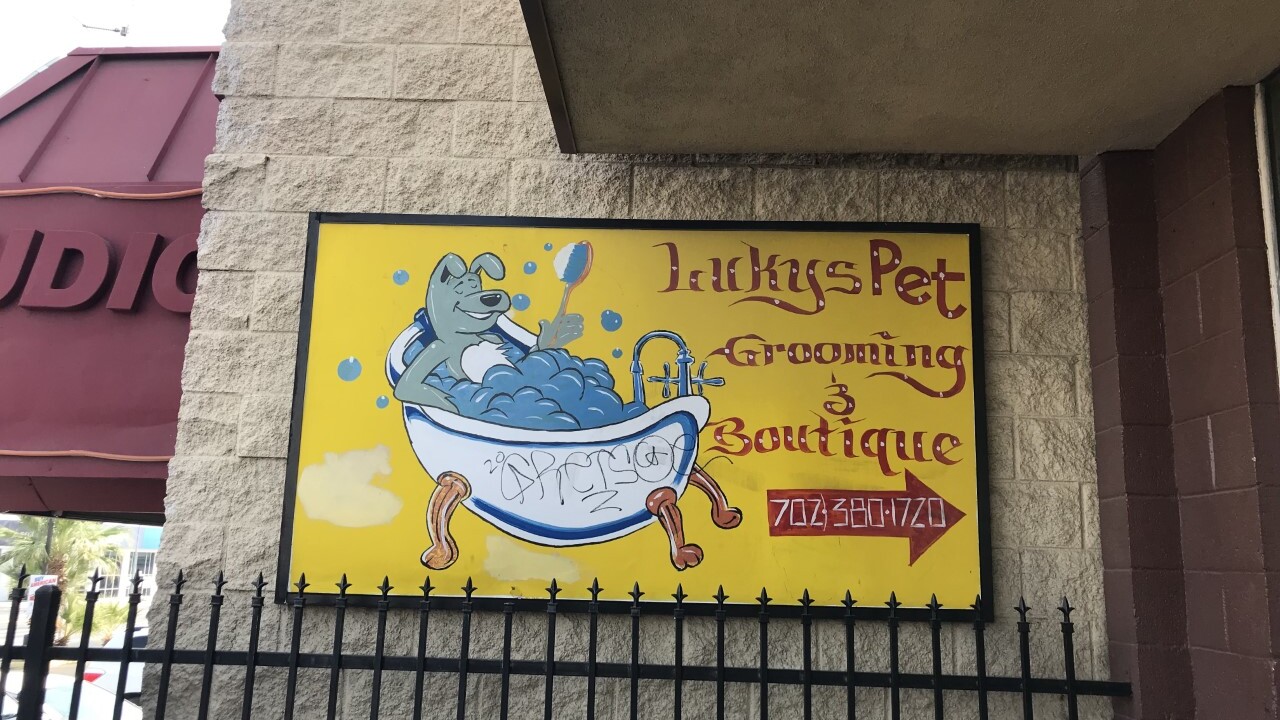 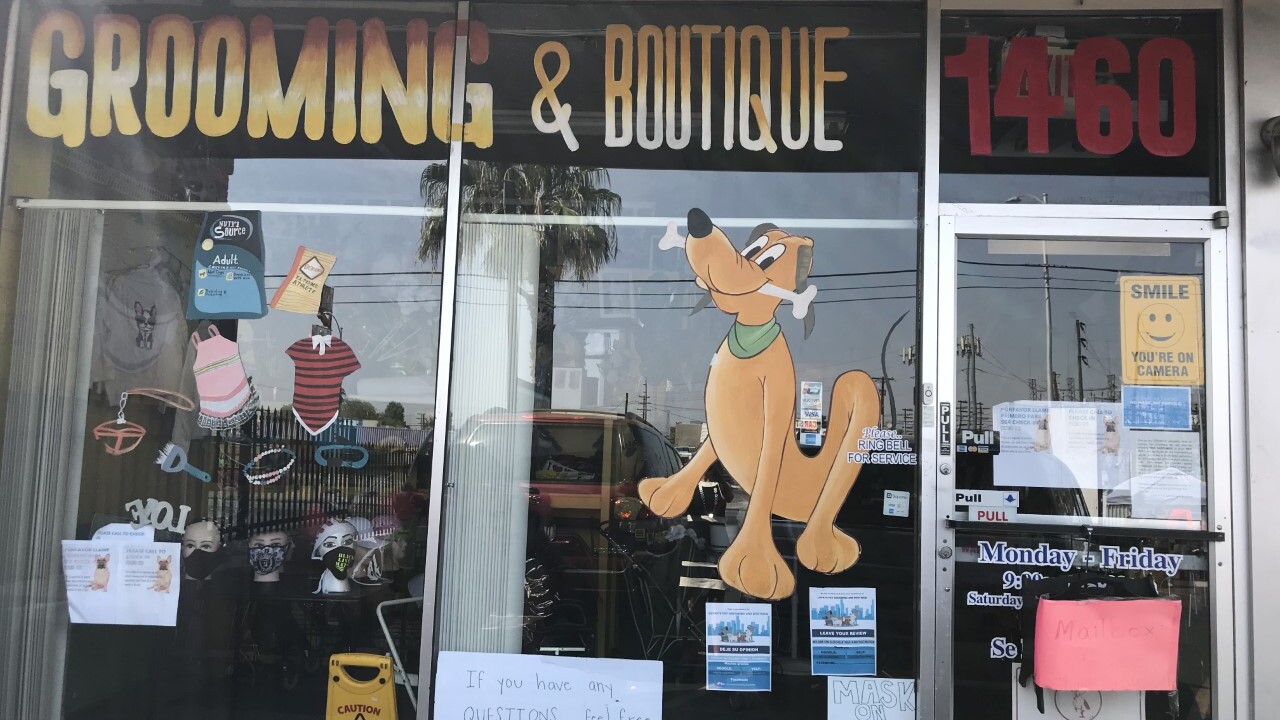 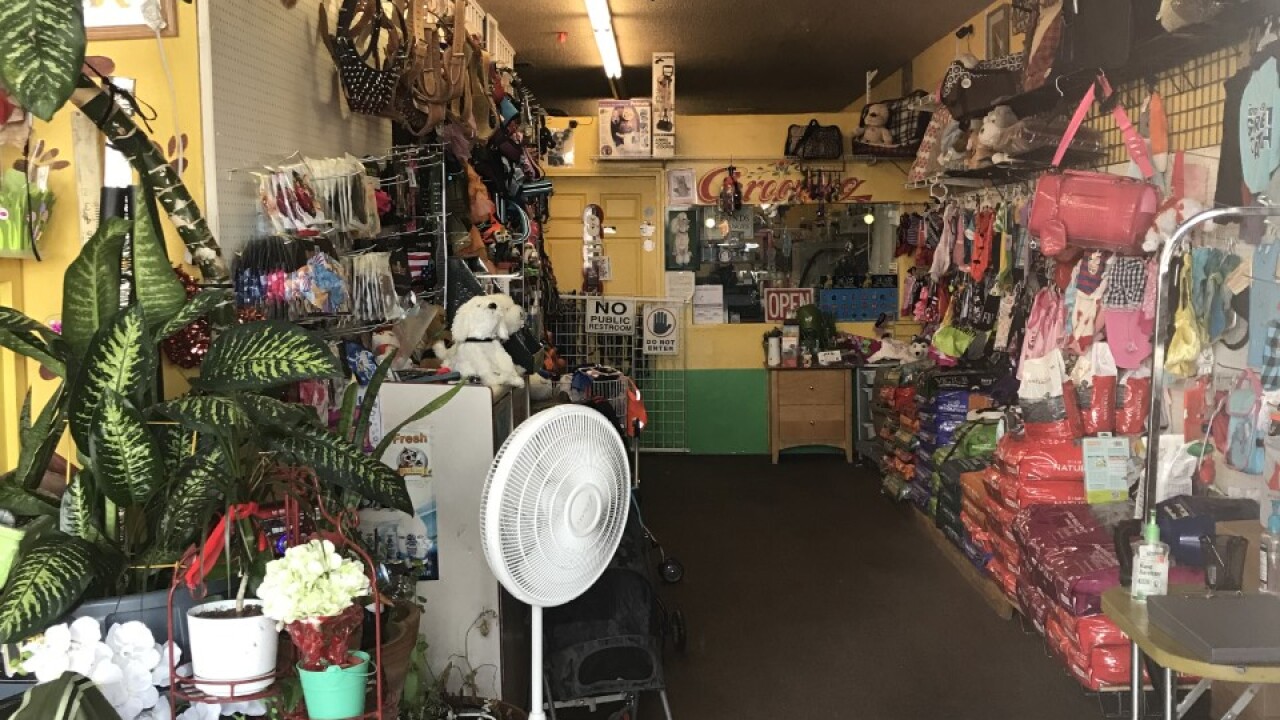 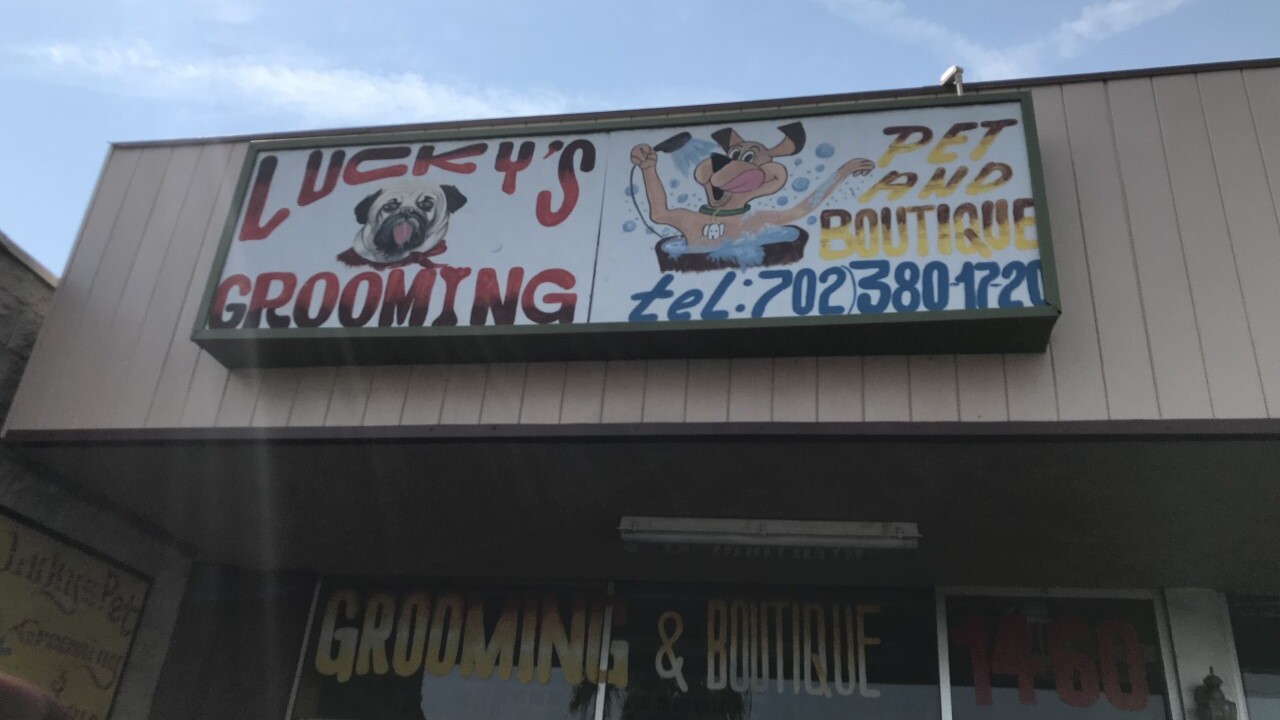 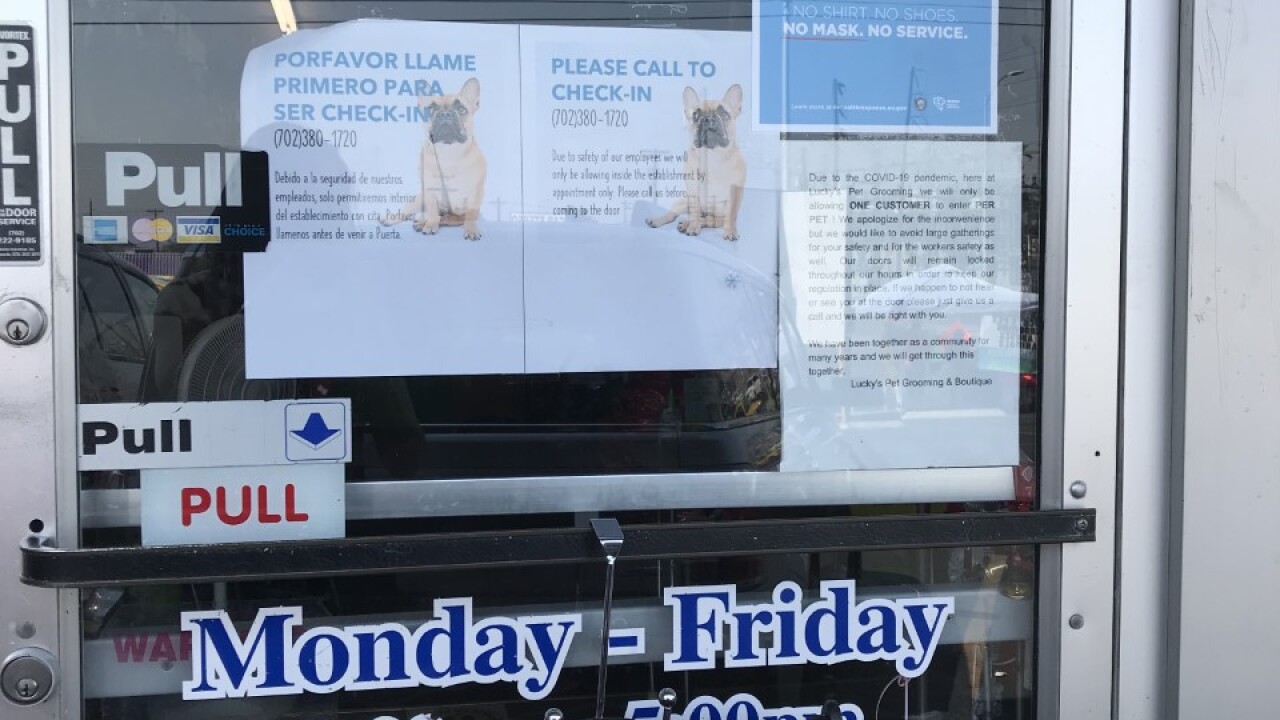 Those are the allegations currently under investigation by the Las Vegas Metropolitan Police Department, city, and county animal control.

While those agencies pursue potential charges, the families 13 Investigates spoke to are on a quest for oversight of an unregulated industry.

On the east side and in the southwest, two families are fighting back against dog groomers they say hurt their pets.

"And I promise her every day that I'm not gonna let anybody else hurt her," said a tearful Margarita Bicana, about her Yorkie named Turbina.

"She ended up having surgery for her jaw because it was broken. It just broke my heart. She didn't deserve that," Bicana said.

Surveillance video from the groomer's lobby is part of an ongoing criminal investigation by LVMPD and the City of Las Vegas Animal Control into Turbina's treatment at Lucky's Pet Grooming.

A second police report from another pet owner shows Margarita Bicana's dog is not alone.

According to that second report, Coco, a Shih-Tzu/Poodle mix groomed at Lucky's in 2018, was treated by a vet for broken blood vessels in her eyes due to suspected trauma.

The owner believed Coco was either hit or strangled.

Margarita and her family and friends have started a Justice for Turbina Facebook page, and they've taken to the streets to protest in front of Lucky's and Animal Control to call attention to Turbina's plight.

When she tried to get answers from Lucky's about what happened to her dog, "I call them, they hang up the phone on me."

She took pictures and video of the owners shutting the door on her.

She's been taunted and filmed by one of the owners who came out of the business during one of her protests.

Lucky's wouldn't communicate with 13 Investigates either. The owners did not return repeated phone calls and texts.

And neither did their lawyer, despite a sign in the groomer's window saying to contact the attorney with questions.

"We want them shut down," Bicana said. "We don't want any more victims."

Although the owners did not respond to 13 Investigates, one of them did talk with City of Las Vegas Animal Control.

Records show Owner Mayra Mucia denied any wrongdoing. She said Turbina was happy and friendly while being groomed and nothing happened while the dog was in the shop.

Records state Mucia raised concerns about the owner’s care of the dog due to a bad smell when Turbina was brought in.

As there was no video in the back grooming area, Animal Control notes that no proof was provided that the injury occurred at the groomer or that there was a malicious act at the grooming shop.

Across town, in Mountain's Edge, Mariana Alvarado Garcia says her kids are lucky they're still able to play with their Bernedoodle puppy.

"It was one of the scariest days of our lives," Garcia said, recalling Aug. 30 when they thought they were going to lose the newest member of their family.

"He kept asking me, 'Is he coming back, Mom? Is he going to die?' And, there were moments with just me crying and I couldn't answer," she said.

Five-month-old Cosmo's visit to Barking Dogs on Cimarron and Blue Diamond roads was his first time being groomed.

"You bring your healthy puppy for a haircut and then they give you back a dog that is not able to breathe and is spitting blood," Garcia said, as she displayed photos of the foamy blood Cosmo vomited on Barking Dogs' floor right after his grooming.

"Right there. They couldn't just deny it," she said.

They rushed him to an emergency vet hospital where Cosmo was kept overnight on oxygen because he couldn't breathe on his own.

Chest X-rays showed fluid in his lungs which vet records say was "likely" the result of choking.

"It seems like big negligence, first of all," said Garcia. "And no supervision."

Cosmo was placed under home quarantine by Clark County Animal Control because he bit the groomer while under stress.

Barking Dogs is under investigation by animal control.

"They said to me he did suffer a lot and that just broke, shattered my heart," said Garcia, describing a conversation she had with animal control after officers watched video surveillance from Barking Dogs' back room.

Lucky's Pet Grooming, where Turbina was, only has cameras in the lobby.

13 Investigates asked Barking Dogs to let us see the video of what happened to Cosmo but they refused, saying it's "not available for public distribution" - after first agreeing to and then backing out of an on-camera interview.

In County records obtained by 13 Investigates, Animal Control officers describe what the video shows: A female groomer “dragging (Cosmo) back and forth in the grooming area by the leash. She then dragged the dog up on the table where it fell off the other side, but (the) groomer was still hanging on (to the dog) by the leash. The dog was then dragged out again by the groomer. There were two other people standing in the area that didn’t come to help until after the dog bit the groomer.”

The case has been referred to Las Vegas Metropolitan Police detectives.

"On August 30, one of our groomers mishandled a Bernese Mountain Dog Poodle mix puppy when the dog stopped suddenly while being walked from the bathing area to the grooming area. Sometime later, we were informed there might be an issue and the dog was being taken to the vet. We immediately contacted the vet and provided our credit card to cover any and all costs. When we were contacted by Animal Control, we cooperated fully, providing them with all information and access to our employees. We currently are awaiting their final report. While we don't believe our groomer had any ill intentions, she acted inappropriately and should have simply asked another groomer for assistance. She has since been terminated. As a matter of protocol, we provide extensive training to all our employees on how to deal with reluctant pets, and we will be providing retraining as a result of this occurrence. Our company has been in business since 2006 and we have had no prior incidents. We work extensively with pet rescues, both corporately and individually, and we all are in this business because of our love of animals. We have been regularly checking in on the well-being of Cosmo, and we are thrilled to hear he is doing well."

"Not everyone should just be able to touch a dog," she said.

PIJAC President Mike Bober says, "Groomers should absolutely commit themselves to the highest levels of training and education and preparation before they even get into the trade."

But Bicana and Garcia want oversight.

"We want to make a law so they regulate pet grooming facilities," said Bicana. She's started a petition to press for that.

Connecticut is the only state with specific requirements for individual groomers.

In Nevada, there is no special oversight for the profession, even though it's a specialized field.

"Grooming really is almost equivalent to health care for pets," said Bober. "The very real responsibilities of grooming turn groomers into, in some cases, a frontline health professional."

Bober calls what happened to Turbina and Cosmo "A tremendous breach of trust."

Trust their owners may never regain.

So how can you protect your pet?

According to PetCoach, when choosing a groomer, look for these five signs:

1) Emphasis on health and safety: The place should look and smell clean. Also, ask if they have cameras in the area where grooming takes place and confirm customers will be able to see the video if there are questions about the dog's care. If an accident does occur, you should be fully informed and comfortable with how the incident was handled. Also, an employee should be happy to offer you a tour of the entire salon.

2) Your pet should be relatively calm after the appointment: Grooming can be stressful but shouldn't be traumatic and a good groomer understands how to work with skittish and challenging pets.

3) Groomer and salon should radiate professionalism.

4) Staff should be certified and educated: Although Nevada has no requirements, you can select a groomer who's chosen to undergo professional training at an accredited school. Ask about current certifications.

5) They should have extensive hands-on experience.