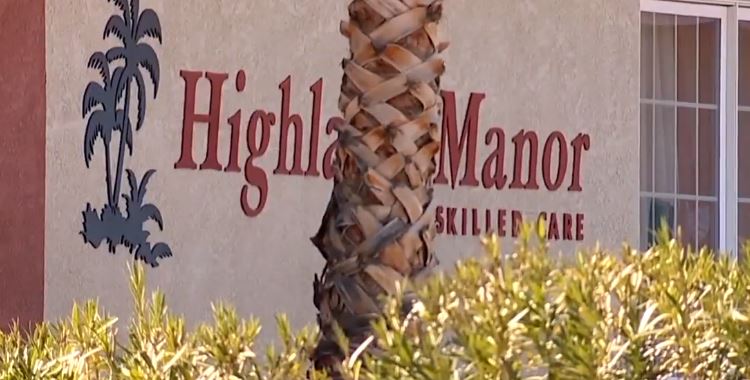 13 Investigates Chief Investigator Darcy Spears continues her investigation into a family claiming their mother was kicked out of a nursing home.

LAS VEGAS (KTNV) — Caring for our loved ones as they age is something most of us have to confront.

That's tough enough on its own, but it's made even tougher when a support system fails.

13 Investigates Chief Investigator Darcy Spears looks into a mother allegedly abandoned. The family claims when the money ran out… so did the human decency.

Loved ones say Alice Patterson lived her life with dignity. A devoted military spouse and mother, she spent most of her life putting others first.

"My mother was loved by everyone who knew her, everyone who worked with her--they adored her. I don't know what kind of magical potion she worked up but she was just really a super nice, likable individual," said Linda Cross.

As she got older, Alice's health began to decline. After a bad fall, hip surgery and a subsequent stroke, the Mesquite resident went to skilled nursing center Highland Manor for rehabilitation.

But when the 93-year-old's health insurance lapsed, Linda says, "They put her out on the curb like trash. Somebody else come pick this up, please. We don't want it anymore."

Instead of following the letter of federal law and notifying the State Long Term Care Ombudsman that they were planning to discharge Alice, state and court records show Highland Manor took the frail and confused woman home and left her at her apartment alone.

"I'm trying to picture in my mind what the scene was like bringing her to her apartment. It's not as if she got out of a car and walked," said Attorney Matthew Hoffmann, who represents the family in their ongoing lawsuit against Highland Manor alleging elder abuse, neglect and abandonment.

"They would've had to have physically carried her to the apartment and abandoned her! And that's what's so troubling," Hoffmann said.

According to Linda, her mother "Could not lift her torso off the pillow without assistance. Now how is she going to get in a wheelchair and do anything on her own? She could not! And they knew that! These Highland Manor people knew that."

With a full-time job and a disabled husband, Linda had been unable to provide the 24-hour care her mother needed.

"I don't think anybody wants to see facilities saying 'time's up' and nobody knows about it and this helpless individual is just left on their own," Hoffmann said.

The Nevada Department of Health and Human Services investigated Linda's complaint and confirmed her mother's discharge was unsafe.

A licensed social worker and a registered nurse admitted to state investigators that Alice needed help 24/7 and her "Discharge was not safe with her poor cognitive status."

"I don't think any facility wants a report like this to be public record against them," said Hoffmann.

Highland Manor certainly didn't want to talk publicly about Alice's case or anything else we uncovered.
In response to our request for an on-camera interview, Highland Manor Administrator Brady Flygare sent an email saying, "Thank you for your call and providing Highland Manor of Mesquite an opportunity to have an on camera interview with you. Unfortunately, we cannot comment about the issue you’re investigating."

Linda believes, "They didn't care about her! They did not care! All they cared about was, 'We're not getting money now, she's gotta go.'"

Linda only found out her mother was home when a neighbor called her after going to check on Alice but getting no answer at the door.

"When I went in to look at my mom... You have to remember she had been there for days."

She found her mother disoriented, dehydrated, and lying her in own excrement, having been unable to change the adult diaper she was left in when Highland Manor left her.

Linda called for an ambulance. And three weeks later, "I got the call... 'We're sorry to tell you your mother has passed away.'"

There is a system in place to help people in Alice's predicament. They're called Long-Term Care Ombudsmen.

Highland Manor was also required to provide 30 days notice to Alice, but there's nothing in state records to indicate that was done.

In fact, the state found Highland Manor failed to even notify Alice's doctor.

"I have limited information on the situation and it's sad," said Williams-Woods. "It's frustrating. And I'm not saying we can work miracles or solve all of the problems, but we may have been able to step in and say 'Okay, this doesn't sound like a safe discharge plan for this individual.'"

State records from 2018 and 2019 show a history of violations at Highland Manor: multiple failures of patient care including doctors orders not followed, care plans not implemented and bedsores not treated.

Each time the facility was cited, they simply had to submit a plan of correction.

We also discovered two prior lawsuits that allege abuse and neglect resulting in death.

A 2011 case was filed by the family of an 86-year-old Highland Manor resident who cut his face after a fall onto the floor and was left unattended for so long the blood dried. After emergency transfer, hospital staff discovered a fractured cheek and brain bleed. Within five days, the man died from his injuries. The case settled out of court for an undisclosed amount.

Alice's case is now in arbitration.

As for the state, despite finding violations of federal law, no fines were imposed. The only accountability? A plan of correction to address the documented deficiencies.

Make sure to tune in to 13 Action News at 11 p.m. when the investigation continues Thursday night. You can also watch at 11 on ktnv.com, KTNV mobile app, Roku, Amazon Fire TV and Apple TV.

The Ombudsman Program is a federally and state mandated program that was created to ensure the rights of residents in long term care facilities are respected.

Ombudsmen are advocates for residents in long term care facilities and are certified by the State of Nevada to:

* Educate families and the community on long-term care issues

If you have questions about your rights or have concerns about a long term care facility, call toll free at 1-888-282-1155. Services are free and confidential.

Click here for more information and location of Nevada offices.