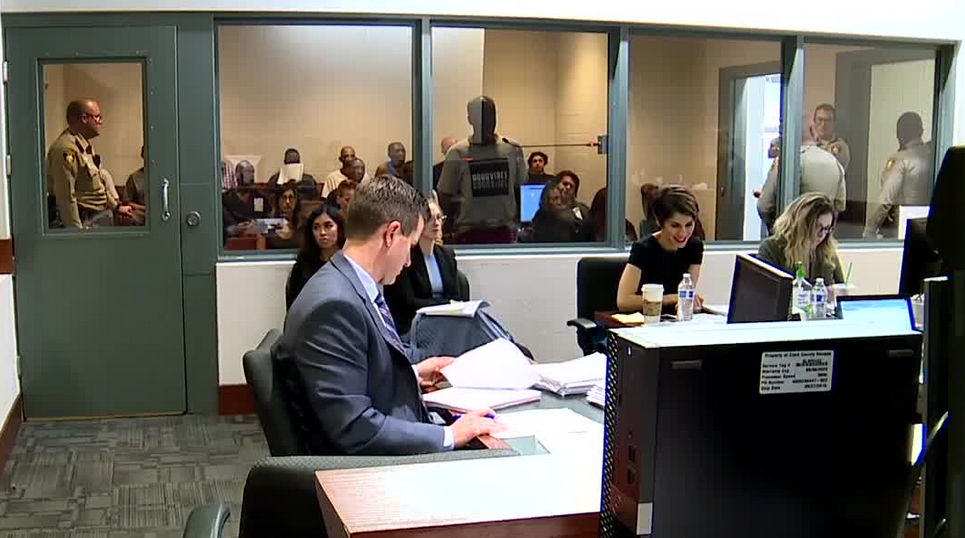 "Soft on crime" is not a label most judges want to wear - but some Clark County judges are being accused of allowing too much so-called "catch and release" in criminal cases. New this morning - 13 Chief Investigator Darcy Spears shows "get out of jail free cards" are being handed out as the legal system struggles to strike a balance between a defendant's rights and public safety. 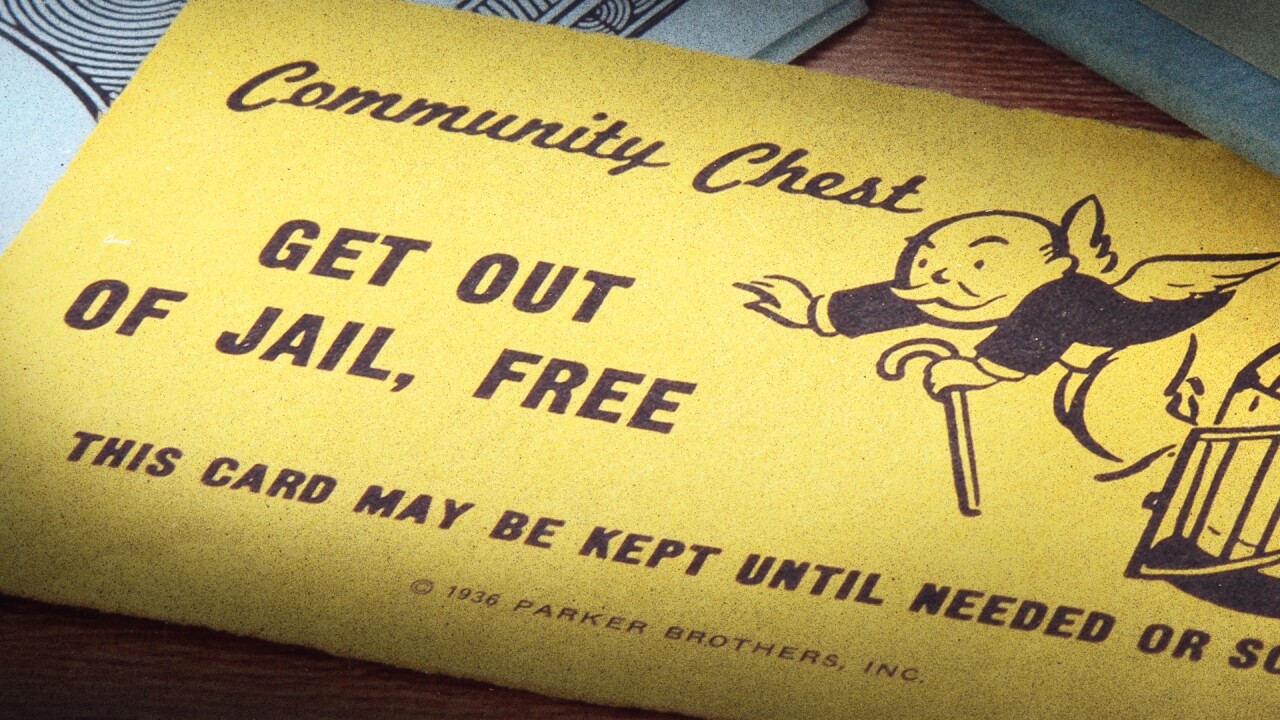 LAS VEGAS (KTNV) — The homeless man accused of murdering Ciro Vasquez Jr. outside his family's taco shop on Oct. 25 is described by Las Vegas Metropolitan Police Department as a continual problem in the area around Thunderbird Plaza.

"This year alone he was arrested on four different occasions, all within a few months of each other," notes Jennifer Mora, who's still trying to make sense of her brother's senseless death.

"Unfortunately, we feel like the system failed," she said. "They failed him, they failed us--our family, my brother."

"It's a bitter pill to swallow," Mora said, "especially because my brother was infantry, so he literally signed his life away to protect the United States of America only to come back and be killed by a homeless man who he fed on a regular basis."

That man, 29-year-old Angel Martinez, has a rap sheet of 11 criminal cases, including possession of drug paraphernalia, resisting arrest, trespassing and multiple charges of domestic battery.

"He was known to be a violent person so he shouldn't have been on the street," said Mora.

In Martinez's case, either the charges were dismissed or he was released, again and again, on his own recognizance -- or O.R. -- without having to post bail.

"It's like they were just waiting for something tragic to happen and say 'Oh, OK, let's keep him in jail,' " Mora said.

Chuck Muth of the nonprofit public policy group Citizen Outreach adds, "If you just keep releasing people on their own recognizance and there's no penalty to not show up or not re-offend, they're just going to continue to do it. A lot of them are, in fact, just criminals."

When he allegedly stabbed Ciro Vasquez Jr., Angel Martinez was out of jail on an automatic O.R. release in a pending misdemeanor case.

"Criminal justice reform and bail reform is necessary, but it cannot come at the cost of public safety," said LVMPD Assistant Sheriff Chris Jones when we spoke to him earlier this year about a similar scenario.

"Does someone have to kill another person before they get kept in jail?" 13 Chief Investigator Darcy Spears asked. "Because when you look at a case like that, I think a lot of people feel like that's the direction it's heading."

"Right," Jones said. "And that's an example of what frustrates law enforcement."

But even if you do allegedly kill someone, you may get out of jail free.

Take the current case of George Kahaleua-Doctorello--known as Keoki.

Police records say in May 2019, he punched a man who fell to the ground, hit his head and lost consciousness outside the Badlands Saloon on East Sahara.

Police records say Keoki did not call 9-1-1 or help the victim, who had a significant head fracture and brain bleed from hitting the cement that was not initially treated at the hospital because paramedics were not told of the altercation.

The victim was in the hospital for eight days before suffering a seizure and dying.

Kahaleua-Doctorello was arrested and charged with open murder, but on Sept. 24, 2020, Judge Diana Sullivan released him on his own recognizance.

"You're getting just a quick snapshot of somebody standing in front of the judge. The judge has to make a quick determination, and so is any system going to be perfect? Of course not." said Clark County Public Defender Darin Imlay.

In this case, Judge Sullivan had a second chance when Kahaleua-Doctorello failed to show up for intensive supervision as she previously ordered.

A bench warrant was issued on Oct. 5 for his failure to check in with Pretrial Services. He personally appeared in court on a Motion to Quash Bench Warrant on Oct. 12, which was granted by Judge Sullivan, who again released him on O.R.

"It's like the saying 'Fool me once, shame on you. Fool me twice, shame on me.'" said Muth. "Maybe he should have gotten the benefit of the doubt the first time. But after the second time? No! There's no reason in the world why he should have been back out on the street."

We asked Judge Sullivan why she let him out on O.R. again, but she said she couldn't discuss a pending case.

Court records show he's indigent and is being represented on the taxpayer's dime by the Clark County Public Defender's office.

"We shouldn't put a price tag on whether or not a person is allowed to be out of custody," said Imlay who believes the cash bail system criminalizes poverty and furthers inequality in the justice system.

"Generally speaking, I think a person charged with murder, unless there are exceptional circumstances, should be in custody," said District Attorney Steve Wolfson.

In the calendar year 2019, 37% of Clark County defendants who were rated high-risk failed to appear for their next court date.

That's one out of three.

"It's too high," said Wolfson. "And 18-percent of the people who are rated as a high risk committed a new offense. So, one out of five people."

13 Investigates has been tracking the people we first reported on when we began investigating this topic in March.

Most have been re-arrested and charged with new crimes while out on O.R.

One is Edwardo Zepeda, who was released on O.R. with medium level electronic monitoring after a June 2019 arrest for felony child abuse/neglect.

He had an extensive criminal history including DUI, failure to appear twice before, burglary and grand larceny.

While awaiting trial, police records show he was arrested again on Oct. 24. for driving drunk with a child in the car, crashing into a pole on Lake Mead near Martin Luther King Blvd. and trying to leave the scene.

He was charged with DUI, child endangerment and violating probation, but again released on O.R. by Judge Amy Ferreira after the state asked for more time to file a criminal complaint.

"It's very frustrating," said Assistant Sheriff Jones. "Not only because a lot of work has gone into that, but more so because that individual has proven time and again that they are going to completely disregard the laws that deal with public safety."

Carlos Real was released on his own recognizance after an arrest in January for battery domestic violence.

He was arrested for the same thing 12 days later and released for free again.

A bench warrant had to be issued on May 27 after Real failed to appear in court.

"Is there a threshold?" Darcy Spears asked. "At some point do you say, 'You know what? You can't go back out anymore.'"

"Absolutely," Bonaventure said. "If somebody is a danger to the community, if they're continuing to re-offend, then that should affect their liberty."

Judge Bonaventure, who runs Clark County's Initial Appearance Court, spoke to us for our original investigation in March.

"Freedom before a conviction is the norm in our society. And pre-trial detention is the careful exception," Bonaventure said. "And that's how it should be."

In a recent decision, the Nevada Supreme Court didn't abolish cash bail but did rule that a judge:

"may impose bail only if the State proves by clear and convincing evidence that it is necessary to ensure the defendant's presence at future court proceedings or to protect the safety of the community, including the victim and the victim's family. If the district court determines that bail, rather than non-monetary conditions, is necessary, the judge must consider the defendant's financial resources as well as the other factors set forth in NRS 178.498 in setting the amount of bail, and the judge must state his or her reasons for the bail amount on the record."