A journal about life during World War 2 is now a family history lesson. One woman shares her father's story one page at a time. 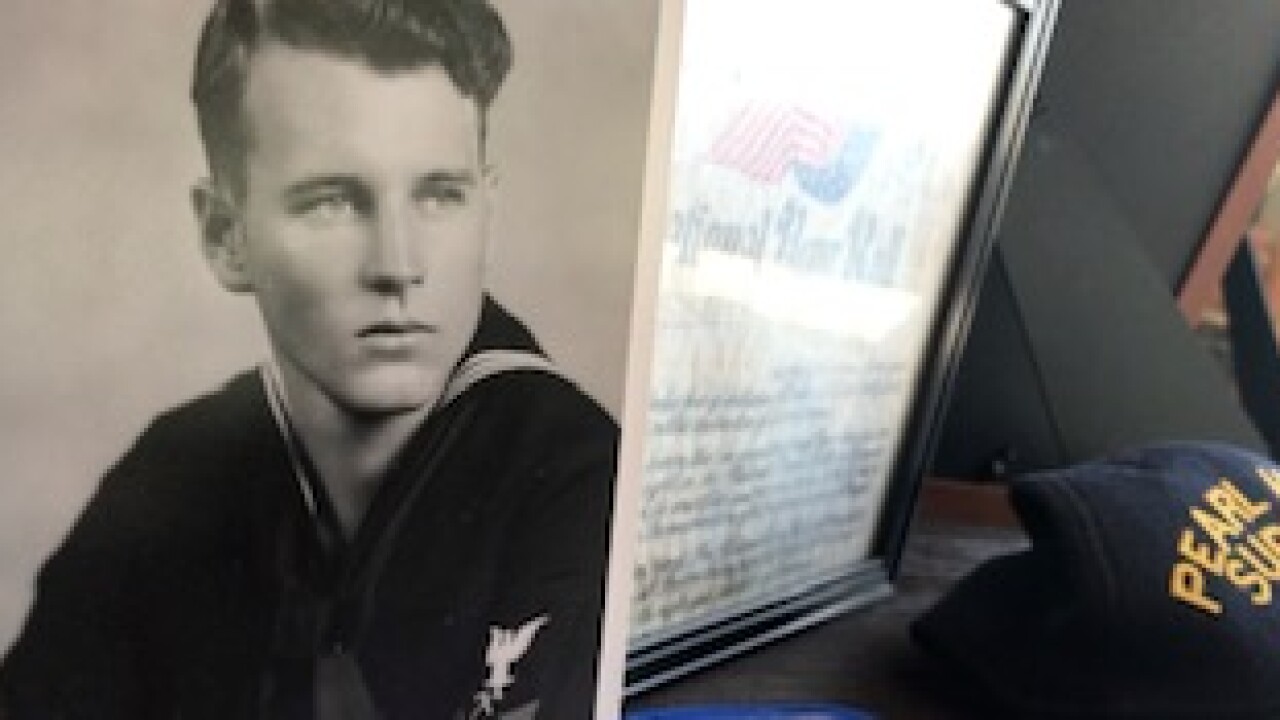 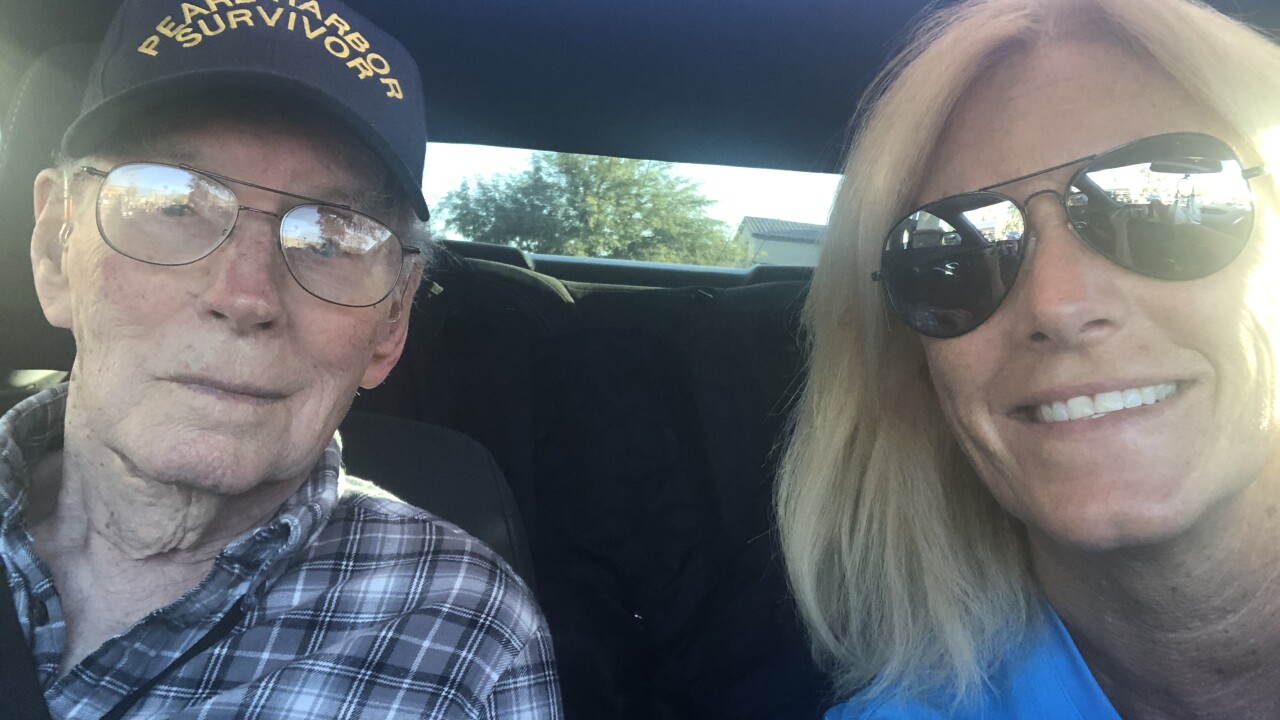 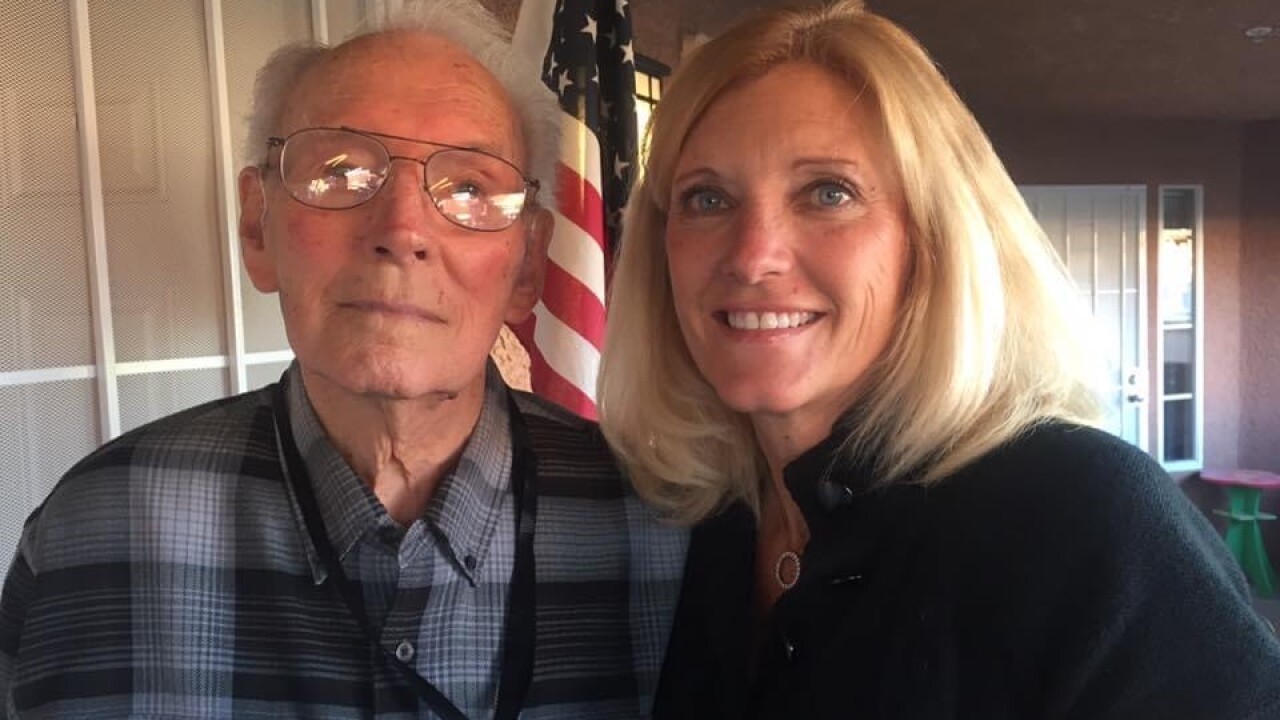 LAS VEGAS (KTNV) — The words and emotions written on the pages of Lenoard Neilson's diary are just one of the many things now left behind for his family to remember him.

Neilson passed away on Aug. 8, 2020, and was one of the last U.S. Navy Pearl Harbor survivors left in the state of Nevada.

“This is December 7, 1941,” his daughter Lisa DuPere said as she read a page from his diary. “We were totally enamored by everything that came in. Many people were burned and shot.”

Neilson was a small-town kid with big plans. He wanted to explore the world outside of Utah and decided to join the Navy in 1940.

Neilson was assigned to the USS Arizona out of boot camp, then transferred to the USS Pensacola. But along the way, he became sick with appendicitis and received treatment on the USS Solace.

It was from this ship, where Neilson watched the attack on Pearl Harbor happen.

“He was actually out on the deck of the solace and looked up and saw planes coming in, bomber planes,” DuPere said.

“He stood there and he watched the bombing of his old ship, the Arizona," she described. "Dad immediately got on one of the rescue boats and they tried to pull out the men that were severely injured.”

The attack on Pearl Harbor killed more than 2,400 people.

“There were stories he told where you would go pull somebody out, but you would pull out an arm or a leg,” DuPere said. “And he went through that for days on end."

Neilson's military service and experience were a big part of who he was.

Now, it’s DuPere's duty to use his photos, awards, and his own words to tell and pass down his story.

“I have a son, he’s 28 years old, and his grandfather adored him,” DuPere said. “Brennen will be the first one to say, 'this is my grandfather' and that has to keep going and going and not stop.”

For generations to come, Neilson's wish is for people to always remember the sacrifice he and so many others have made to protect our country.

Neilson will be laid to rest next to his wife in Vancouver. In lieu of flowers, DuPere is asking for contributions to be made to the Air Force Educational Institute.

If you have a veteran you want us to feature, email veteransvoice@ktnv.com.