US 95 in Spaghetti Bowl to be closed overnight this week 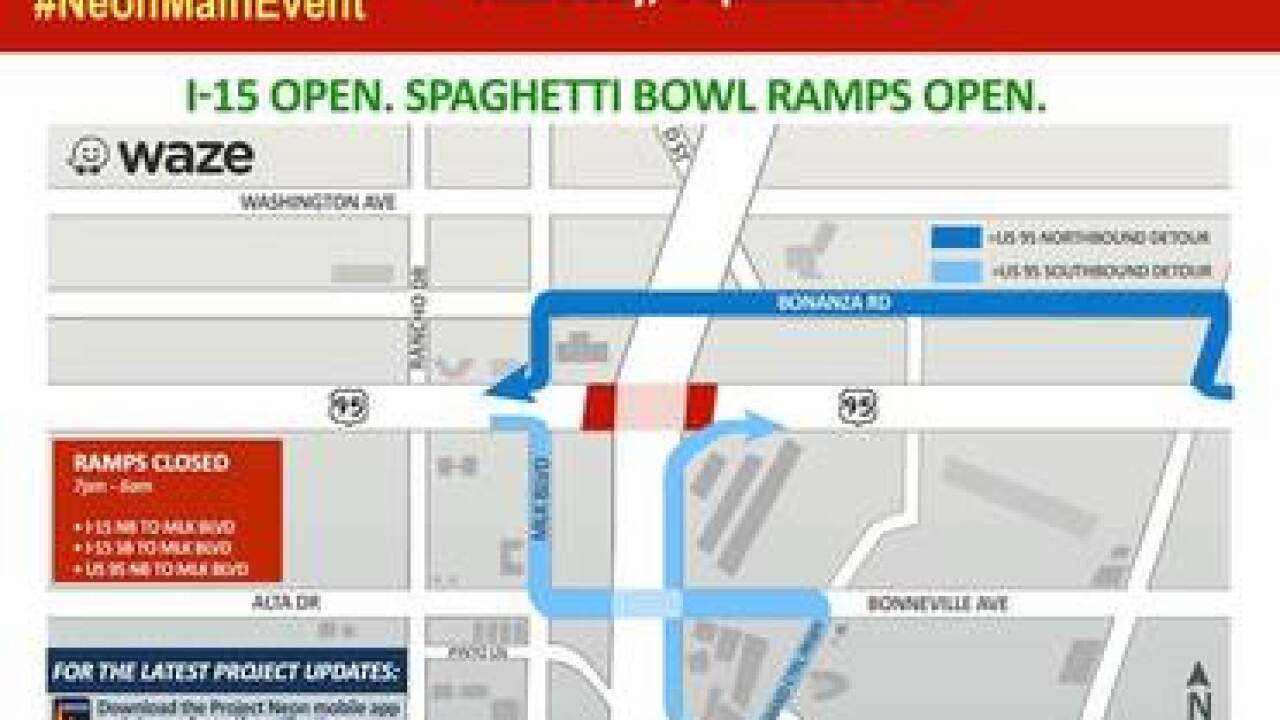 The Nevada Department of Transportation will close northbound and southbound U.S. Highway 95 at Interstate 15 in downtown Las Vegas from 8 p.m. until 5 a.m., nightly on Sept. 19 and 20.

It was originally supposed to begin Tuesday night but it was postponed until Wednesday due to delivery delays of equipment. The postponement also moves the construction through Sept. 27.

Restrictions will lift for the “Life is Beautiful” festival then resume from 8 p.m. until 5 a.m., nightly on Sept. 24, 26 and 27. Interstate 15 and the Spaghetti Bowl interchange ramps will remain open during these overnight closures.

However, the following ramps will be closed during the aforementioned nights from 7 p.m. until 6 a.m.:

The temporary closures are needed for construction of a new Interstate 15 northbound bridge over U.S. Highway 95 as part of “The Main Event,” the third and final phase of work for Project Neon’s nearly $1 billion 4-mile-long widening of Interstate 15 from the U.S. 95 interchange to Sahara Avenue. Project Neon is 81 percent finished and scheduled for substantial completion in the summer of 2019.