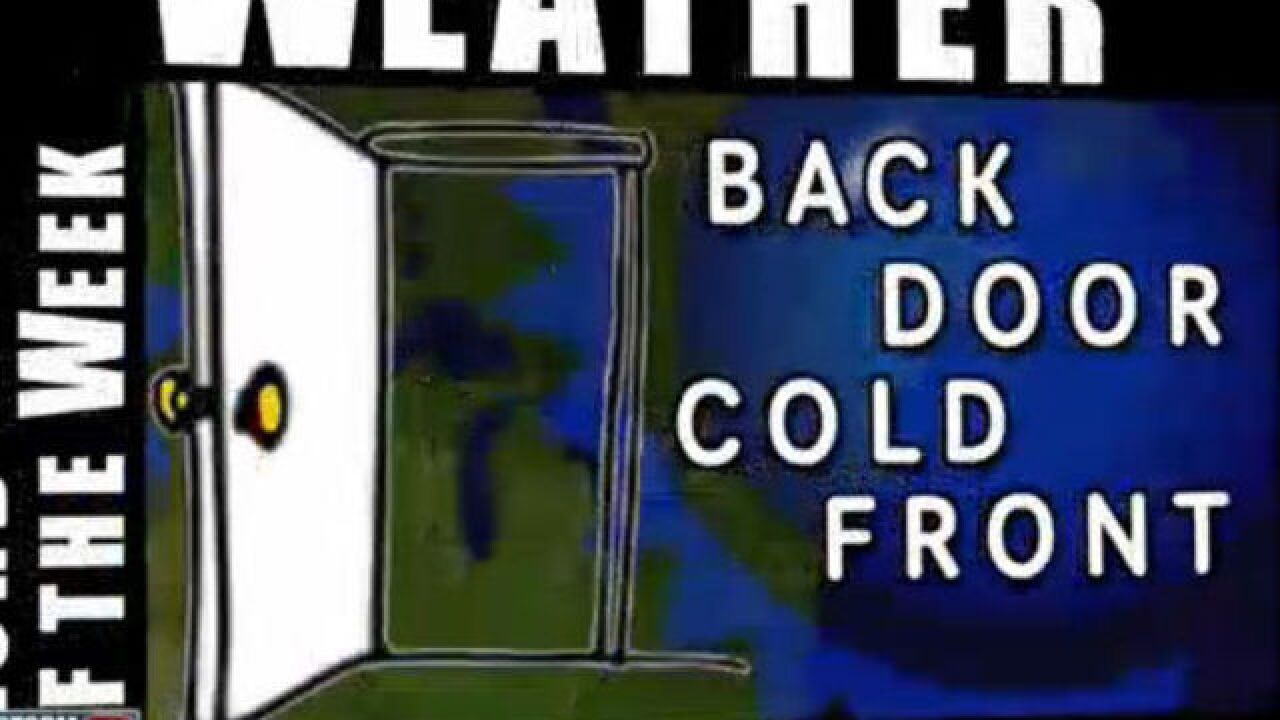 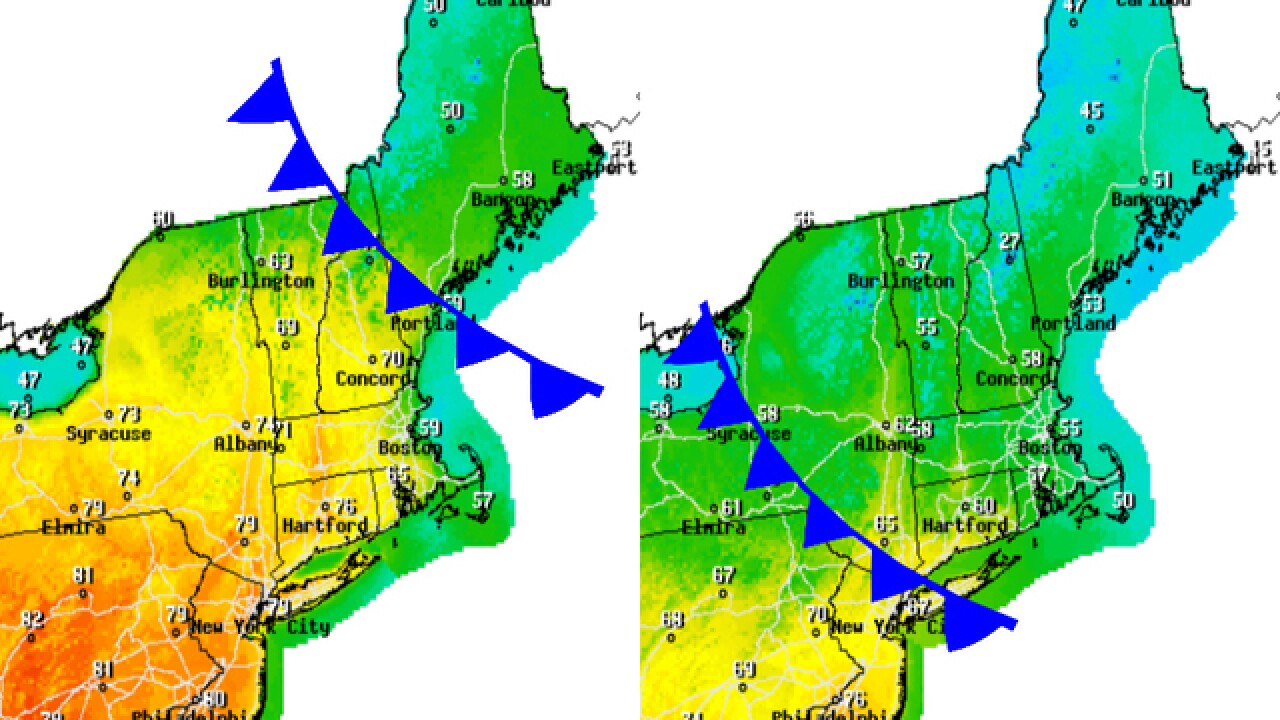 Most of the Northeast and the Midwest have been enjoying a warm, dry spell for some time, including the weekend's unseasonably warm temperatures.

That's all about to change as the same high pressure system that brought the extended sunshine and allowed the warm up is shifting, ushering in some cooler air.

RELATED: Storm Shield app provides life-saving weather alerts
RELATED: RadarCast can tell you when it's about to rain at your location

It's a phenomenon known as a backdoor cold front since the cooler air is sliding into place from the northeast.

Temperatures were in the 70's and 80's over the weekend, but it's already beginning to cool down across parts of Maine with highs only in the 50's now.

That chilly air will continue traveling across the rest of the region on Tuesday with most places seeing temperatures dropping anywhere between 10 and 20 degrees.

In addition to the cooler air, parts of the region could see a little scattered rain from Upstate New York over to Massachusetts and up to Maine.

These backdoor cold fronts are most common in the spring and summer, and since we're less than a month into spring, this likely won't be the last one we see, either.