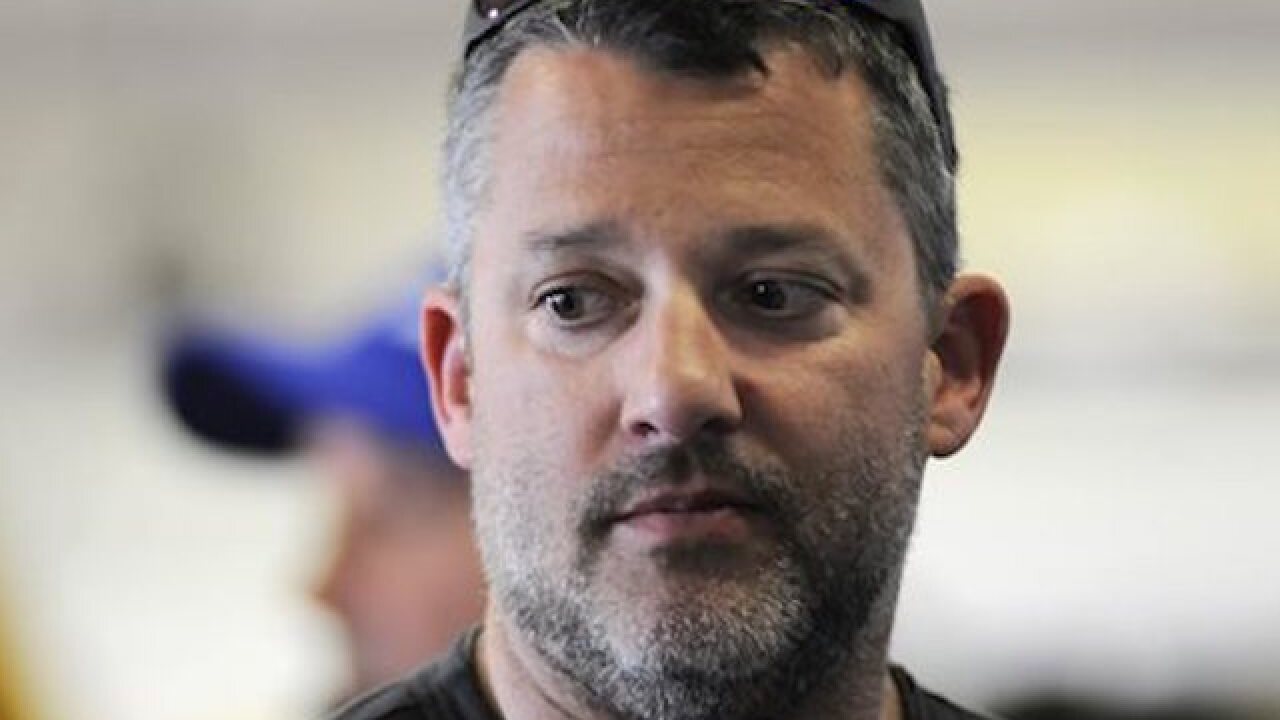 CHARLOTTE, N.C. (AP) — Tony Stewart has been cleared to return to racing and will be back in his car Friday at Richmond International Raceway.

The three-time NASCAR champion missed the first eight races of the season with a fractured vertebra suffered in a January all-terrain vehicle accident. The injury occurred one week before Stewart was scheduled to start his final season in NASCAR. He's retiring at the end of this year.

"As soon as the doctors said they were happy with my scans, I wasn't going to wait any longer to get back in my race car," Stewart said, announcing his return Thursday on Twitter. "I want to make the most of my last season in Sprint Cup, and I've been on the sidelines long enough."

After Sunday's race at Richmond, Stewart will participate in a Goodyear tire test at Indianapolis Motor Speedway. He plans qualify and start his car at Talladega Superspeedway in Alabama, but he will give his seat up after the race begins to Ty Dillon. Stewart says the style of racing at Talladega could lead to an accident that could hurt his comeback.

"We're taking a strategic approach to my return," Stewart said. "Richmond is a track where I feel very comfortable and because it's a short track, the speeds are substantially less. The Goodyear test in Indy is sort of a controlled environment, allowing me to get more acclimated with my car at higher speeds. We'll start the Talladega race to get the points, but understanding the style of racing and the higher potential of getting involved in an incident, we thought it was best to minimize the amount of time I'm in the car."

He plans to return to fulltime racing at Kansas the following week.

Stewart thanked fans for their support and said "the best medicine will come this weekend at Richmond when I finally get to go racing."

Stewart has attended nearly every race during his absence as a leader of Stewart-Haas Racing, the four-car team he is part owner of with Gene Haas. He's been on the spotter stand during most races.

Richmond will be Stewart's 591st career Sprint Cup start. He has three wins and 19 top-10s at the Virginia track, where he earned first career Cup victory in 1999 by leading 333 of 400 laps.

NASCAR has not yet announced if it will give Stewart a waiver to make him eligible to compete in the Chase for the Sprint Cup championship. He's not currently eligible because he has not competed in every event, but NASCAR gave Kyle Busch a waiver last year after he missed 11 races with injuries suffered in the season-opening Xfinity Series race at Daytona. Busch still had to qualify for the Chase, which required him to win a race and crack the top 30 in points before the regular-season finale in September.

NASCAR did not immediately respond to a request for comment on Stewart's status, but Dale Earnhardt Jr. said on Twitter he expects Stewart to be granted a waiver.

"The precedent has been set," Earnhardt tweeted. "Should get rid of the rule. All you should need is a win and top 30 in points."

Asked during an appearance Wednesday if he's expecting a waiver, Stewart said: "I don't know why it wouldn't. I guess it's not really been on my radar because I just assume that it's going to be the same criteria to get in.

Stewart didn't discuss his health much during the appearance on behalf of sponsor Mobil 1, but he took aim at NASCAR's lack of policing pit stops for missing lug nuts. Stewart said a driver will get hurt if NASCAR does not step in.

"I'm beyond mad, I'm P.O.'d at NASCAR about it," he said. "For all the work and everything all the bulletins and all the new stuff we have to do to superspeedway cars and all these other things they want us to do for safety, we can't even make sure we put five lug nuts on the wheel."

"It's however many you think you can get away with," Stewart said. "So we're putting the drivers in jeopardy to get track position. It's not bit anybody yet, but I guarantee you that envelope is going to keep getting pushed until somebody gets hurt."

There have been several incidents of loose wheels in the last two races.