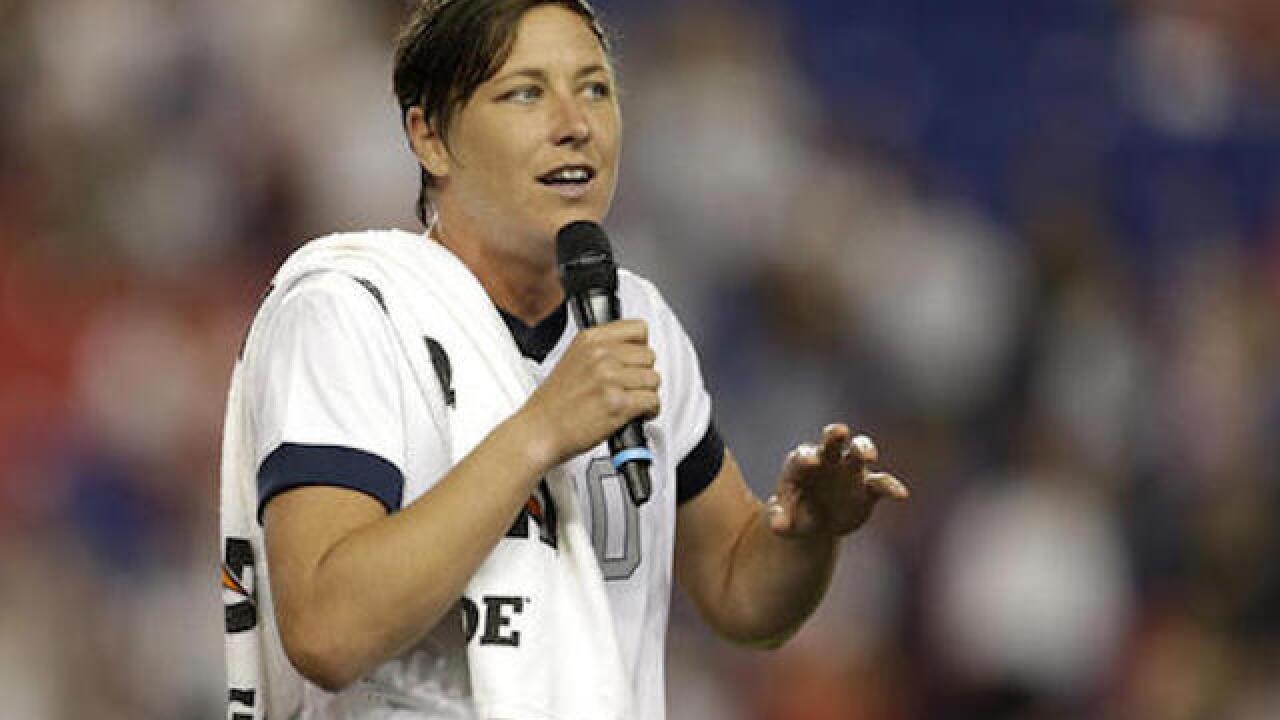 Retired U.S. soccer star Abby Wambach is joining ESPN as an analyst and a contributor.

Wambach, the leading career scorer in international soccer, will cover the European Championships in France and the Rio Olympics in August. But her role won't be limited to soccer: She will work across multiple platforms including ESPN Films and shows including "Outside the Lines," according to the network.

"Talking and reporting on things that I'm passionate about really, really was the selling point to me," Wambach told The Associated Press. "Because I don't want the rest of my life to be based on the fact that I played soccer. I want to be able to venture and learn about different things."

Wambach also will produce a podcast, "Fearless Conversation with Abby Wambach," which she promises won't shy away from controversy. Among her first topics will be foreign players on the U.S. national team. Wambach drew criticism when she blasted U.S. men's coach Jurgen Klinsmann for bringing in "a bunch of these foreign guys" in December.

"I know we're not quite equal. From 'your group of people' the country's Commander in Chief need to be selected. However, other than that — you and I share something not unique, but constitutionally earned, a birthright to defend this nation as an American. Wherever we go. Led by whoever has earned, by democratic process, his/her right to lead, on or off the field, in peace, in war, in practice, or in any other kind of pursuit of your happiness," he wrote.

"Why not? I think people tend to steer away from stuff that has caused controversy in their lives. For me, what better place to start? To be quite honest, it's been few and far between in my career, the reason being that I've been speaking for 23 other women, so I kind of towed the party line during that time."

Wambach, the FIFA Player of the Year in 2012, scored 184 career goals, more than any other player, male or female. She played 15 years with the U.S. women's national team.

She capped her career last summer with her sport's most prestigious championship when the United States defeated Japan 5-2 in Canada in the World Cup. It was the third World Cup title for the U.S. women and first since 1999.

Wambach appeared in four World Cups with the national team. She also has a pair of Olympic gold medals, from the 2004 Games in Athens and the 2012 Games in London. She did not compete in the Beijing Games because of a broken leg.

Wambach announced her retirement in October and played her final match in December.

Since she stepped away from the team, she has made several appearances at charity events and campaigned for Democratic presidential candidate Hillary Clinton.

During the course of her career, Wambach has been active in fighting for equal rights for female athletes. She led a group of players in a protest of FIFA's decision to play the 2015 World Cup on artificial turf, which is considered by many to be inferior to grass.

She made headlines last month when she was pulled over for driving under the influence in Portland, Oregon, where she lives. After posting a public apology on her Facebook page, she pleaded guilty and entered a diversion program for first-time offenders.