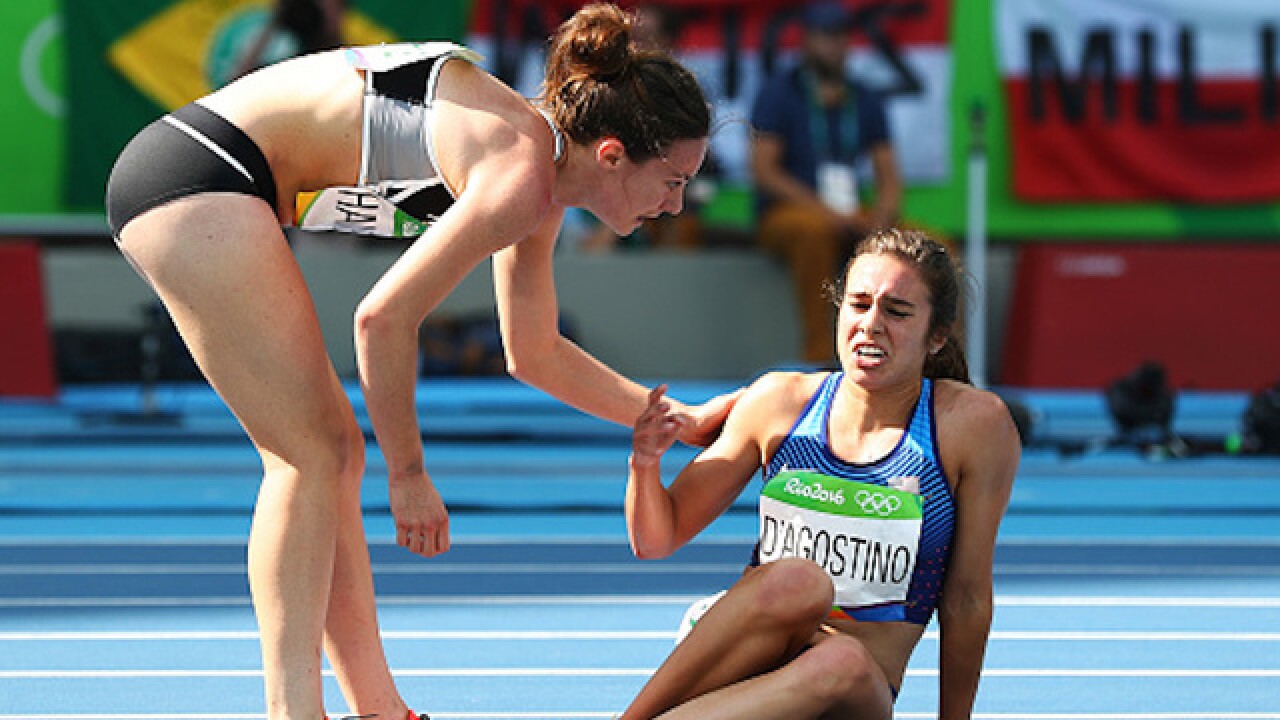 Ian Walton
<p>RIO DE JANEIRO, BRAZIL - AUGUST 16: Abbey D'Agostino of the United States (R) is assisted by Nikki Hamblin of New Zealand after a collision during the Women's 5000m Round 1 - Heat 2 on Day 11 of the Rio 2016 Olympic Games at the Olympic Stadium on August 16, 2016 in Rio de Janeiro, Brazil. (Photo by Ian Walton/Getty Images)</p>

In a show of true sportsmanship, American distance runner Abbey D’Agnostino helped a fellow competitor up off the track after the two got tangled and fell to the track.

A little over halfway through second heat of the women’s 5,000m qualifiers, D’Agnostino clipped New Zealand’s Nikki Hamblin from behind, sending both runners tumbling to the ground.

D’Agnostino was able to get to her feet first. But instead of running off to re-join the pack, she made sure to help an injured Hamblin to her feet.

"I've never met this girl before," Hamblin said, according to the New York Daily News. "That's an amazing moment. Regardless of the race and the result on the board, that's a moment that you're never, ever going to forget."

D’Agnostino finished the race despite an ankle injury, finishing in 30th place. Hamblin finished in 29th.

The two shared a hug at the finish line, and a handshake before D’Agnostino was taken off the track in a wheelchair.

Both racers were added to the women’s 5,000m finals on Saturday.