Michael Phelps to retire after 2016 Olympics 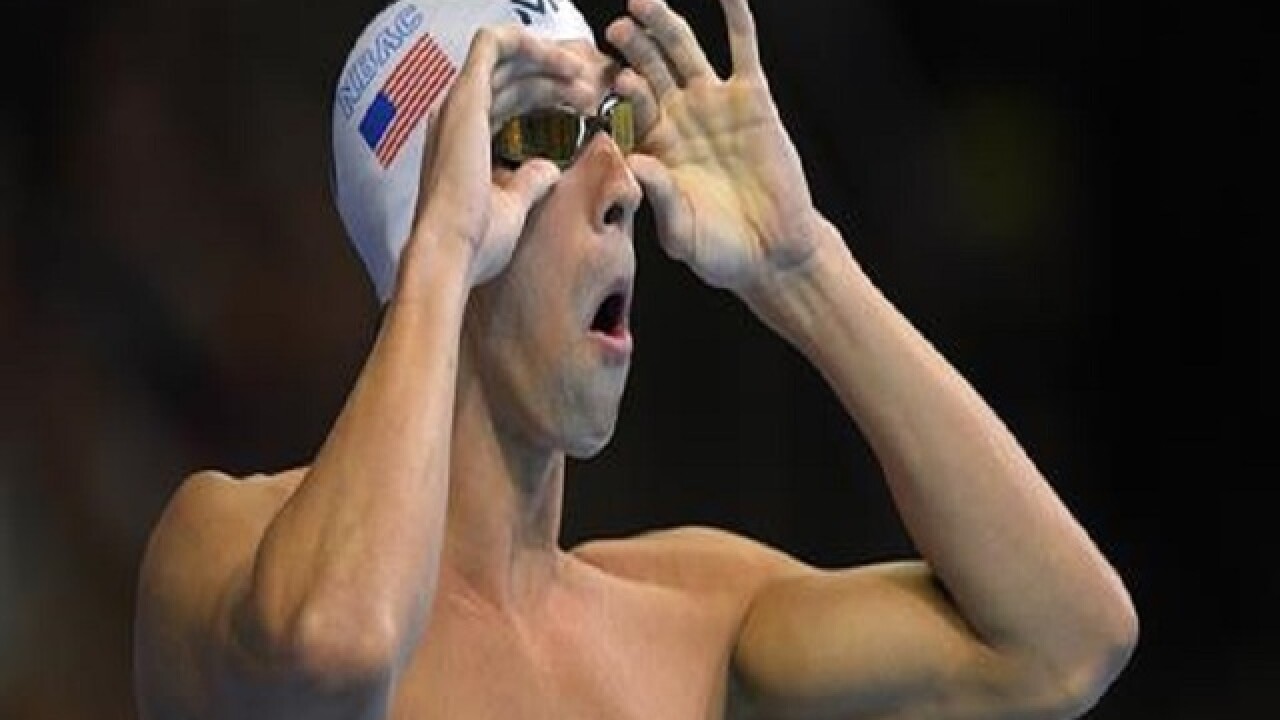 RIO DE JANEIRO (AP) — This is goodbye for Michael Phelps. The most decorated athlete in Olympic history has one more race before retirement.

His shot at a 28th medal comes Saturday in the final slate of swimming at the Rio de Janeiro Games, where Usain Bolt thrilled the crowd at Olympic Stadium in his first appearance of the games and Rafael Nadal's bid for an unprecedented second Olympic singles gold medal ended with a thrill-a-minute semifinal loss to Juan Martin del Potro.

With four gold medals at these games and 22 for his career, Phelps needs some help from his teammates to win another — he leads off with the butterfly leg of the 400 medley relay.

There were 22 golds at stake on a sun-splashed Day 8 of the Rio Games in 13 sports, including fencing, track cycling, boxing, shooting, trampoline and weightlifting.

While competitions are wrapping in swimming and rowing, they're just heating up in track and field, which will award five golds: for the women's 100 meters and the heptathlon, and the men's 10,000 meters, discus and long jump.

The IAAF said Saturday it has banned the only Russian in Olympic track and field from competition and she is appealing the ruling. A decision on Darya Klishina's appeal is expected before the long jump competition begins Tuesday.

Bolt turned the Olympic Stadium into his stage again for his first race at the Rio Games, cruising to an easy win in his 100-meter heat, backed up by the trademark showmanship to the thrill of the crowd.

The final five gold medals were up for grabs in the pool.

Phelps was beaten in his last Olympic individual race Friday night by a 21-year-old who grew up idolizing him. Joseph Schooling of Singapore built a big lead in the 100 butterfly and easily held off one of Phelps' patented rallies.

Phelps insists he won't be coming out of retirement again for Tokyo in 2020.

"I'm not going four more years and I'm standing by that," he said. "I've been able to do everything I've ever put my mind to in the sport and after 24 years in the sport, I'm happy with how things finished."