Void of a professional basketball team, The NBA Summer League has quenched the thirst of the local community for years. Every year Las Vegas has invited more NBA teams to compete in the desert and the fans of those teams have flocked to the city to show their support.

After last year's NBA Summer League set attendance and viewership records, this year's event will feature a record 24 teams battling it out at Thomas & Mack from July 7-17.

Each team will play at least five games in the tournament-style competition. The lineup includes the top five overall picks in NBA Draft 2017 (Celtics, Lakers, 76ers, Suns, and Kings respectively), along with 14 teams that qualified for the 2017 playoffs. 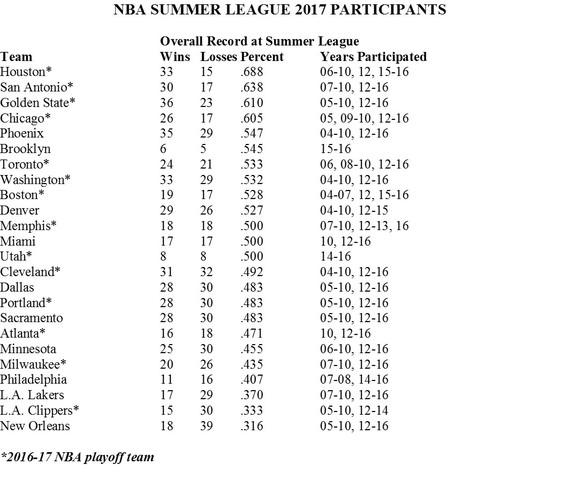 The Summer League is a great way to see your favorite basketball team's young talent and recent draftees. Most of the NBA's current All-Stars began their career playing in the Summer League, so make sure you try to fit a game or two into your Summer schedule.

Those that can't make it to Thomas & Mack can watch the NBA Summer League on ESPN and NBA TV. Game schedules will be released at a later date.