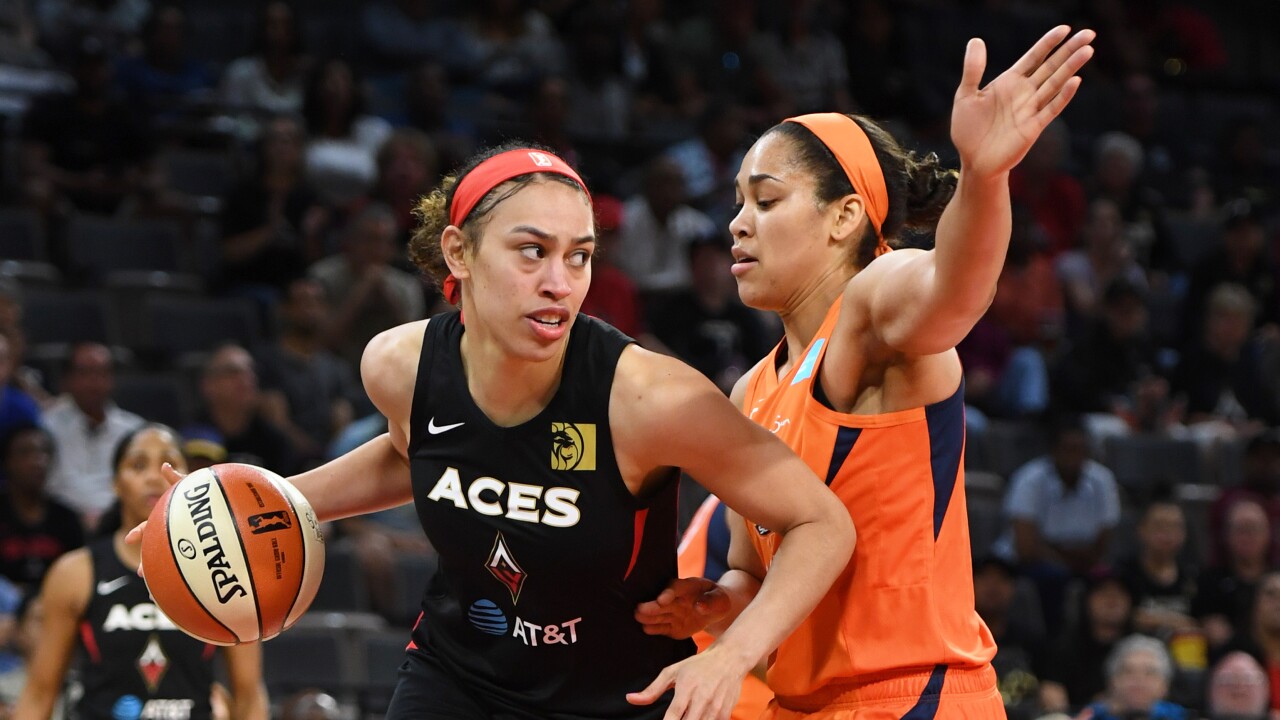 Ethan Miller/Getty Images
LAS VEGAS, NEVADA - JUNE 02: Dearica Hamby #5 of the Las Vegas Aces is guarded by Brionna Jones #42 of the Connecticut Sun during their game at the Mandalay Bay Events Center on June 2, 2019 in Las Vegas, Nevada. The Sun defeated the Aces 80-74. NOTE TO USER: User expressly acknowledges and agrees that, by downloading and or using this photograph, User is consenting to the terms and conditions of the Getty Images License Agreement. (Photo by Ethan Miller/Getty Images )

The five-year veteran earned the award as the league’s top reserve for the first time.

The 25-year-old Hamby received 41 votes from a national panel of 43 sportswriters and broadcasters.

To be eligible for the WNBA Sixth Woman of the Year Award, a player had to have come off the bench in more games than she started. Hamby saw action as a reserve in 25 of her 34 games this season.

Behind Hamby and All-Stars Liz Cambage, Kayla McBride and A'ja Wilson, Las Vegas earned the No. 4 seed in the WNBA Playoffs after not qualifying for the postseason in 2018.

RELATED: Las Vegas Aces to be featured in video game

With five double-doubles off the bench, Hamby tied the WNBA record for the most by a reserve in a season. DeWanna Bonner set the record in 2009, when she won the first of her three consecutive WNBA Sixth Woman of the Year honors.

Outside of hitting what may be the shot of the year, @dearicamarie also produced 17 PTS, 4 REB & 5 AST in the win! 💪#WatchMeWork #WNBAPlayoffs pic.twitter.com/t3dcKImUCk

In honor of being named the WNBA Sixth Woman of the Year, Hamby will receive $5,000 and a specially designed trophy by Tiffany & Co.

Below are the voting results for the 2019 WNBA Sixth Woman of the Year Award and a list of past recipients.