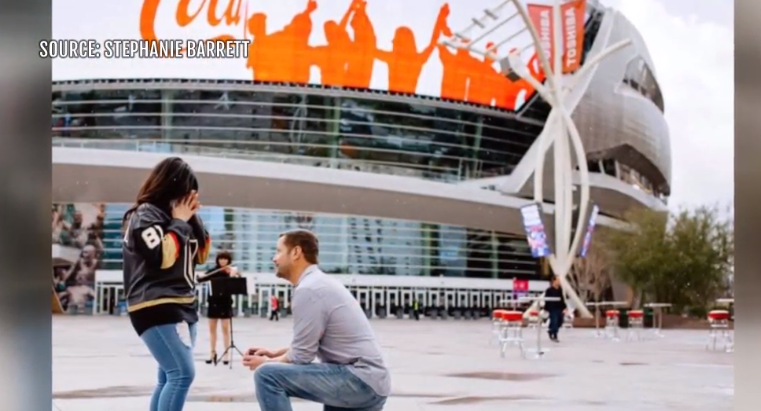 VGK couple shares their special love story with 13 Action news ahead of Game 7 against the San Jose Sharks.

LAS VEGAS (KTNV) — Tuesday, 13 Action News met up with a special Vegas Golden Knights couple who recently got engaged in the plaza in front of T-Mobile Arena.

Jamie decided to propose to his then-girlfriend Randa and said he wanted to combine her two passions.

"I wanted to tie her passion of music with the Knights. So, I wanted to get both of those together, and since we were going to a Golden Knights game I figured I’d get a violinist to play her favorite music,” Jamie said.

And when Randa heard the first notes of the song, she told 13 Action News that she thought she was hearing things, but then Jamie started talking.

“He was like, you know I love you, right? And he started backing away and just going through the motions. I then just started crying and had rushing feelings and was like he’s doing it - it was amazing," Randa said.