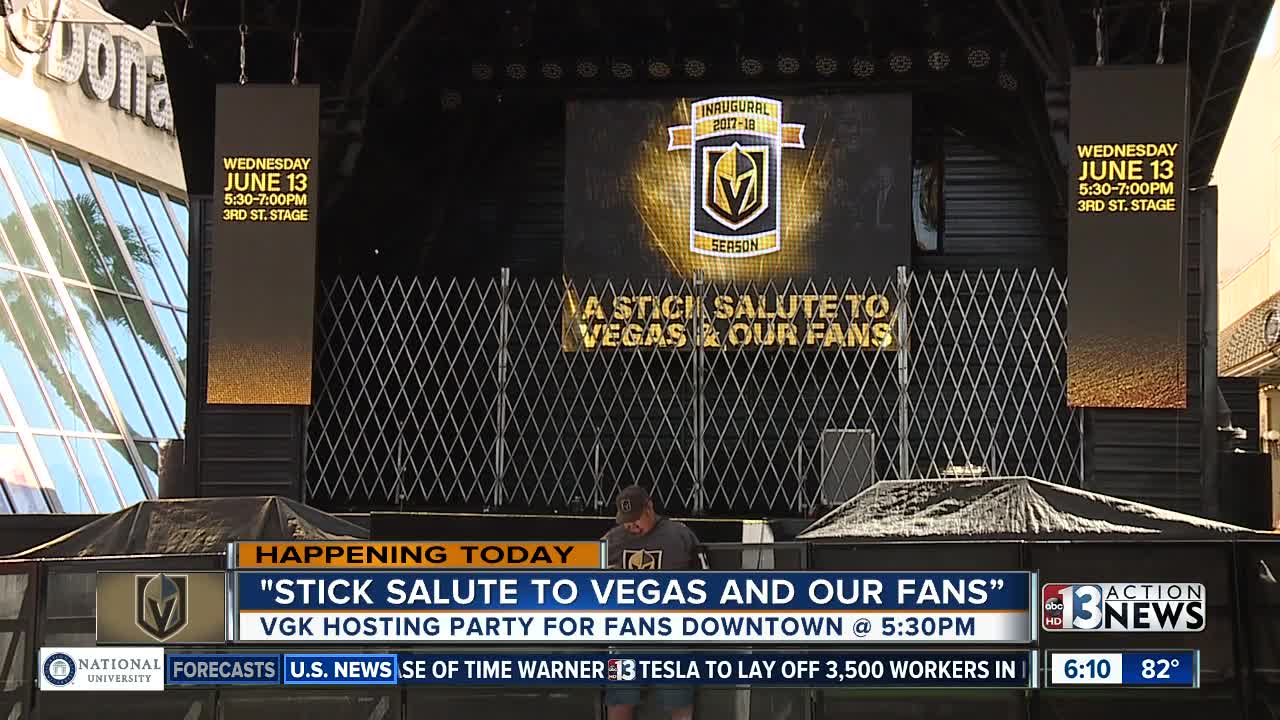 The Vegas Golden Knights is hosting a Stick Salute or fan party in Downtown Las Vegas on Wednesday night. A large crowd is expected to show their appreciation despite the hot temperatures. Parker Collins reporting. 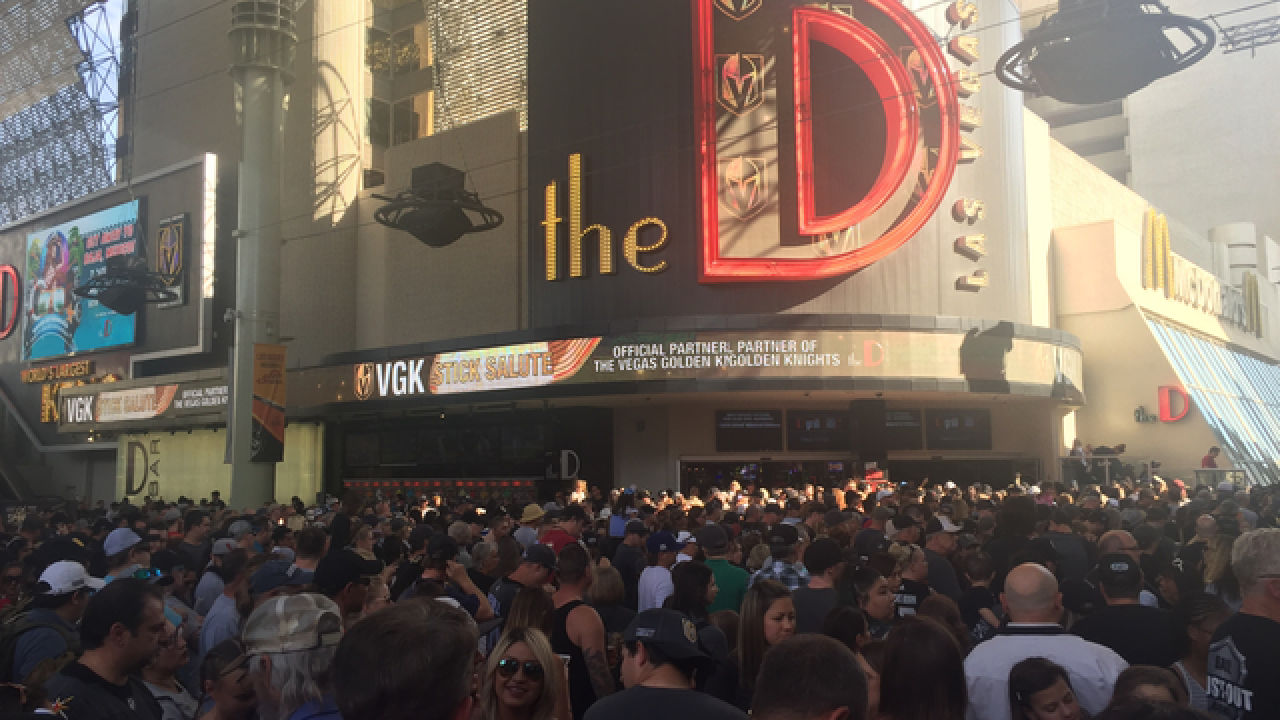 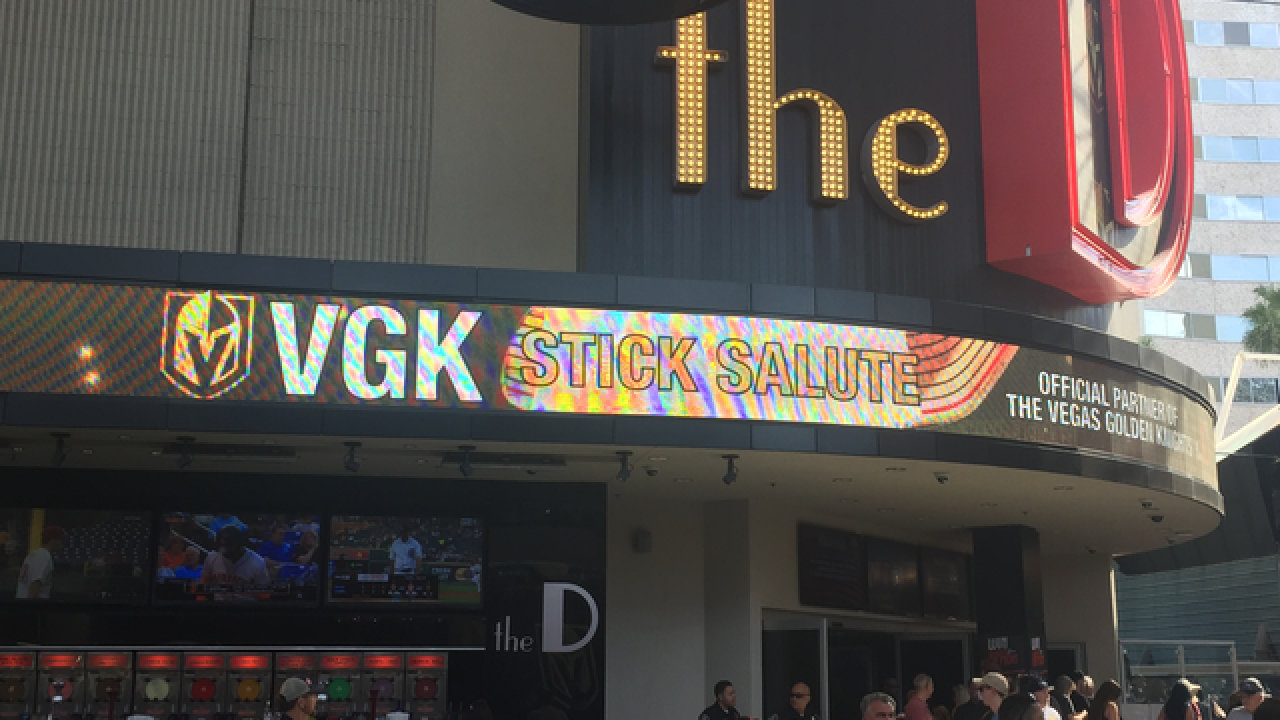 While the Vegas Golden Knights didn't want to participate in a parade following their Stanley Cup Final loss, the team is hosting a fan appreciation event Wednesday.

Vegas Golden Knights President Kerry Bubolz announced that the organization will hold a “Stick Salute to Vegas and Our Fans” event to thank fans Wednesday, June 13, on 3rd Street Stage, located on Fremont Street Experience outside The D Las Vegas.

The event will be free and open to the public and will serve as a show of appreciation to fans for their support during the Golden Knights inaugural season.

The event will take place from 5:30-7 p.m and will feature special appearances from select players, General Manager George McPhee, and Head Coach Gerard Gallant as well as performances from the Knight Line presented by Drumbots, Golden Aces and Chance.