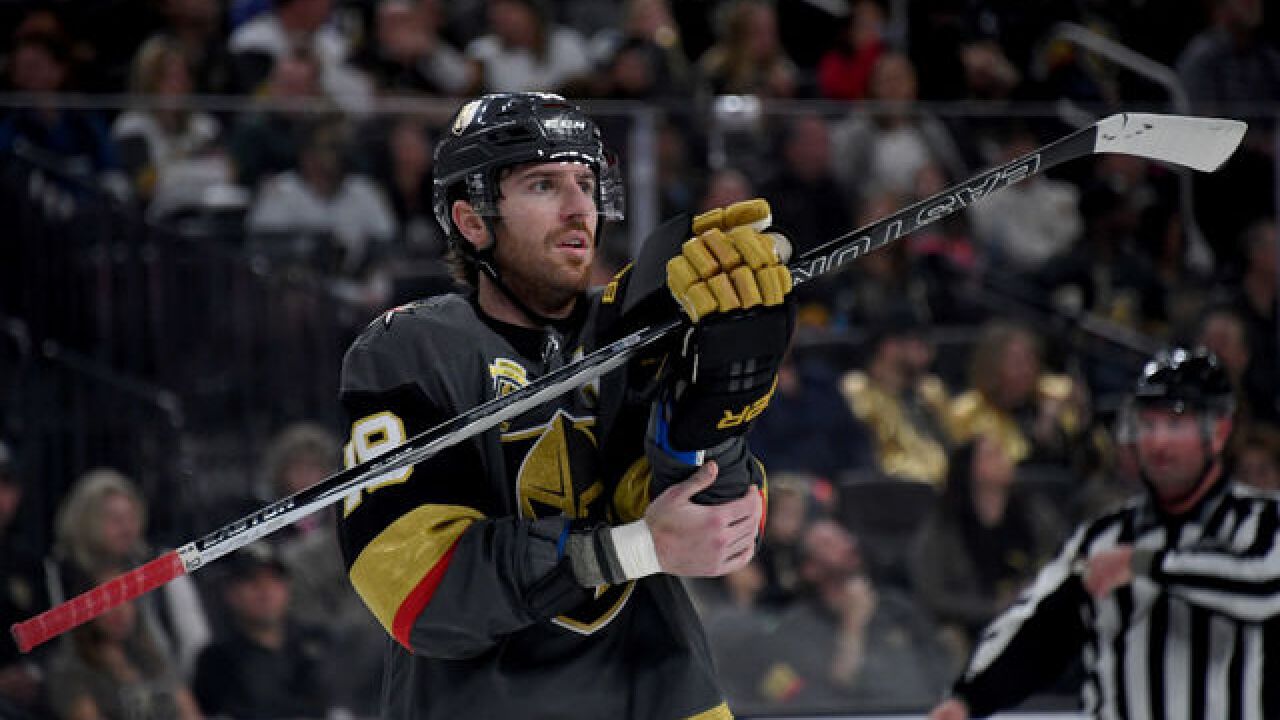 Copyright 2018 Scripps Media, Inc. All rights reserved. This material may not be published, broadcast, rewritten, or redistributed.
Ethan Miller
<p>LAS VEGAS, NV - MARCH 20: James Neal #18 of the Vegas Golden Knights adjusts his glove in the second period of a game against the Vancouver Canucks at T-Mobile Arena on March 20, 2018 in Las Vegas, Nevada. The Golden Knights won 4-1. (Photo by Ethan Miller/Getty Images)</p>

Fans in Las Vegas got their first taste of a major professional sport when the Vegas Golden Knights took the ice last fall and now those same fans will get to experience playoff hockey.

For the first time in over 50 years, an expansion team in its inaugural season will participate the playoffs of its respective sport.

If you've followed the team since the start of the season you'd know that there's been a special mystique around the squad. Even when injuries hit them early, the Golden Knights never wavered while making their unprecedented climb to the top of the NHL standings.

The team currently sits in first place in the Pacific Division and fourth overall in the NHL. With a strong finish, it's possible that all roads through the Western Conference will go through T-Mobile Arena and the strong Vegas fans.