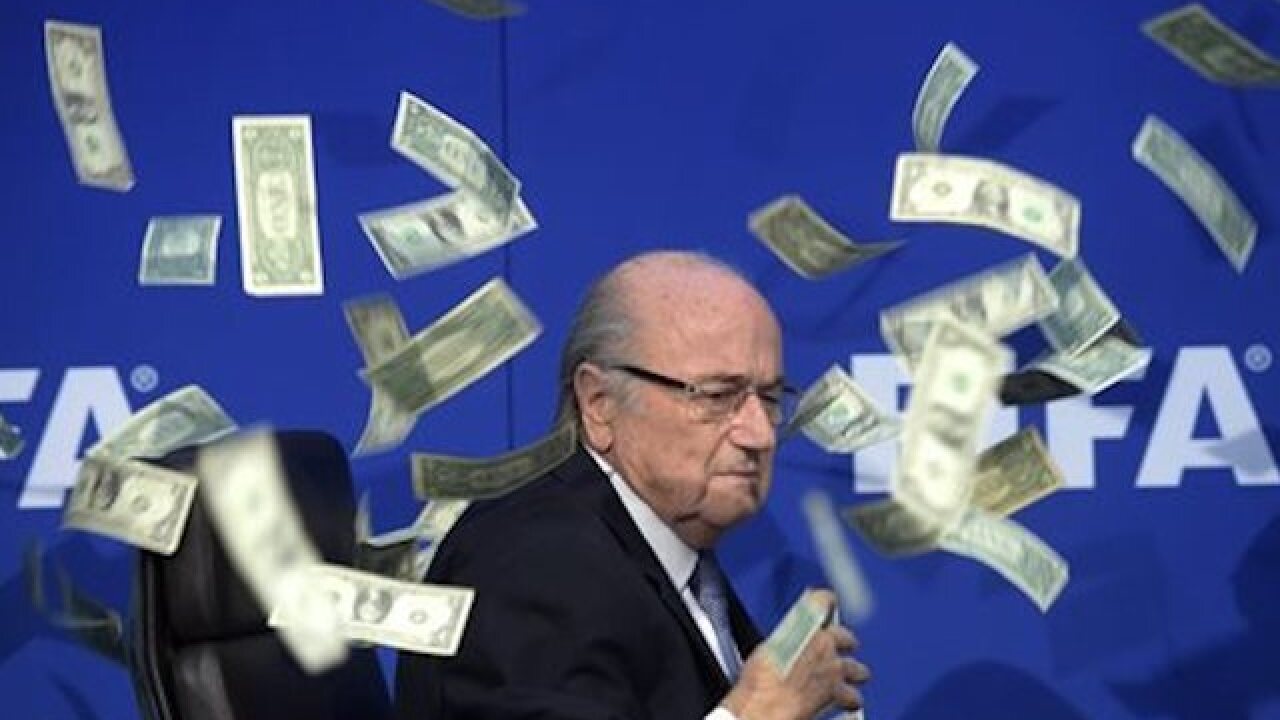 Ennio Leanza/Keystone via AP
Ennio Leanza
<p> FIFA president Sepp Blatter is surrounded by banknotes thrown by British comedian Simon Brodkin during a press conference following the Extraordinary FIFA Executive Committee meeting at the headquarters in Zurich, Switzerland, Monday, July 20, 2015. Blatter and FIFA have been engulfed in a deepening corruption scandal as the sport faces criminal investigations in Switzerland and the US. (Ennio Leanza/Keystone via AP, File) </p>

GENEVA (AP) — While acknowledging for the first time that votes were bought in past World Cup hosting contests, FIFA is seeking to claim "tens of millions of dollars" in bribe money seized by U.S. federal prosecutors.

FIFA submitted a 22-page claim to the U.S. Attorney's Office in New York on Tuesday that seeks a big share in restitution from more than $190 million already forfeited by soccer and marketing officials who pleaded guilty in the sprawling corruption case.

Tens of millions of dollars more is likely to be collected by U.S. authorities when sentences are handed down, and from dozens of officials currently indicted but who have denied bribery charges or are fighting extradition.

FIFA claims it is the victim of corrupt individuals, despite widespread criticism that bribe-taking was embedded in its culture in the presidencies of Joao Havelange and Sepp Blatter, who was forced from office after 17 years by the current scandal.