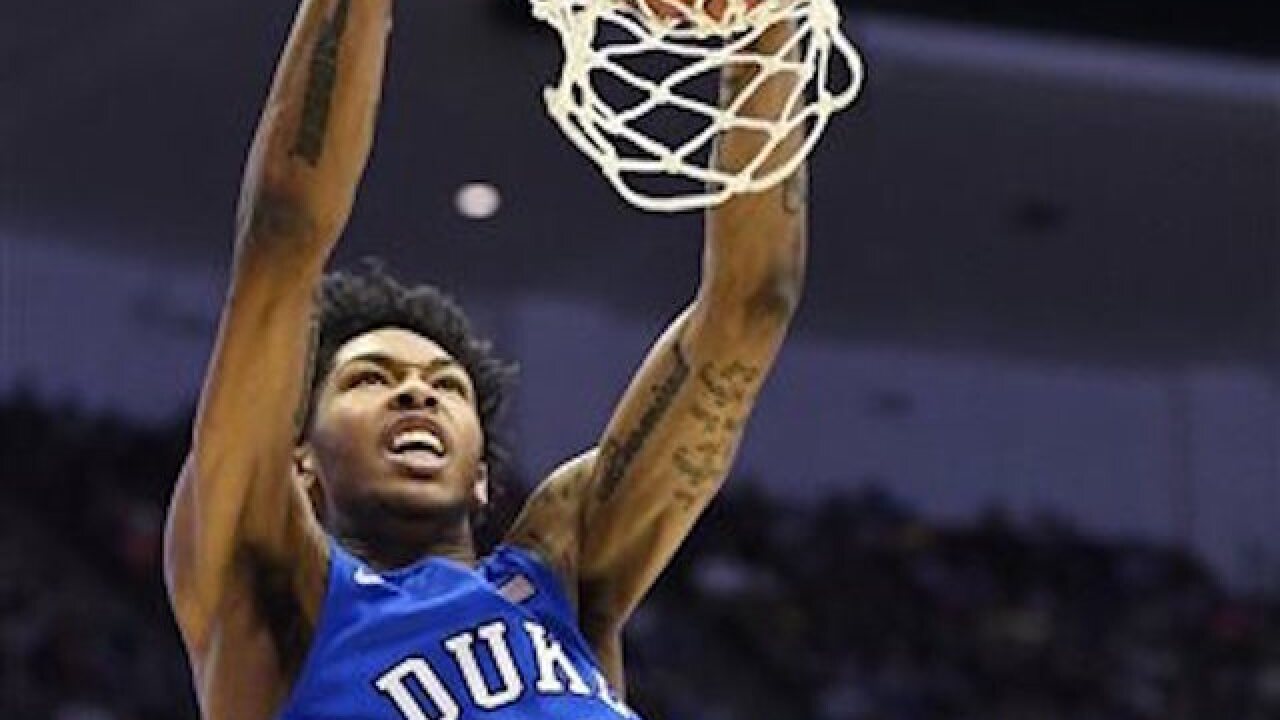 The freshman announced the expected move Monday in a first-person story posted on The Players' Tribune website. Duke spokesman Cory Walton said Ingram is hiring an agent, which means he will not be returning to school.

The Kinston, North Carolina, native is the seventh Duke freshman since 2011 to head to the NBA, a run that started with eventual NBA rookie of the year Kyrie Irving and continued last year when three freshmen made the jump after winning the program's fifth national title.

"On one hand, one year at Duke isn't a very long time. I know that," Ingram wrote in the story. "But I've done a lot of growing, and growing up, in that time."

The slender, soft-spoken 6-foot-9 swingman is widely projected to be one of the first two players, along with Ben Simmons of LSU, to be taken in the June draft.

"Brandon Ingram was a special player at Duke this year, and his best basketball is still ahead of him," Krzyzewski said. "He is a no-maintenance player who loves the game, has a strong desire to get better and competes every time he steps on the floor."

Ingram is leaving Duke early after arriving late: He didn't pick a school during the early signing period in November 2014 and didn't decide on Duke until last April, when he chose the Blue Devils over instate rivals North Carolina, North Carolina State and a list of other big-name programs.

His NBA decision came as much less of a surprise. Ingram was widely assumed to be headed to the pros after the season.

When Krzyzewski was asked before Duke's NCAA Tournament opener about the possibility of Ingram being a one-and-done player, the coach replied "yeah, he will" and added, "this will be the only time that he can play in the tournament."

In all, nine Duke players have gone pro following their freshman season and all of them were selected in the first round with guard Tyus Jones last year the only one that wasn't a lottery pick.