UPDATE: Attorney says it's unlikely Vegas Golden Knights will have to change name 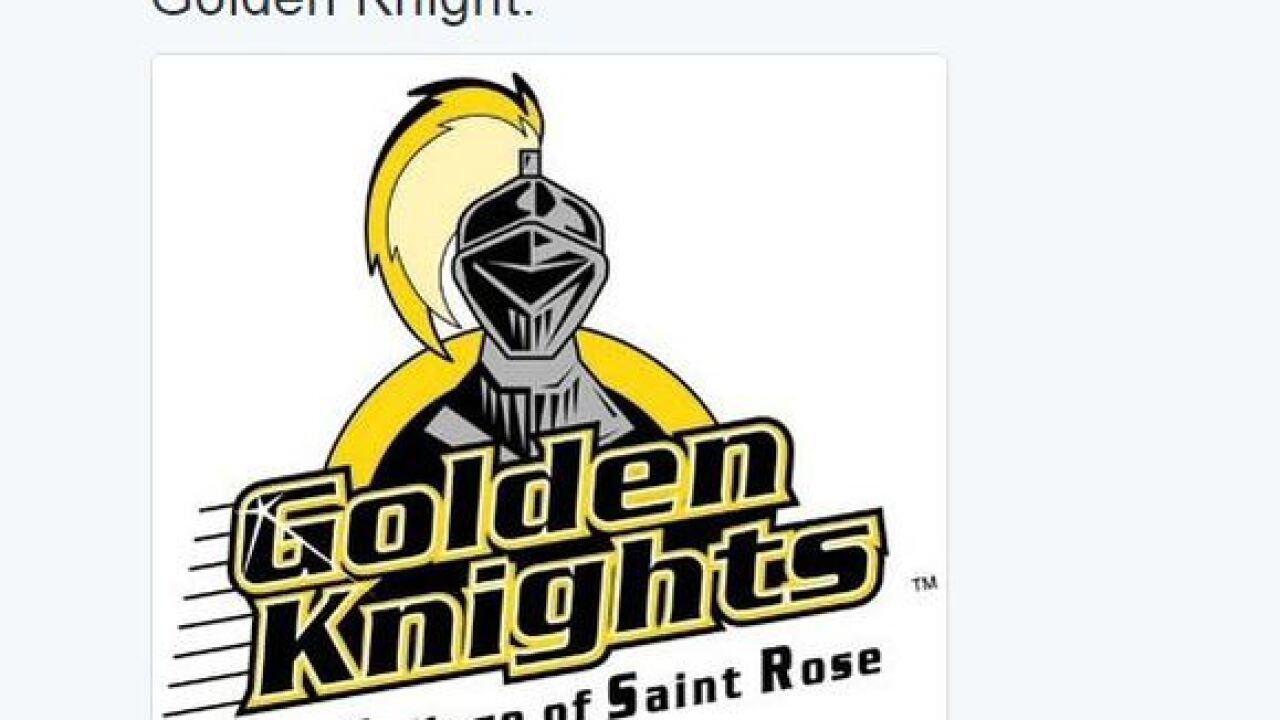 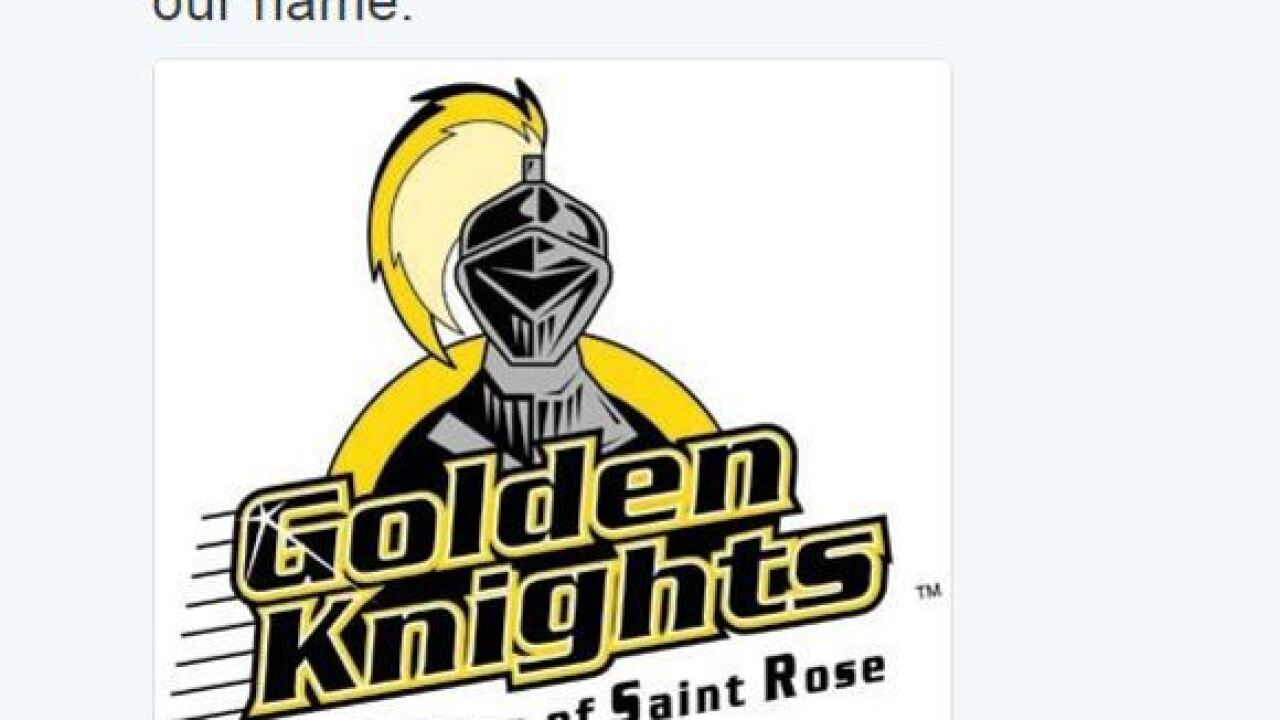 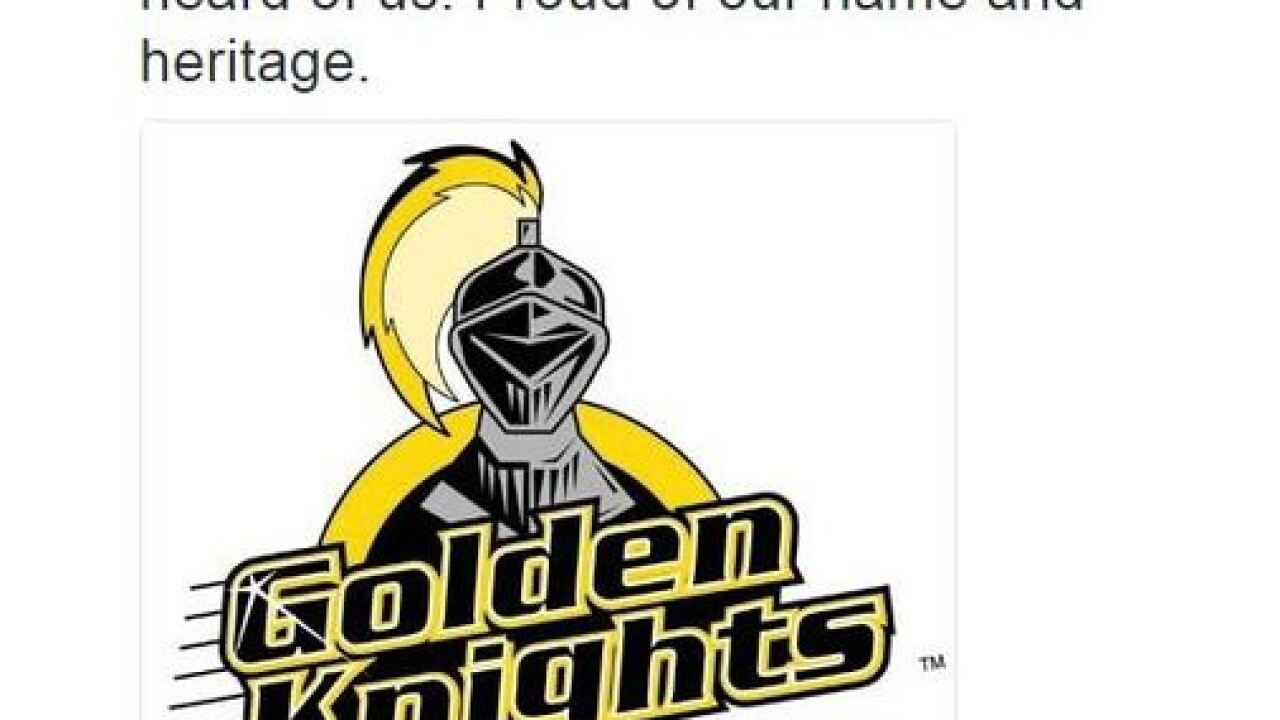 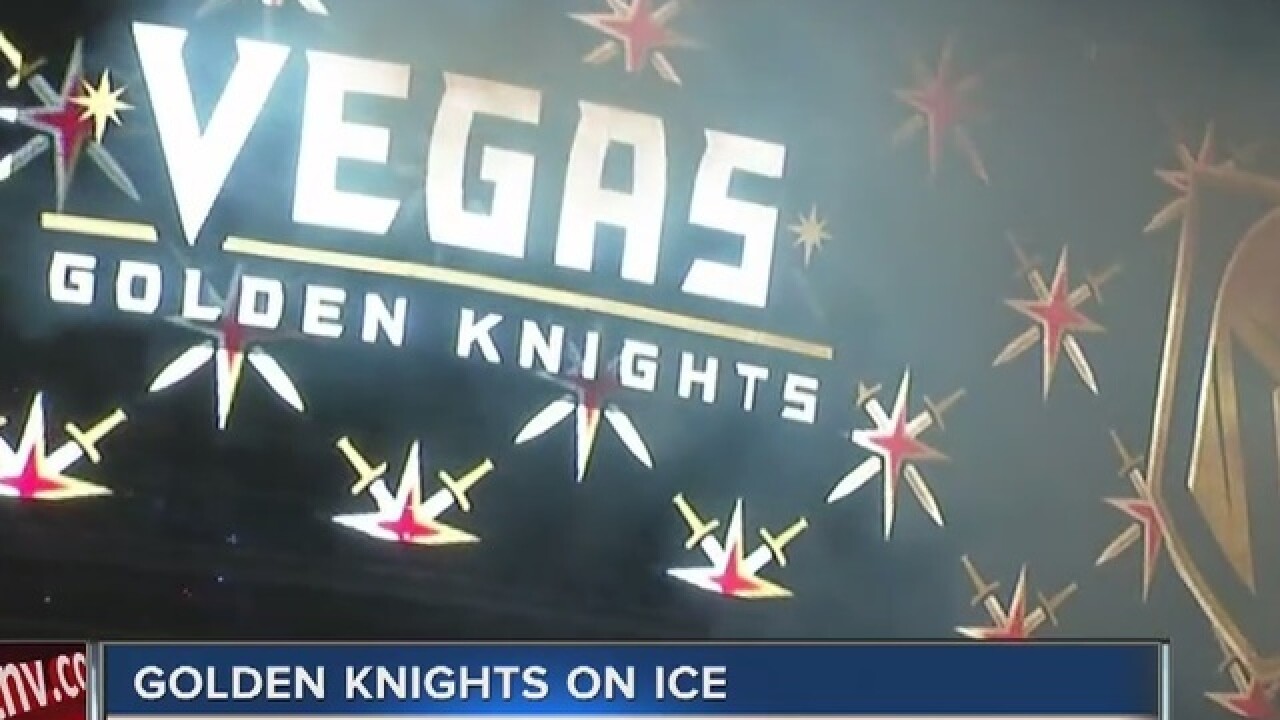 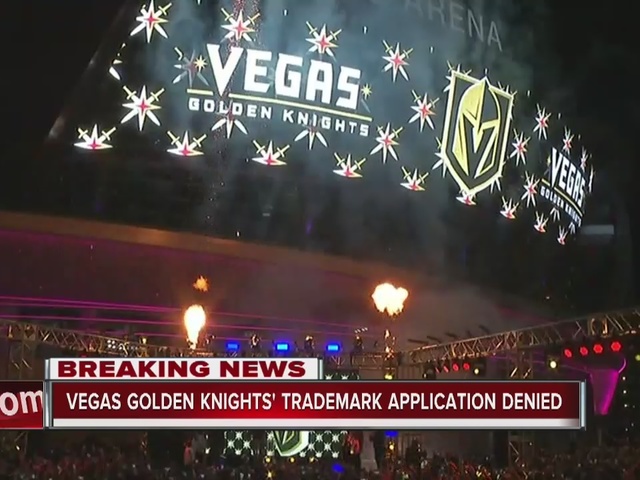 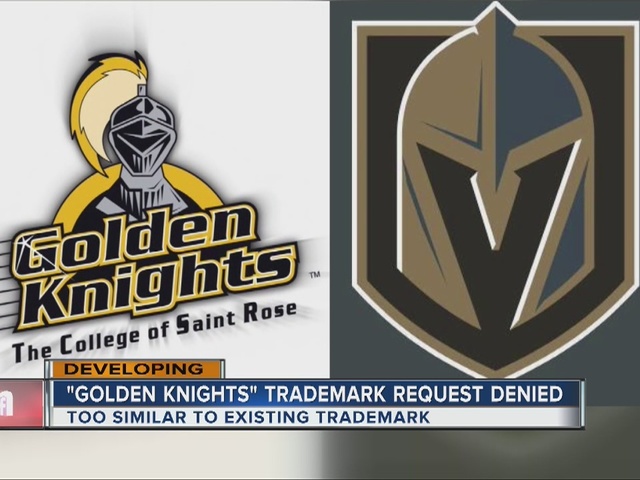 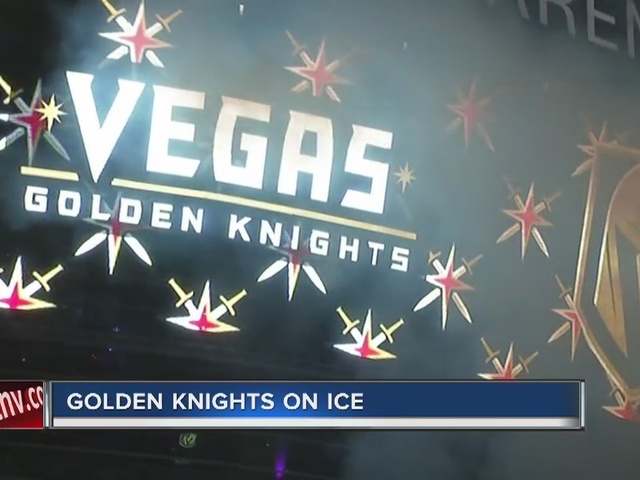 UPDATE ON DEC. 8: An attorney says it's very unlikely the Vegas Golden Knights will have to change their name after the trademark denial.

"These people exist out in the real world," said J. Malcolm DeVoy, trademark attorney. "They understand if the NHL needs to use it and everyone else agrees to it, even though they have the right to say this is still going to be likelihood of confusion and deny the registration, it seems unlikely they would do that."

The team can still sell merchandise and be the Vegas Golden Knights. But without the trademark, the College of Saint Rose could technically sue the team.

Representatives with the College of Saint Rose said the trademark denial for Las Vegas is a big deal for them.

"A lot of people are excited for us and stuff, and it's good to know a small school can stand out, a little bit, and we're certainly proud of our trademark, we like it, we like the logo, we think it represents the spirits of our students and our institution, so we're pleased," said David Alexander, assistant athletics director.

The College of Saint Rose has nine sports to choose from but hockey is not one of them.

The Twitter account for the college in Albany, New York, sent the following tweets on Thursday afternoon:

Introducing ourselves. We’re the Golden Knights of Saint Rose. You may have heard of us. Proud of our name and heritage. pic.twitter.com/pore2Q5E0X

Saint Rose by any other name is still a Golden Knight. pic.twitter.com/cRhplCQe5A

With our proud history, no wonder you love our name. pic.twitter.com/7ZuaP0mPkV

LAS VEGAS (KTNV) -- A roadblock has emerged for the Vegas Golden Knights before the city's first professional team even hits the ice.

Documents from the U.S. Patent and Trademark Office show that the NHL team's trademark was denied Wednesday and the team has six months to respond.

The paperwork says the team's name and the way it is presented shares too many similarities with the College of Saint Rose Golden Knights in Albany, New York, leading to possible confusion.

The team's name was released just over two weeks ago.

The team's president told 13 Action News that they are unaware of the trademark issue.

"We're excited about the name and we can't wait until next October," Kerry Bubolz said.

However, a statement sent to Sports Illustrated shows that the team is aware of the issue and commented on how there are "countless examples of college sports teams and professional sports teams with coexisting names."

Statement sent by Las Vegas franchise to @SINow on rejection of the Golden Knights trademark: pic.twitter.com/SvSym76VXv