By the tweets: Oklahoma State shuts down Arizona 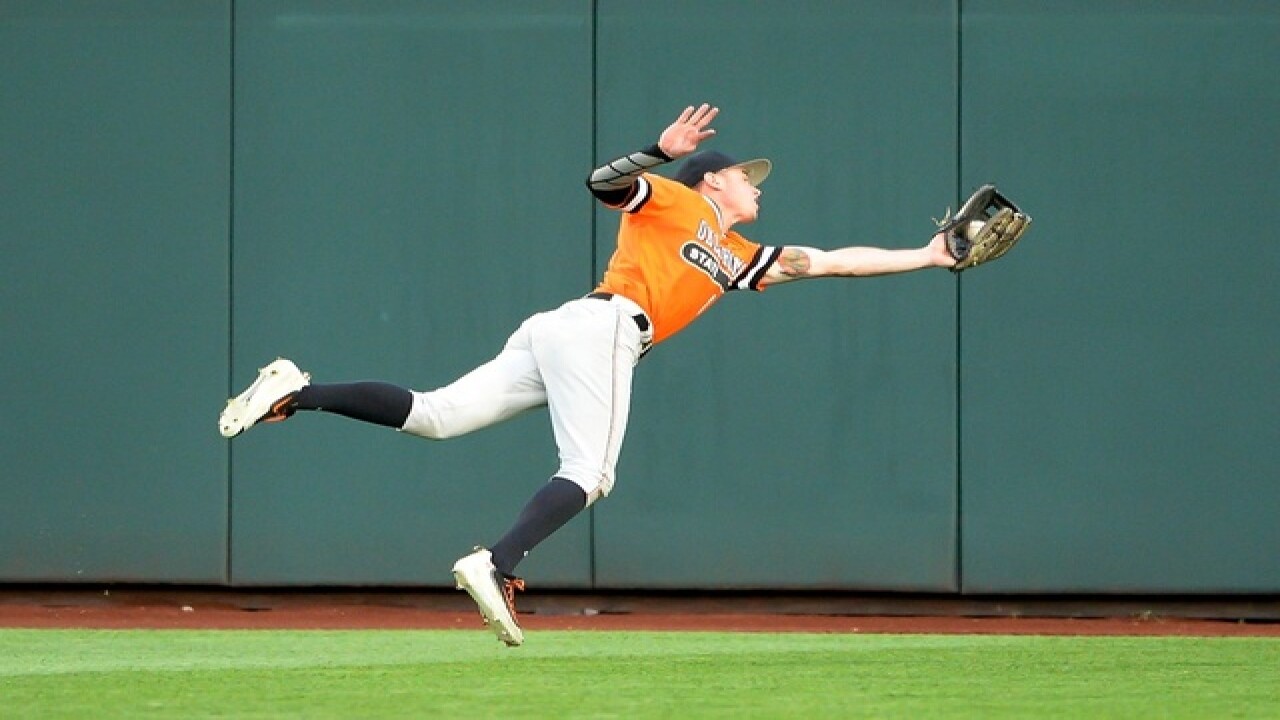 The Cowboys beat Arizona 1-0 on Monday at TD Ameritrade Park Omaha to remain undefeated at the 2016 College World Series.

A look in the #okstate clubhouse during the @NCAACWS delay. Conversation topics include @KingJames & @ClaytonKersh22 pic.twitter.com/POZQzxEUoG

Even the ESPN crew made use of the time.

When there's a rain delay at the #CWS...you get creative. pic.twitter.com/uuLzYIqGDS

But once the game got going, both starting pitchers were ready. Bobby Dalbec took the mound for the Wildcats and Tyler Buffett started for the Cowboys. The duo tossed zeroes with the help of some stellar defense. This one might make SportsCenter.

Oklahoma State notched a run in the fourth after Garrett Benge knocked a single to score Donnie Walton.

And that was it for the offense, but the lack of runs came in part because of some great defense on both sides. Buffett dominated. It figures someone named Buffett would do well in Omaha.

Another perfect inning for @Candyman1111 in b6 and two more strikeouts as well. On to the 7th with #okstate up 1-0 pic.twitter.com/MXywpInz69

Dalbec, meanwhile, also had a gem with 12 strikeouts in eight innings. Still, it wasn't enough as the Cowboys tossed the first back-to-back shutouts to start a College World Series. This seems official.

According to folks who would know, never been back-to-back 1-0 wins by a team in @CWSOmaha history. @OSUBaseball going for it now