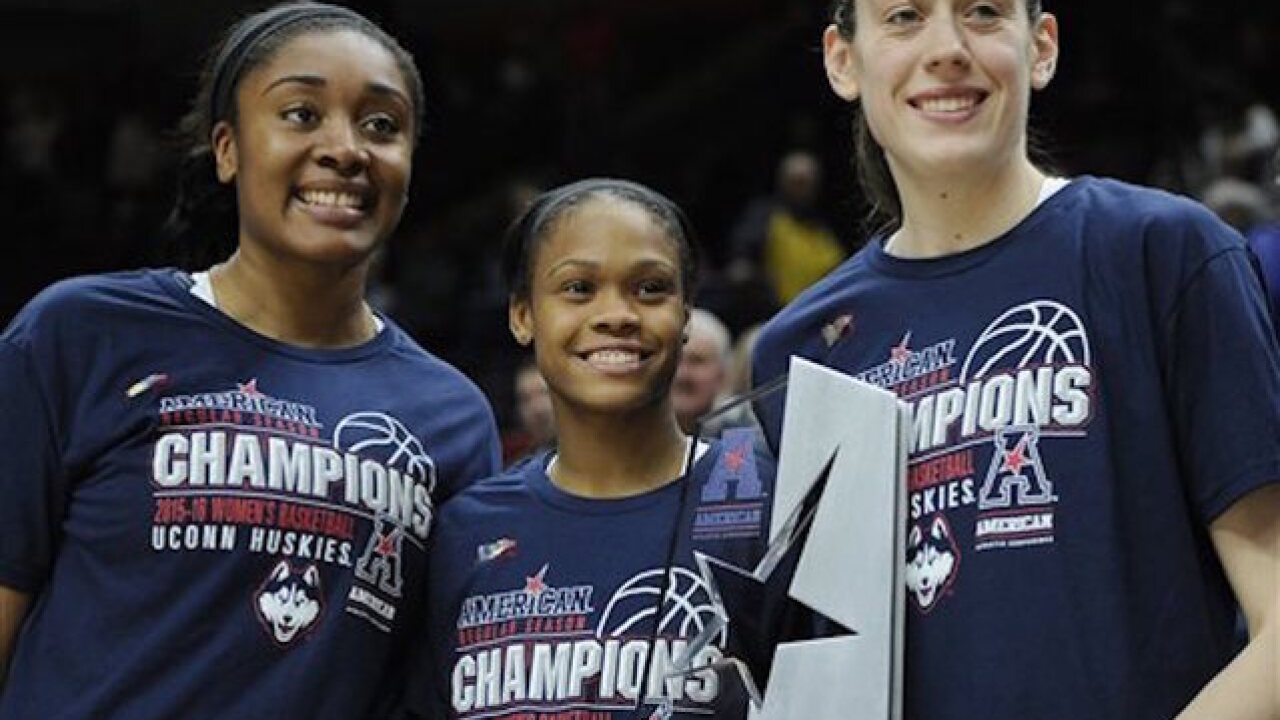 Moriah Jefferson went second to San Antonio and Morgan Tuck third to Connecticut, the first time in draft history that three players from the same school went 1-2-3. It's never happened in any major sport according to information provided to the WNBA by the Elias Sports Bureau.

The WNBA has had two of the first three players come from the same school on three separate occasions. The closest to the top three being from the same team was in 2002 when UConn had players taken first, second, fourth and sixth.

The 6-foot-4 Stewart averaged 19.4 points and 8.7 rebounds to lead the Huskies to a fourth consecutive national championship earlier this month. She became the first player in NCAA history to earn most outstanding player of the Final Four all four years.

When her name was called by new WNBA President Lisa Borders, Stewart hugged UConn coach Geno Auriemma, who was sitting at her table. She then gave a hug to Jefferson and Tuck with her other former UConn teammates applauding from the crowd at Mohegan Sun. It was the third straight season that the draft was held at the home of the Connecticut Sun.

It marked the second straight season that the Storm had the top pick in the draft. Seattle took Jewell Loyd at No. 1 last year. The team also had back-to-back No. 1 selections in 2001 and 2002 when Seattle drafted Lauren Jackson and Sue Bird.