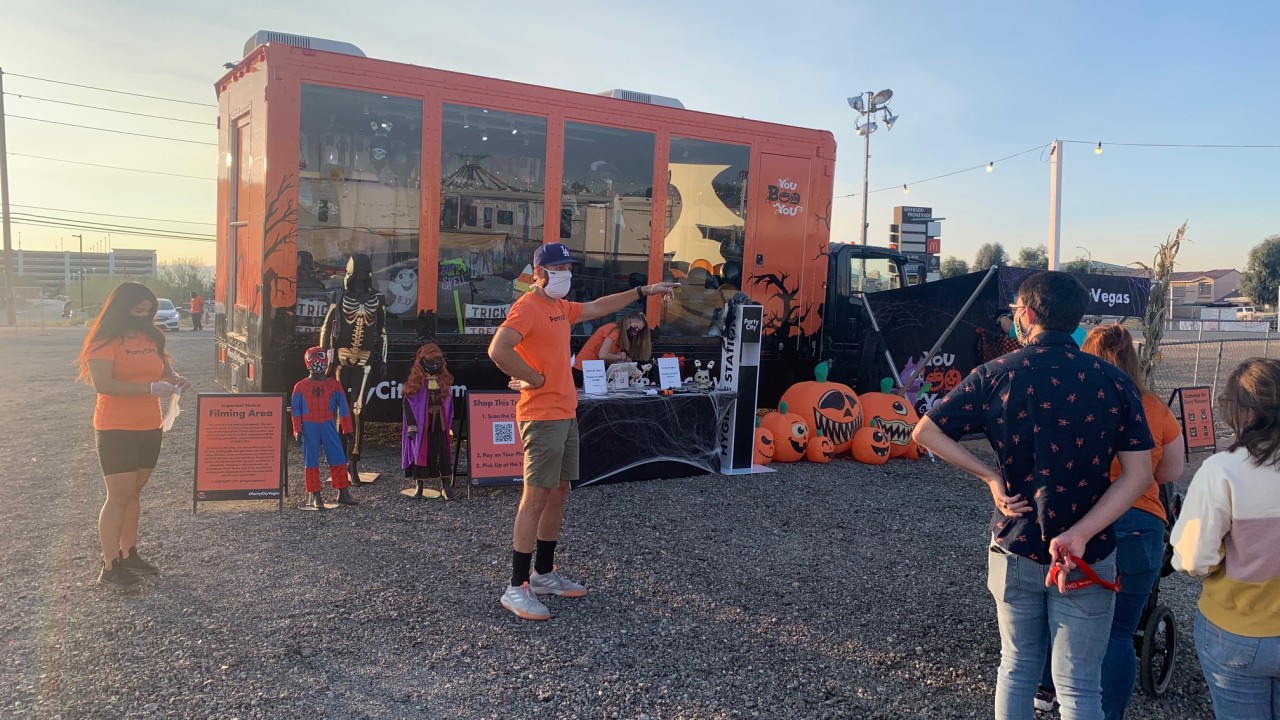 Party City's Halloween-themed mobile tour has landed in Las Vegas and operators say it's helping kids find costumes, while reducing their risk of catching COVID-19 in the process. 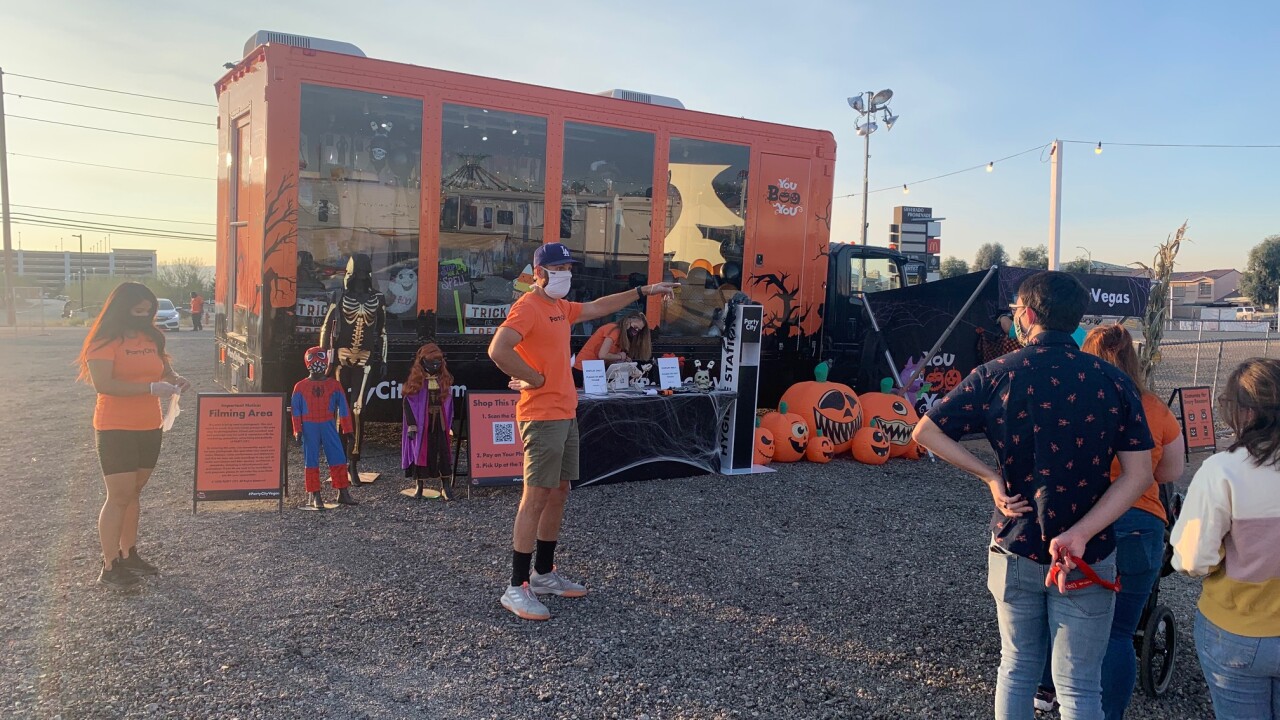 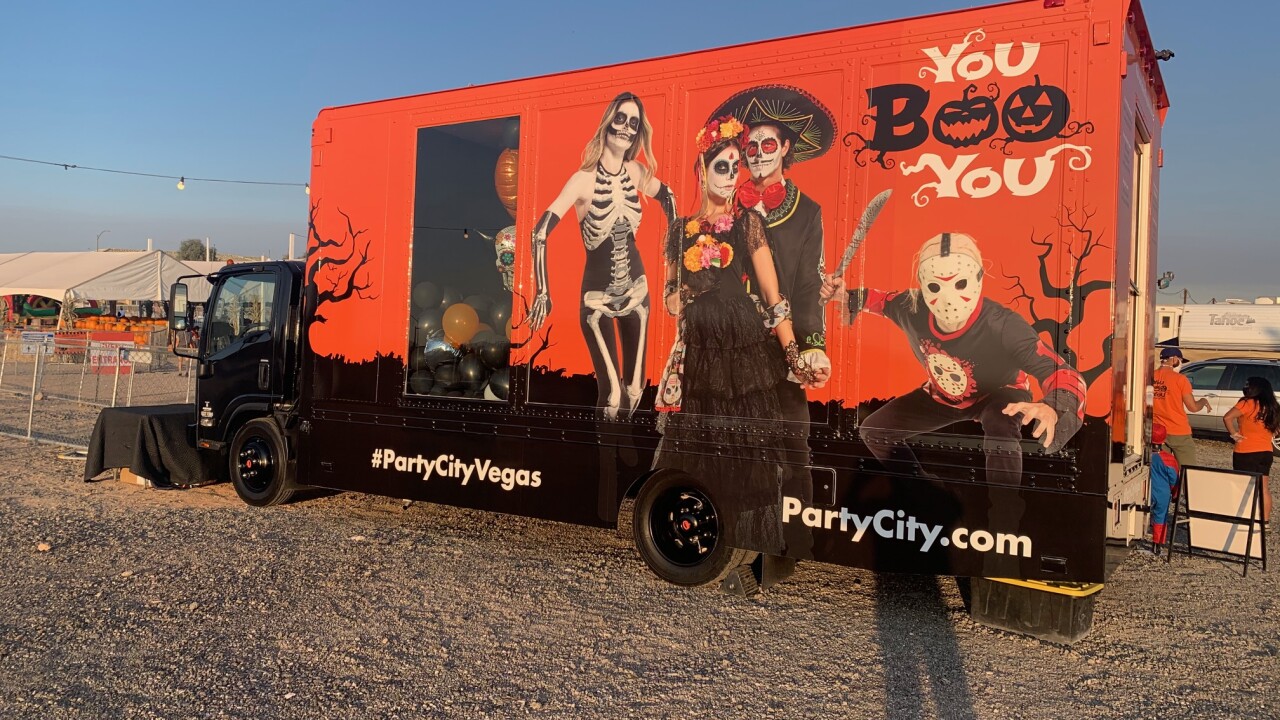 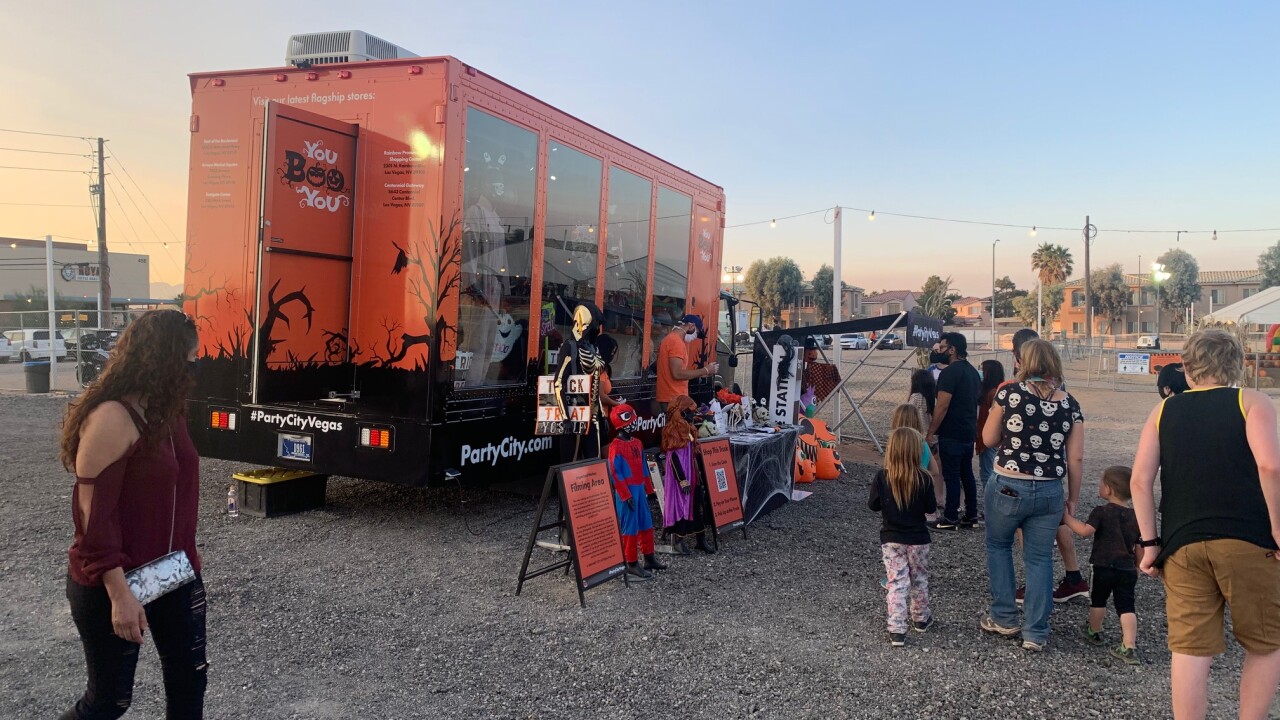 LAS VEGAS (KTNV) — Americans love Halloween, but the pandemic has canceled so many popular events this year, many are wondering whether Halloween is still happening and what it will look like.

For those who say Halloween isn't happening this year, no one told the hordes of families who have been showing up at local Halloween Town pumpkin patch locations. 13 Action News spoke with Amanda Rodriguez, a celebration specialist with Party City, about this year's shopping trends, some safe ways to celebrate during this pandemic, and how Party City is bringing the Halloween shopping experience to you!

"They can’t actually try on the costumes here at the truck because we actually launched a new scan-and-go purchase and pick-up system," said Rodriguez.

By scanning a QR code in front of the Party City bus, families can browse and buy anything that's in the truck. Then, they can pick up their purchases from the bus when they're done at the pumpkin patch.

"With a lot more folks no longer leaving their home or going to the store, we want to bring the store to them," said Rodriguez.

When it comes to costumes, Rodriguez says, this year, kids are sticking to the classics.

As for the adults, a recent survey from the National Retail Federation found only 58% plan to celebrate Halloween this year. That's down 10% from 68% last year because of the pandemic. But for the adults who do want to dress up, a witch, vampire, or cat costume are most common this year. And Rodriguez says it's easier than ever to dress up.

"Now that we offer so many more different types of accessories, adult costumes have become a lot more popular since you don’t have to wear a full-blown costume just to dress up," said Rodriguez.

Even though the CD. and Southern Nevada Health District don't recommend traditional door-to-door trick-or-treating this year, party planning experts like Rodriguez say there are safe ways to get in the spooky spirit.

"This year we have actually launched new decorating kits that allow you to decorate your home, which gets everyone in the Halloween spirit, both inside and outside. Also, we’ve developed new car decorating kits where families can partake in a Halloween parade. They can still dress up, decorate their car, and drive around their neighborhoods to take in all the spooky sites. You can get into the spirit, even if it is just staying at home and decorating and getting your costumes and creating a little haunted house within your own home," said Rodriguez.

The Party City mobile tour is going to be busy in the days leading up to Halloween. This week, you can catch it at the haunted western drive-thru hosted by Whitney Ranch Recreation Center in Henderson.