SLAM Academy in Henderson is game changer for students 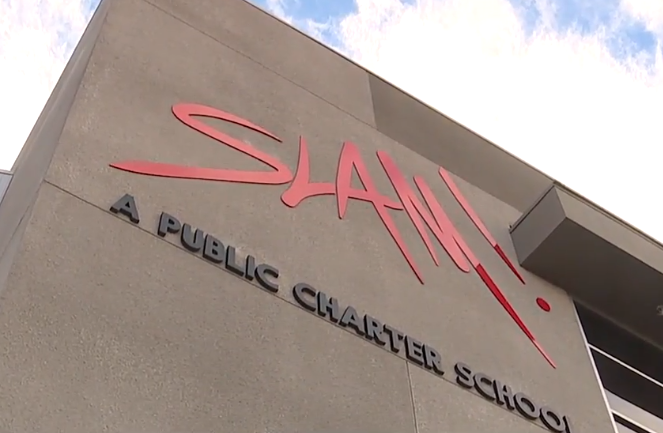 SLAM academy in Henderson is changing the game on how kids learn.

HENDERSON (KTNV) — SLAM Academy in Henderson is changing the game on how kids learn.

This learning is happening in the classroom here in Southern Nevada and soon across the nation.

Well-known rapper Pitbull has made his mark on education with a sports twist.

As the founder of the SLAM Academy - a public charter school in Henderson – he already has left a lasting impact on students at the school.

"He inspired me. In 6th grade, I got to play basketball with him. Since then I realized I could become big. I can make it somewhere in life," said 8th grader Dominiq Vasquez.

Ninth grade athlete Megan Larocque feels the same way as she says coming to SLAM two years ago has been a game changer for her - learning subjects with a sports theme has changed her entire school experience.

“Once I came here, and I started relating more to my education I started getting better grades, made more friends and got to know a lot more people," Larocque said.

It's that kind of student experience that principal Dan Triana says has helped enrollment soar.

In the past three years, even with the smaller class size averaging 30 students, the school is adding 250 more students and graduating its first senior class next year.

"It’s rigor, relevance, and relationships. So by keeping the class sizes small it promotes those close relationships that the kids need to motivate and inspire them to be the best," Triana said.

And parents like Kevin Durant says it's working for his son Jaden who plays tackle football, but also says you don't have to play sports to fit in.

SLAM also helps kids figure out what they may want to do longterm.

In middle school, students take a semester of sports marketing and entertainment along with sports media production and sports medicine.

By 9th grade, students declare a major which determines their electives.

If you're interested in your child attending, enrollment is chosen through a lottery system.

For the next school year, the deadline to enroll is Feb. 28.