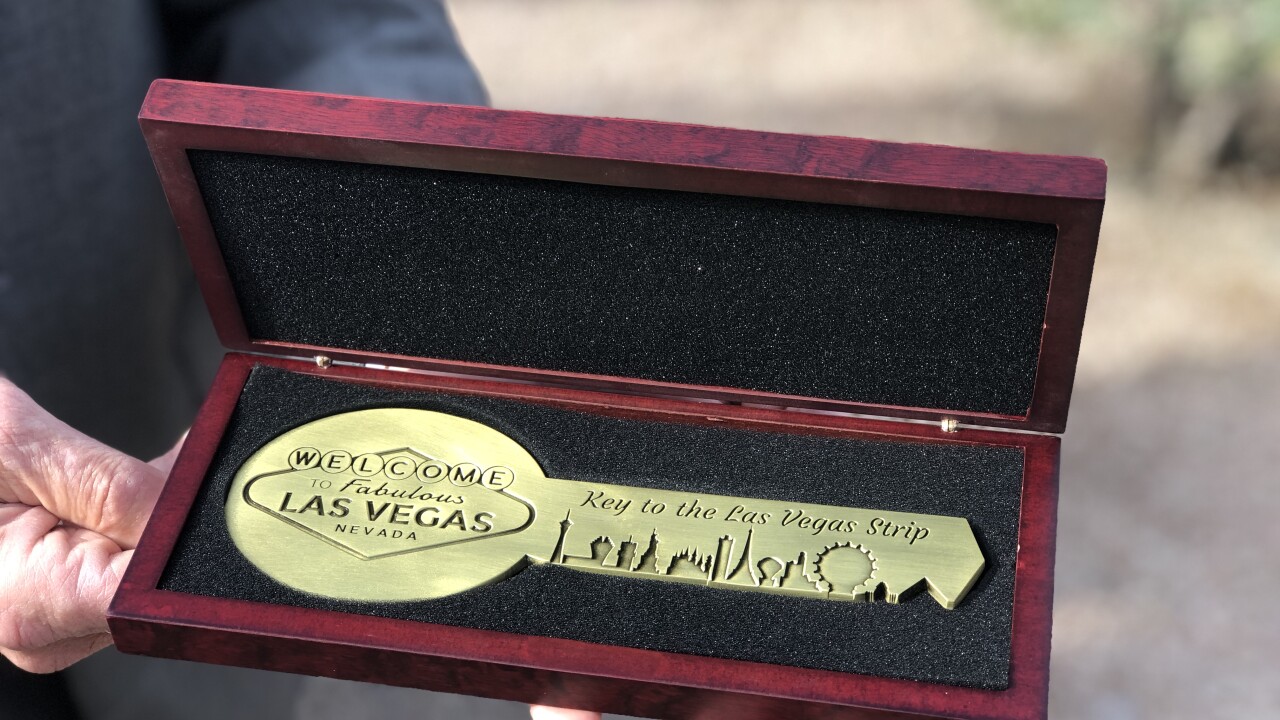 YESCO, the 100-year-old company known for creating, repairing and maintaining internationally recognizable signs, received a Key to the Las Vegas Strip in honor of its centennial year and contributions to the Southern Nevada landscape at the Nov. 17 meeting of the Clark County Commission.

Michael and Jeffrey represent the third and Nathan the fourth generation of the Young family, whose patriarch, Thomas Young, Sr., founded the company in Ogden, Utah, in 1920.

“YESCO has employed thousands of Southern Nevada citizens since beginning their operation in Las Vegas in 1932,” said Naft. “We are pleased to honor YESCO for ‘100 years of light’ and for their contributions to Clark County and the State of Nevada.”