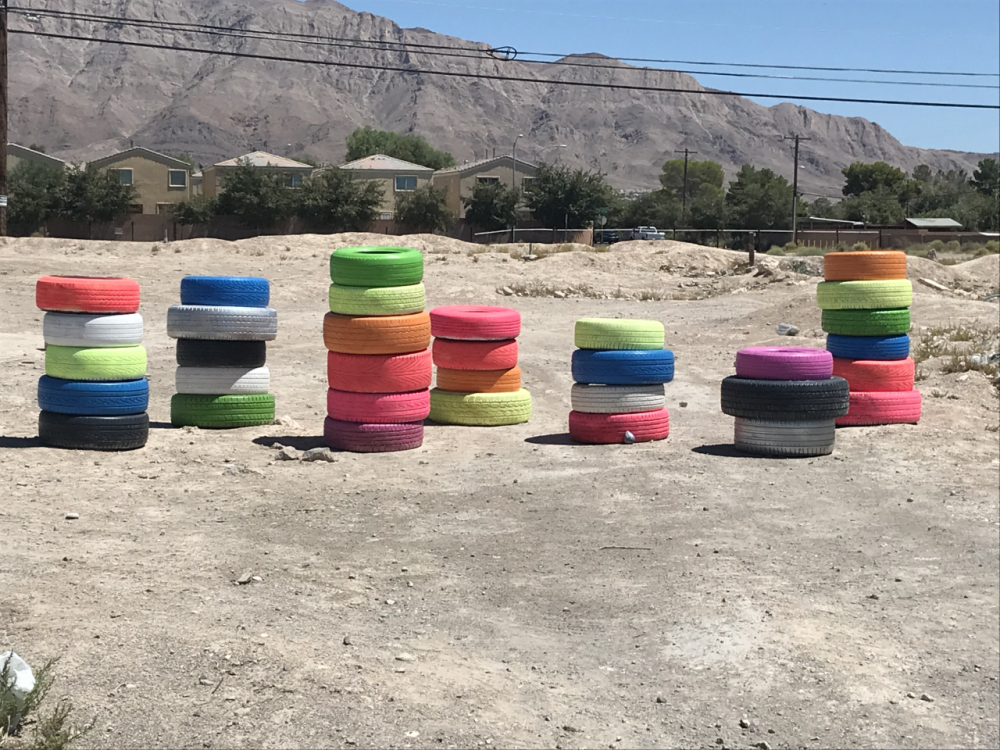 Two artists in the Las Vegas valley have created their own version of Seven Magic Mountains. 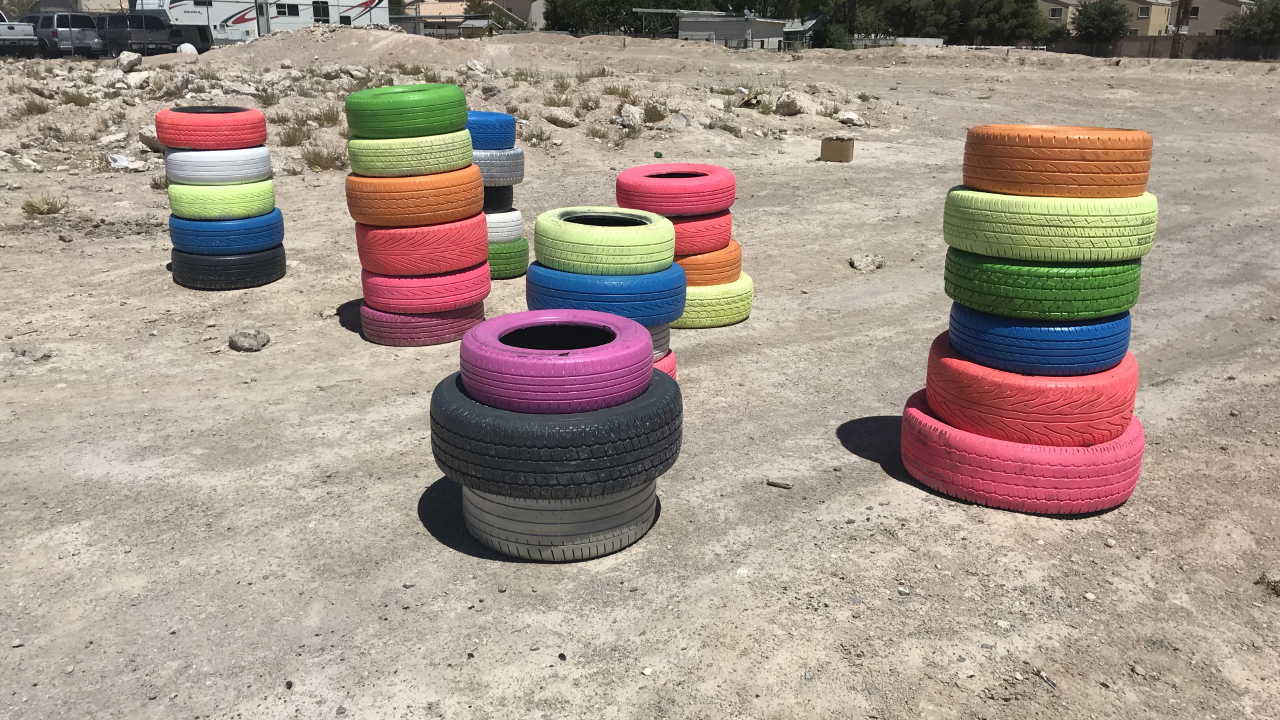 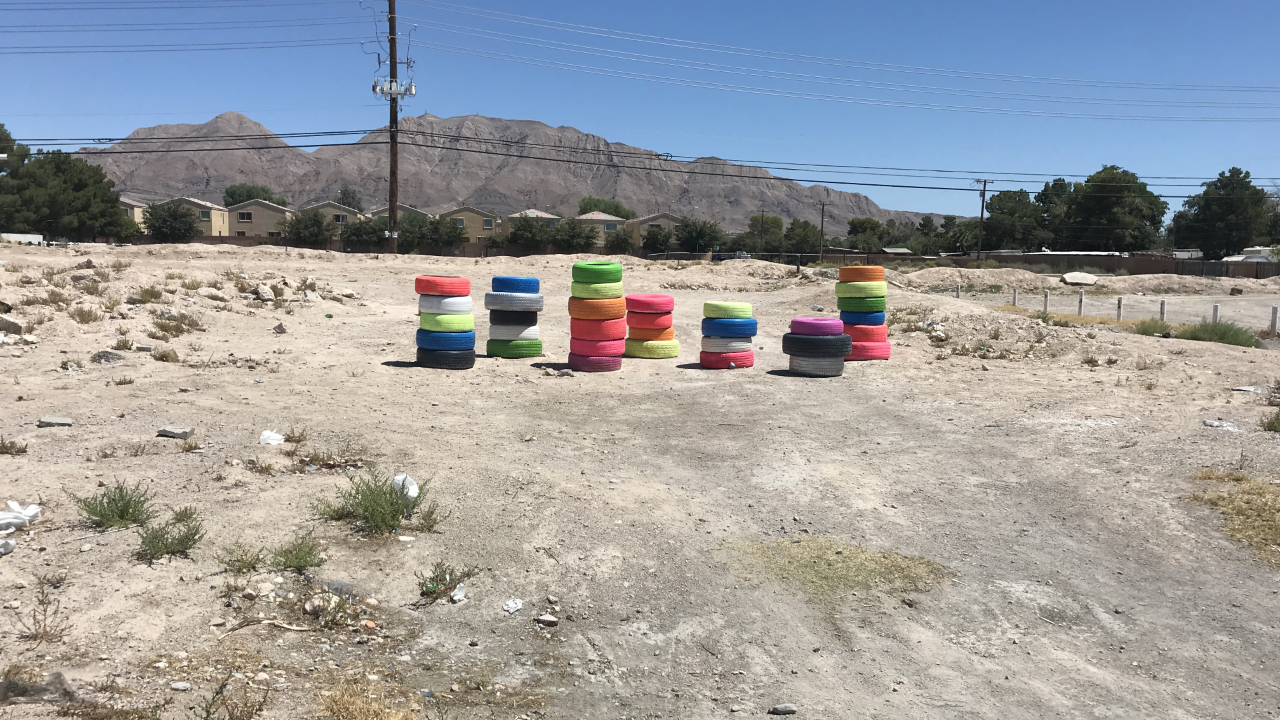 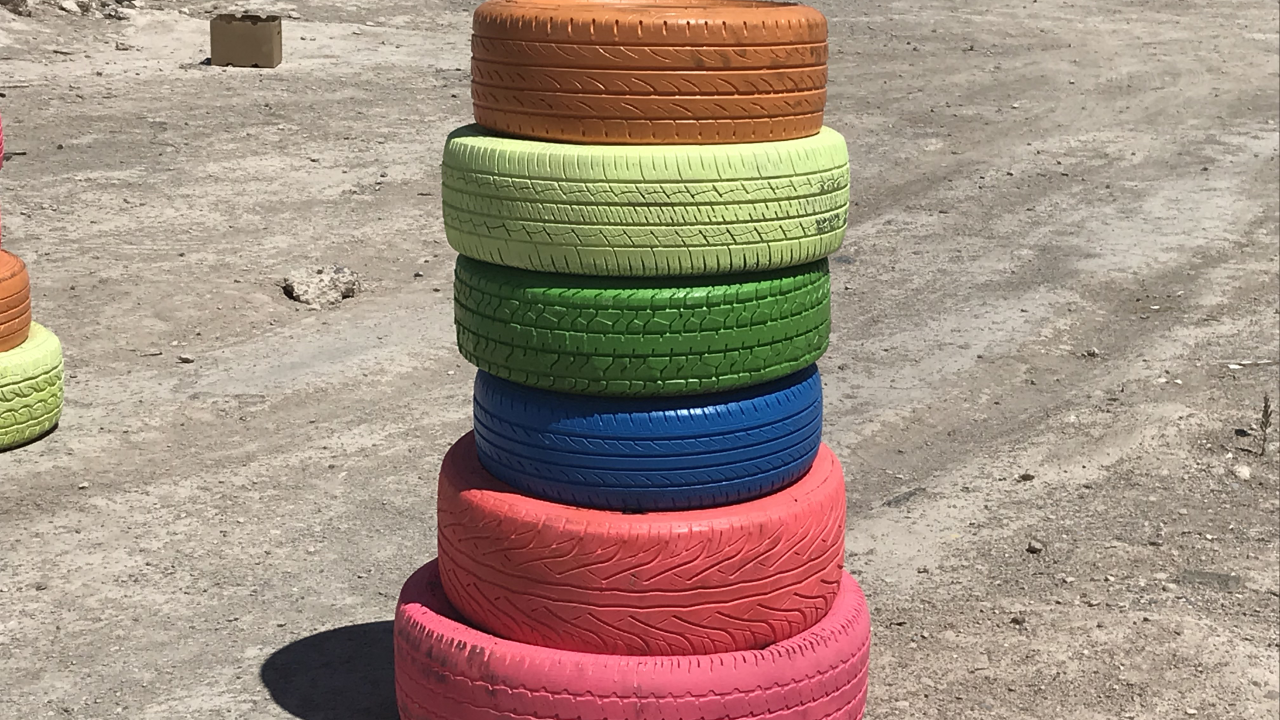 The brightly-colored tires are located at 100 N. Nellis Boulevard near East Charleston Boulevard.

According to a post by @favyfav (Justin Favela) on Instagram, he and @ramirogomezjr (Ramiro Gomez) decided to make their own version of the colorful stacked boulders with tires "in honor of all the llanteras and mecánicos in East and North Las Vegas."

The tires were initially part of an exhibit titled "Sorry for the Mess" at the UNLV Marjorie Barrick Museum of Art. The exhibit was a collaborative artwork about labor, childhood memories, and life in Las Vegas.

The tires appeared a few days ago after the exhibit closed at UNLV. Since then, it has caught the attention of many people, including the police, in the area and photos have popped up on social media.

Seven Magic Tires Tires, paint and screws 2019 Made by @ramirogomezjr and I for #SorryForTheMessUNLV at @unlvmuseum. . . . Modeled after Ugo Rondinone’s “Seven Magic Mountains,” Ramiro and I decided to make our version of the colorful stacked boulders with tires in honor of all the llanteras and mecánicos in East and North Las Vegas. Today I installed #SevenMagicTires on 1000 N Nellis right in front of the East Side’s iconic Sunrise Mountain. If you missed them at UNLV stop by now to check it out and if you’re lucky @antojitos_guayabitos will be there serving up some bomb mariscos! Photos by @mikaylawhitmore! #SevenMagicTires