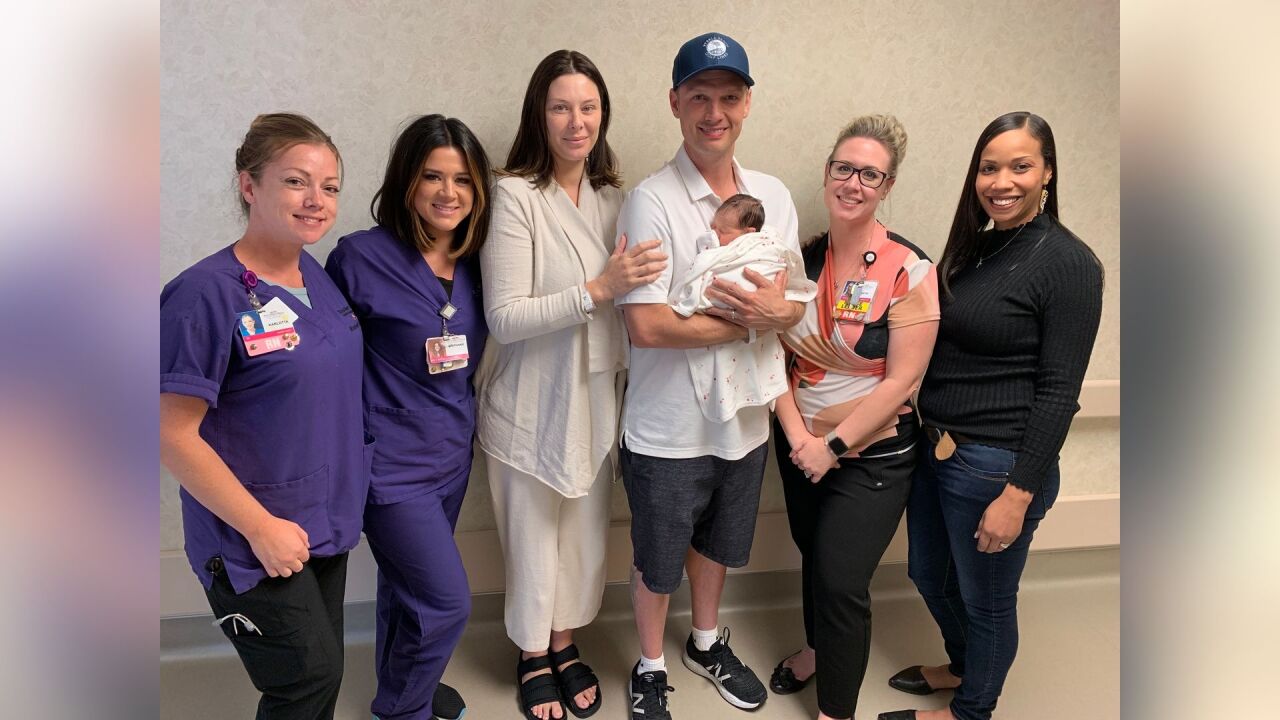 Lauren Carter was one of the first mothers to experience the new
birthing suites at Southern Hills Hospital.

The Women's Services Department is currently undergoing a multi-million dollar renovation expected to be fully completed by February 2020.

"The Women's Services Department at Southern Hills is thankful we could be part of such a special time for this wonderful family," said Kristin Boyle, director of Women's Services.

Lauren and baby Saoirse were cleared to leave the hospital on Oct. 4, according to a hospital spokesperson.

The family thanked the nurses and staff who cared for them during their time at the hospital.

Also Odin already new his sister because of the movie. So it was an easy transition for him 😊#songofthesea #saoirsereigncarter pic.twitter.com/MRU8u72fet