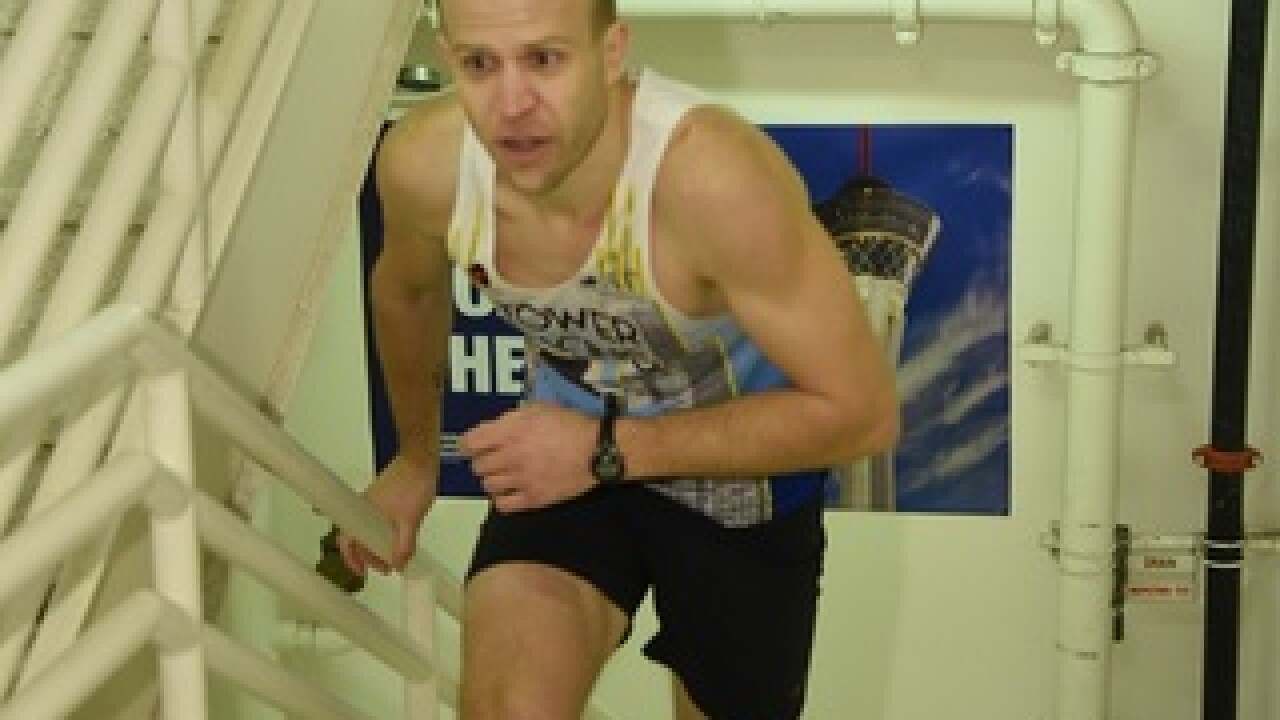 Copyright 2018 Scripps Media, Inc. All rights reserved. This material may not be published, broadcast, rewritten, or redistributed.
Cashman Photo

40-year-old Josh Duncan from Carpentersville, Illinois was named the overall winner of Scale the Strat 2018 on Feb. 25. Duncan climbed all 108 floors and 1,455 steps of the Stratosphere Tower in 8 minutes and 10 seconds.

More than 1,000 people registered for this year's event, which benefited the American Lung Association in Nevada. A record $325,000 was raised as a result.

This year's event also featured the Firefighters Challenge, in which firefighters climbed the stairs of the Stratosphere Tower in full gear, which can weigh over 60 pounds.

According to Scale the Strat organizers, firefighters, and first responders face an increased risk of short-term or chronic lung issues due to exposure to gases, chemicals, particulate and other substances.

The fastest firefighter was Mark Stanford of Las Vegas Firefighters Local 1285. He made it up the stairs in 14 minutes and 54 seconds.