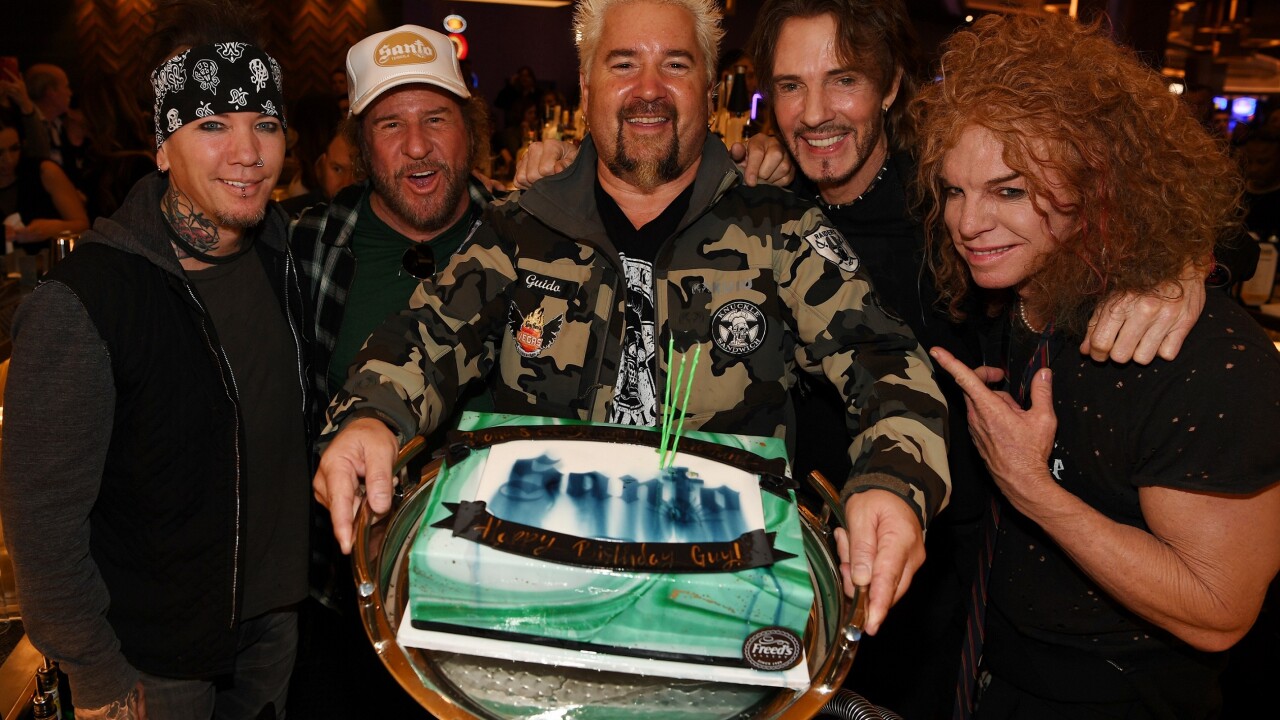 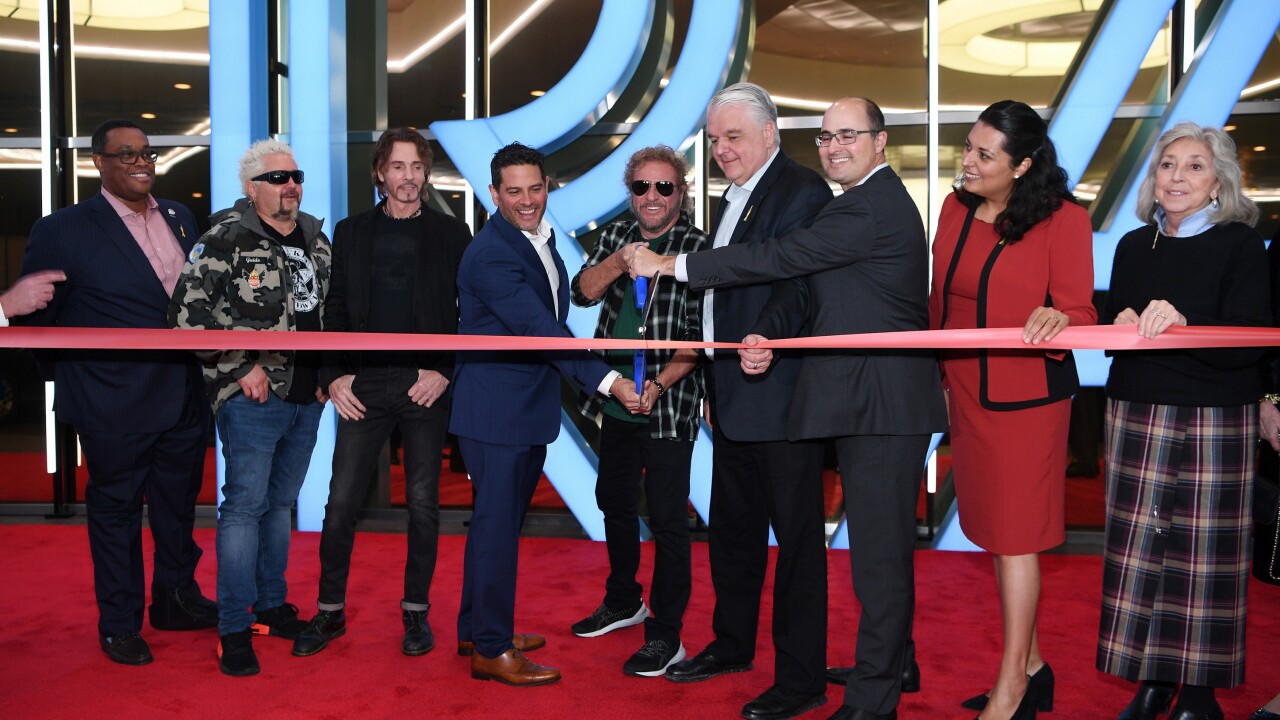 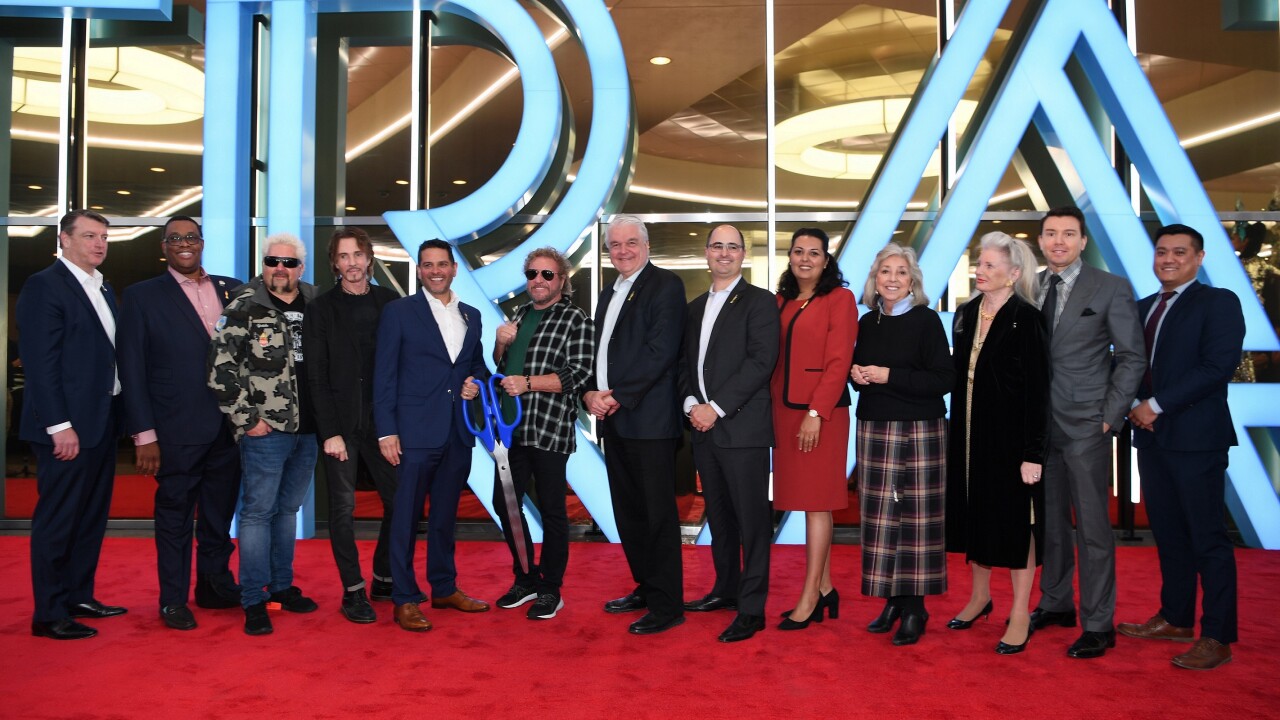 Sammy Hagar, Guy Fieri, Rick Springfield and Governor Steve Sisolak were among the special guests who commemorated the transformation of The STRAT Hotel, Casino & SkyPod and the official transition to the iconic property’s new name at a special event last night.

The event began with a ribbon cutting, where Charles Protell, president and chief financial officer and Steve Arcana, executive vice president and chief operations operator of Golden Entertainment, Inc., the parent company of The STRAT, welcomed guests along with the hotel’s vice president and general manager, Stephen Thayer. City of Las Vegas Councilmembers Olivia Diaz and Cedric Crear proclaimed the day, “The STRAT Hotel, Casino & SkyPod Day,” on behalf of the City of Las Vegas; and proclamations were presented by Governor Sisolak and Congresswoman Dina Titus on behalf of the State of Nevada.

As the ribbon cutting ceremony came to an end with Hagar, he was surprised by Fieri, who snuck up behind him. Fieri, who is Hagar’s friend and business partner in Santo Blanco Tequila and Santo Mezquila, was celebrating his birthday. The surprise guest and Food Network favorite unexpectedly showed up just in time to cut the ribbon with the rest of the guests.

In addition to celebrating the transformation of The STRAT, Hagar, Springfield and Fieri were also celebrating a new partnership with Golden Entertainment for their spirits. Fieri and Hagar are partners in Santo, and during the event Hagar announced that Springfield is his new partner in Sammy’s Beach Bar Rum. The trio went from the ribbon cutting at The STRAT’s main entrance straight to REMIX Lounge, where they poured shots and drinks for a packed bar full of fans. Fieri was presented with a birthday cake made by Freed’s Bkery of Food Network’s “Vegas Cakes” honoring him and their tequila with “Blondes and Blancos Have More Fun.” Proving the birthday message rings true, Fieri poured Santo Blanco Tequila over the cake and then served it to fans in cocktail glasses.

The group then joined the ‘blue carpet,’ a nod to The STRAT’s new identity, where they joined other celebrities and entertainers for photographs including DJ ASHBA, Carrot Top, special guest hosts Joss Mooney and Rogan O’Connor; professional BMX Rider and TV personality, Ricardo Laguna; the host of Crazy Girls, Dani Elizabeth; Murray The Magician; and the casts of Celestia, the otherworldly new production at The STRAT, FANTASY, Thunder from Down Under and Chippendales.

Hundreds of VIP guests enjoyed a “Taste of The STRAT” with food stations from the property’s award-winning Top of the World restaurant and elevated pub, BLVD & MAIN Taphouse.