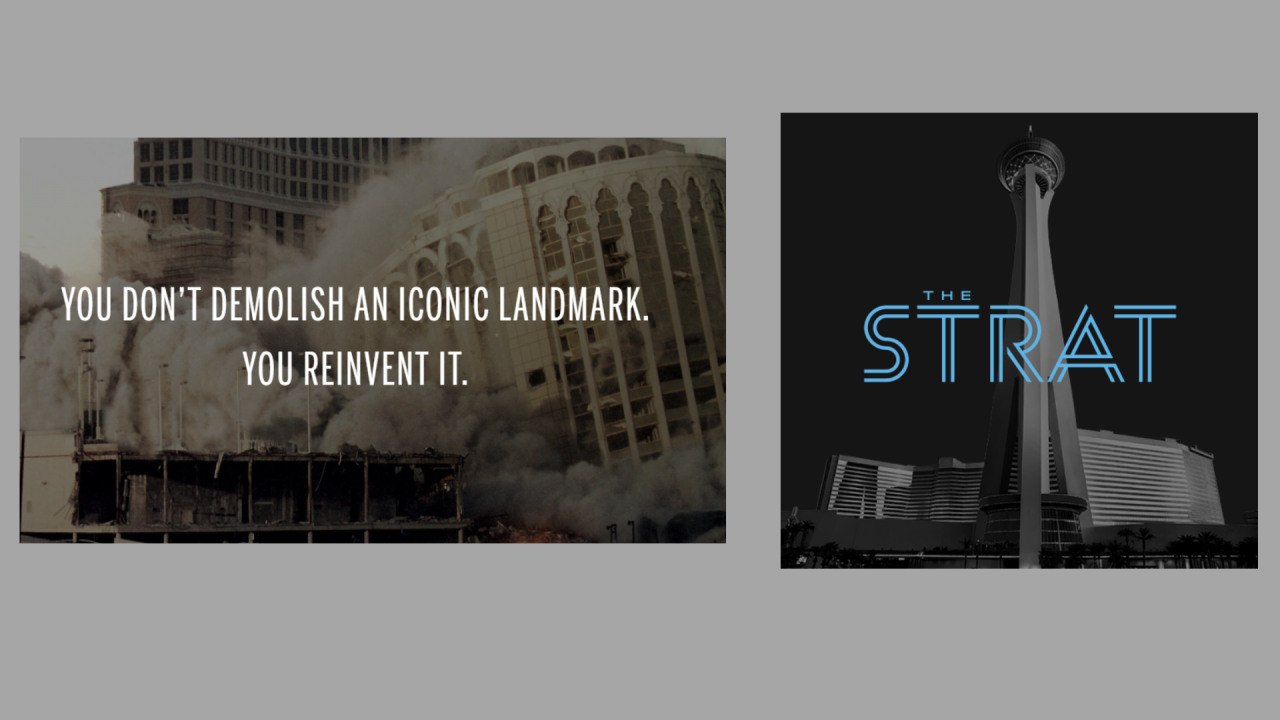 LAS VEGAS (KTNV) — Changes are in the works at the Stratosphere hotel-casino in Las Vegas.

The iconic property on Las Vegas Boulevard will be getting an upgrade and rebrand to The STRAT hotel, casino, and Skypod, according to owner Golden Entertainment.

“The Stratosphere is a Las Vegas icon, so in acquiring the property we chose to preserve that quality while also reimagining the resort through a comprehensive remodel that spans from the tower to the main casino floor,” said Steve Arcana, executive vice president and chief operating officer of Golden Entertainment. “We have developed a new brand that speaks to the fun and excitement of this grand transformation, and we are thrilled to announce The STRAT.”

The casino operator will also start a marketing campaign during the Super Bowl that will include "Strat Rising" TV commercials - announcing the changes and showcasing the Top of the World restaurant.

The property evolution will also continue in 2019 with the introduction of BLVD & Main Taphouse; View Lounge, offering a full bar and signature cocktails with views of the casino floor; and a fully-upgraded race and sports book.

See more of the STRAT here.