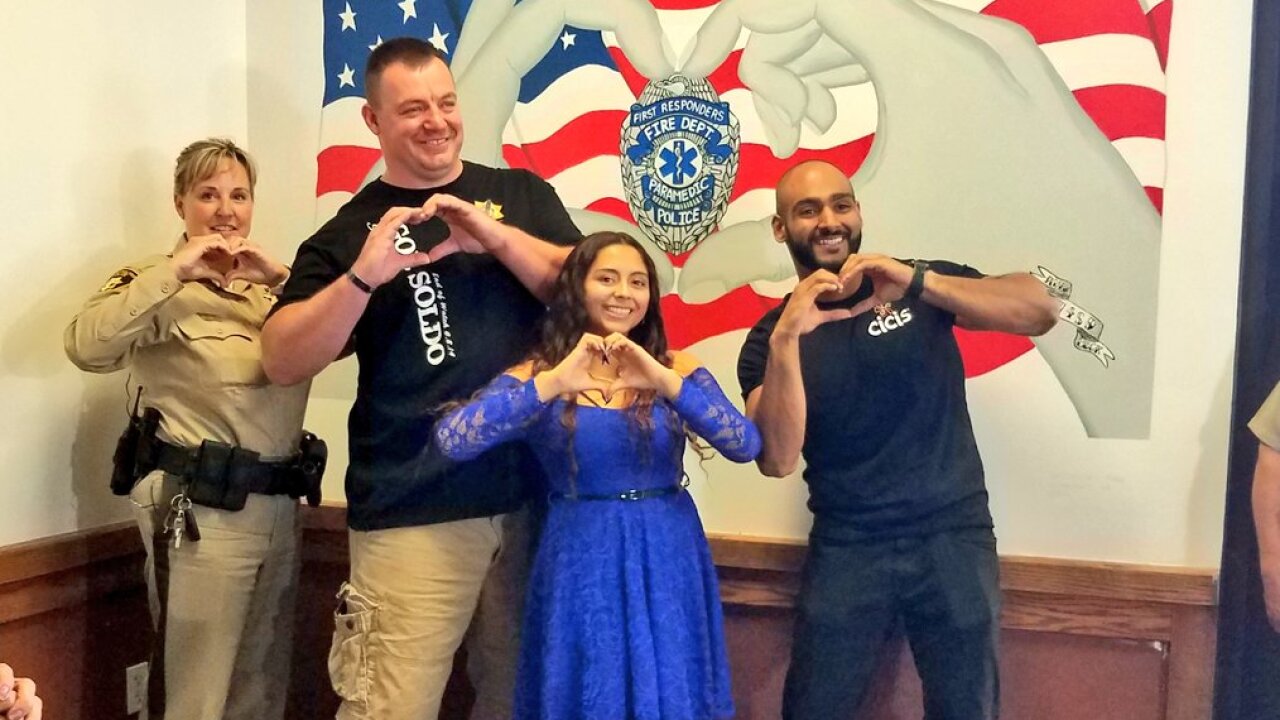 LAS VEGAS (KTNV) — A new piece of art in the Las Vegas valley pays tribute to the lives of two police officers who were gunned down at an east Vegas pizza shop on their lunch break.

On June 8, 2014, officers Igor Soldo and Alyn Beck were killed at Cicis Pizza near Nellis Boulevard and Steward Avenue when two people walked into the restaurant and opened fire.

Cicis unveiled the mural today to commemorate the fifth anniversary of the deadly shooting.

The memorial shows hands holding a law enforcement badge in the shape of a heart, with a waving American flag in the background.

The mural was designed by Las Vegas art student and recent Chaparral High School graduate Cassandra Sosa, whose work was selected in a student art competition.

The piece was painted by local artist Aniko Doman.

"We will never forget the tragic events of June 8, 2014, and with this permanent memorial, we honor not only fallen officers Soldo and Beck, but also the bravery and heroism of all first responders," said Cicis franchise owner Bill Badruddin.

"The mural is a heartfelt reminder of their daily sacrifice and service to the Las Vegas community."

Tomorrow, the N. Nellis Avenue Cicis will donate a portion of today's sales to the Injured Police Officer's Fund of Nevada.