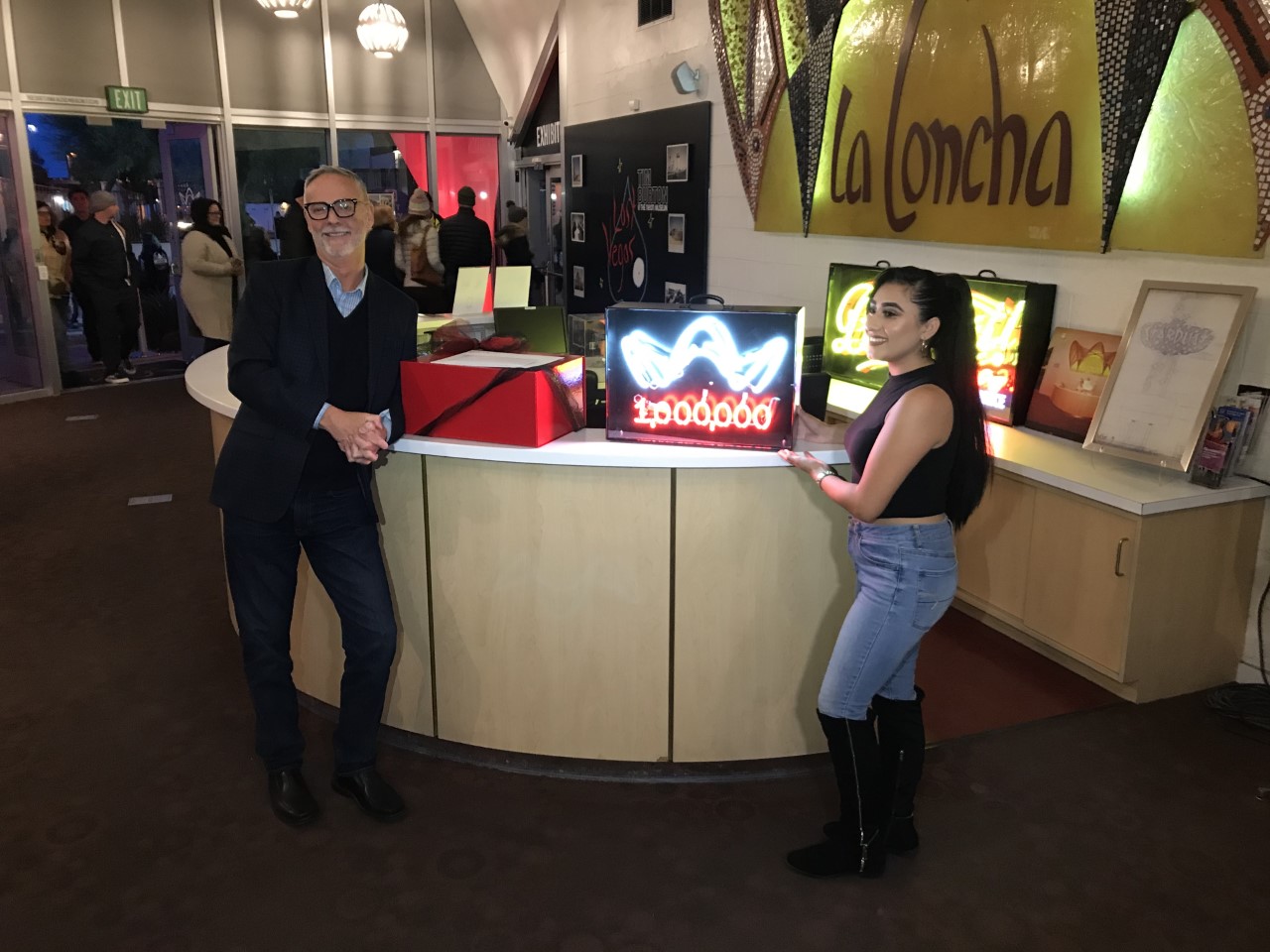 The Neon Museum in Las Vegas just hit a major milestone as it honored its one millionth visitor.

LAS VEGAS (KTNV) — The Neon Museum in Las Vegas just hit a major milestone as it honored its one millionth visitor.

Nazarey David said she's had a membership to the museum for a while now and was not expecting the phone call on Tuesday telling her she was the millionth visitor.

"After a few phone calls of them trying to reach me I finally answered," David said smiling. "They told me I was the millionth customer and I couldn't believe it. I was like wow, that's so random."

"I just went on a random night with my friend, and to have been selected, it made me feel grateful," she said.

As part of the celebration, David received a few freebies. She took home a "Neon Museum 1,000,000" neon sign, an overnight stay at the Wynn, dinner for two at Wazuzu and a commemorative gift box filled with merchandise from The Neon Museum store featuring some of its most iconic signs, such as the Ugly Duckling, Flamingo, Binion's Horseshoe and Moulin Rouge.

The Neon Museum is located on 770 Las Vegas Boulevard North.