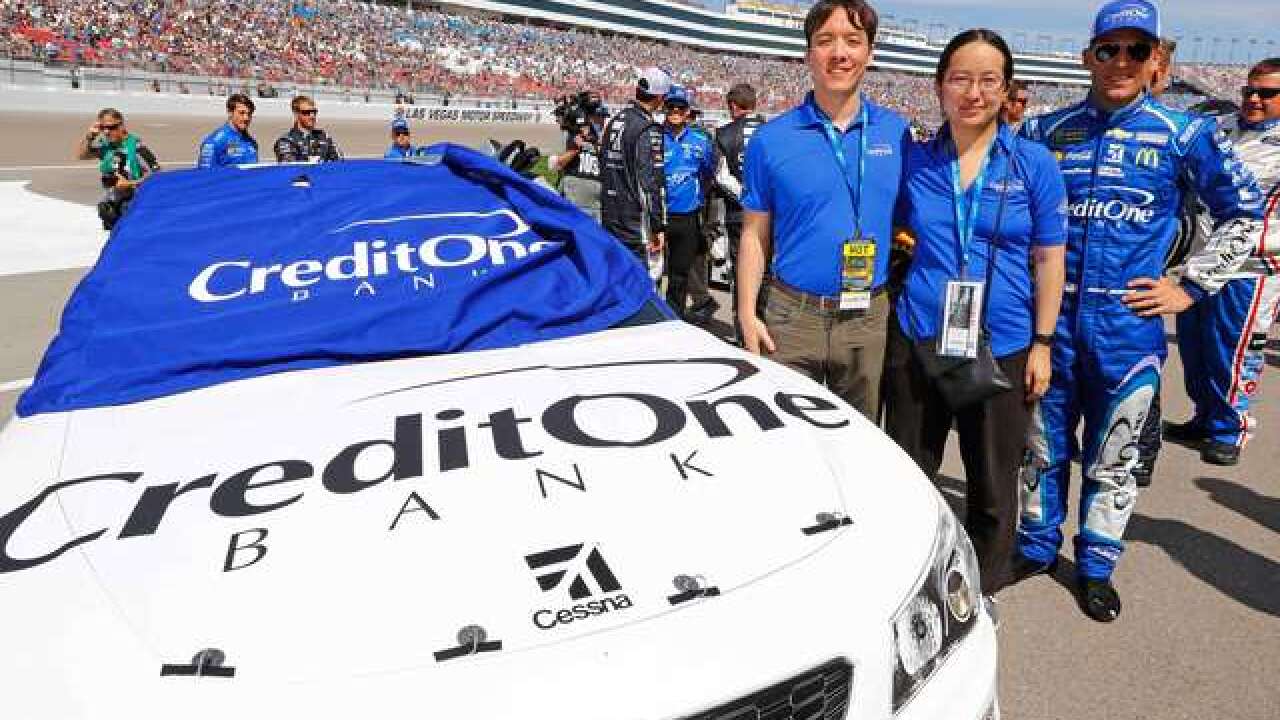 Copyright 2017 Scripps Media, Inc. All rights reserved. This material may not be published, broadcast, rewritten, or redistributed.
Courtesy

Credit One Bank, the official credit card of NASCAR, recently awarded the Ultimate Race Weekend to a lucky NASCAR fan and his wife.

Aaron and his wife Jacki selected the Kobalt 400 in Las Vegas where they had the opportunity to meet Jamie McMurray, driver of the No. 1 Chevrolet.

Race fans were eligible to enter the sweepstakes from mid-October through Dec. 31, 2016 by visiting CreditOneBank.com/NASCAR to see if they pre-qualified for the Official Credit Card of NASCAR. All existing Credit One Bank NASCAR Visa primary card members automatically received one entry into the sweepstakes.

In its second season as an official NASCAR sponsor, Credit One Bank has also expanded its relationship with Chip Ganassi Racing by partnering with Kyle Larson and the No. 42 team during the inaugural Monster Energy NASCAR Cup Series season.