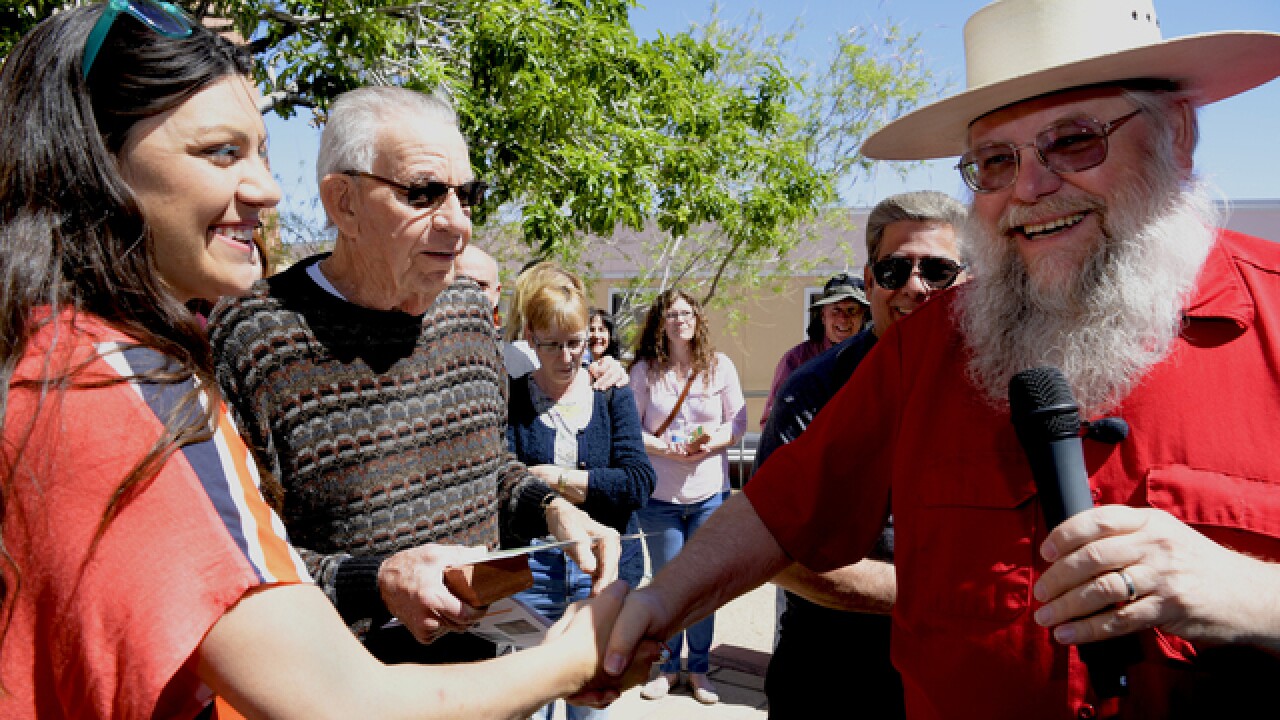 Mark Hall-Patton, known for his many appearances in the TV show "Pawn Stars," led a free, one-hour tour of the Clark County Museum Grounds on April 20 to celebrate its 50th anniversary.

The museum was the first to open in the Las Vegas valley on April 20, 1968. The original location was a condemned gymnasium in downtown Henderson.

Since its opening, the Clark County Museum has moved, changed names, and eventually grew into the largest in Southern Nevada with more than 1 million artifacts. There's also a timeline exhibit about Southern Nevada from pre-historic to modern times, and a collection of restored historic buildings on popular Heritage Street depicts daily life from different decades in Las Vegas, Boulder City, Henderson, and Goldfield.

"The museum and its collection are a wonderful reflection of who we are and helps tell our story as Southern Nevadans," said Commissioner Jim Gibson.