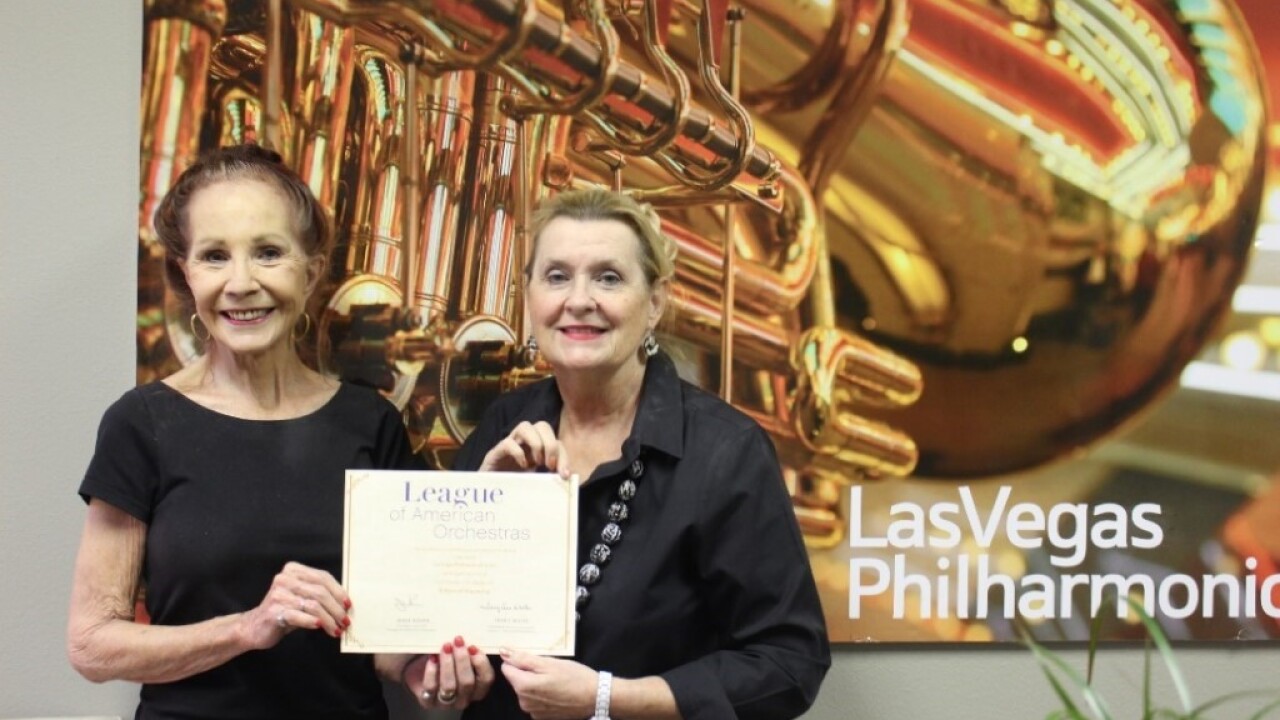 The Volunteer Council of the League of American Orchestras is pleased to announce that the Las Vegas Philharmonic Guild has won an Award of Excellence in the annual Spotlight competition for their project titled Hollywood Happening.

This represents the 6th award the Guild has received at the annual conference.

Guests were encouraged to dress as their favorite Hollywood celebrity from the golden age of film or modern day and prizes were awarded. Proceeds benefitted the Las Vegas Philharmonic’s Youth Music Education programs.

The League’s annual Spotlight competition recognizes outstanding projects created and implemented by volunteer associations of symphony orchestras throughout the United States and Canada. Projects are judged by the League’s Volunteer Council each fall. The League’s Volunteer Council is an organization of recognized community leaders throughout the United States and Canada who have demonstrated outstanding support for their symphony orchestras.

The Council’s awards honor volunteers who, through their hard work and dedication, help to ensure the success of their organizations.