Increasingly, students are decorating their graduation caps to showcase some part of their life. UNLV professor and folklorist Sheila Bock first began studying trends behind graduation caps after she first arrived in Las Vegas in 2011. 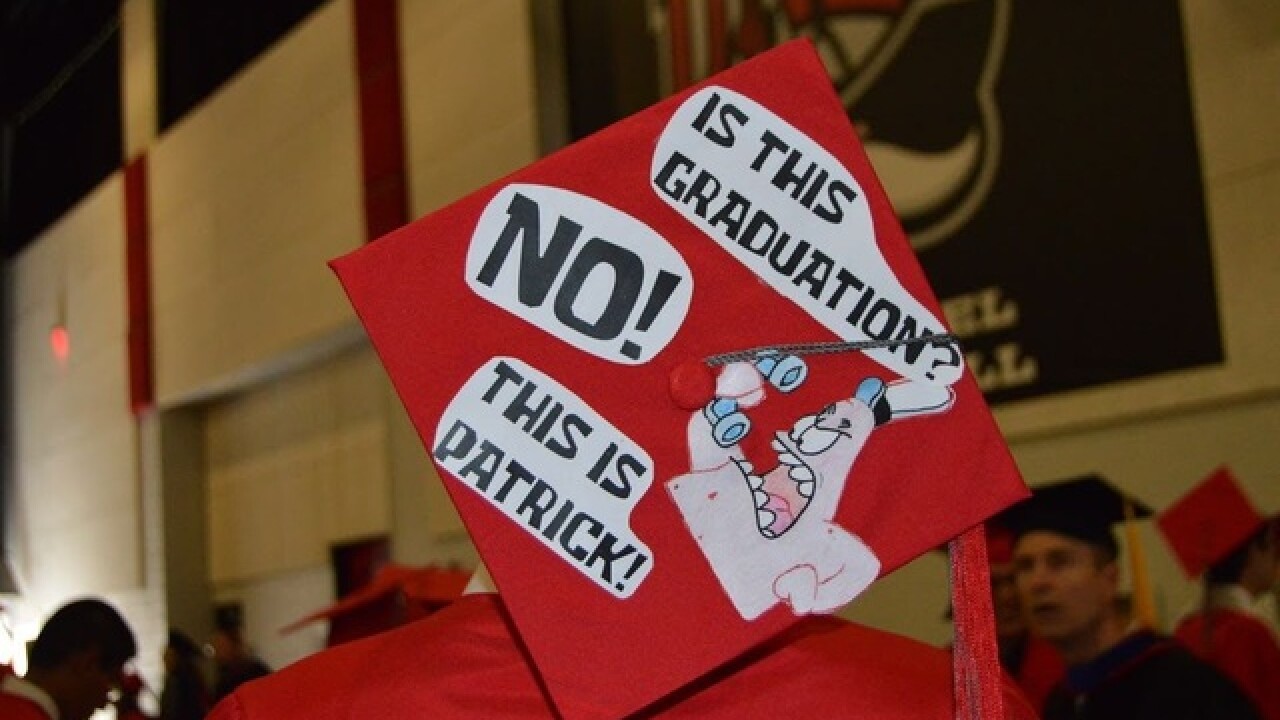 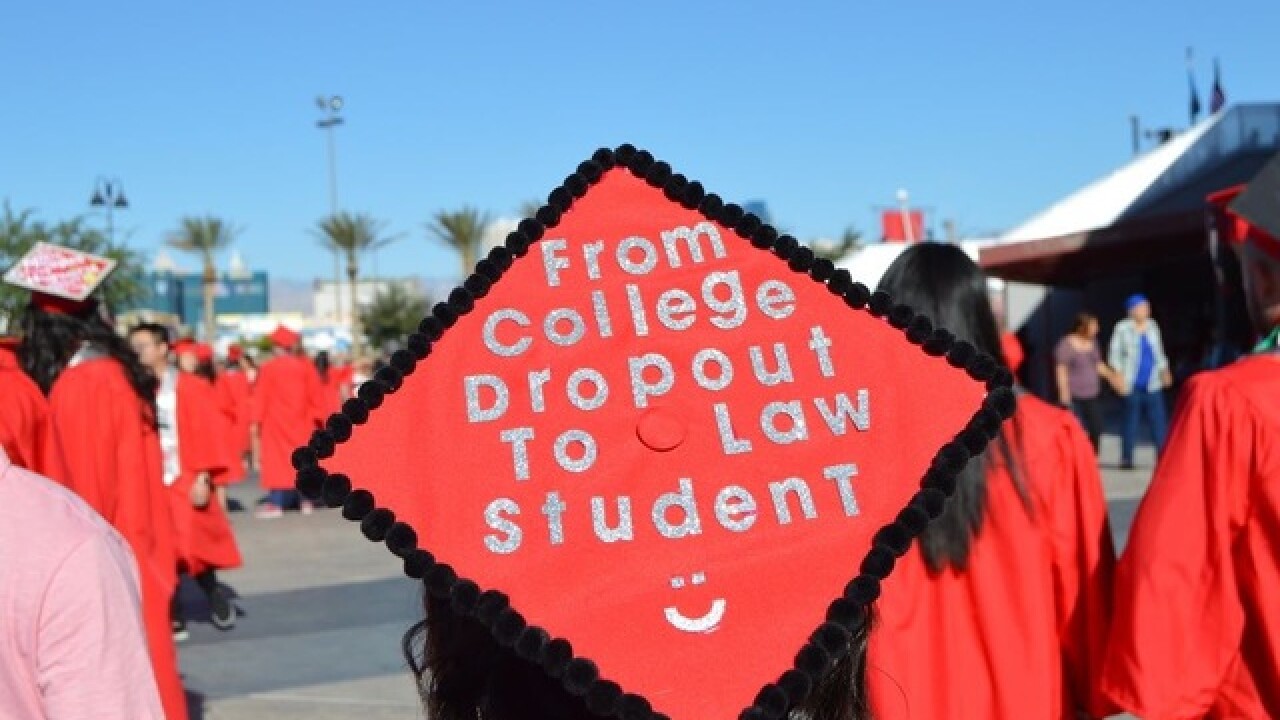 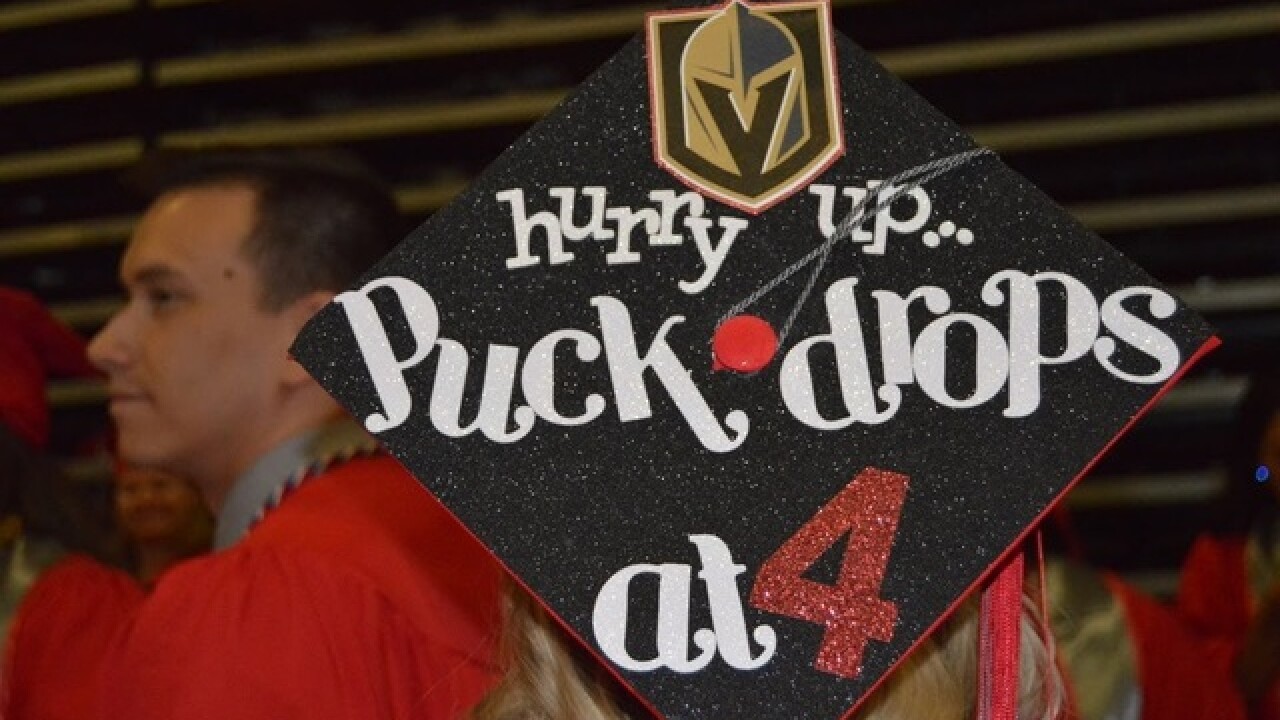 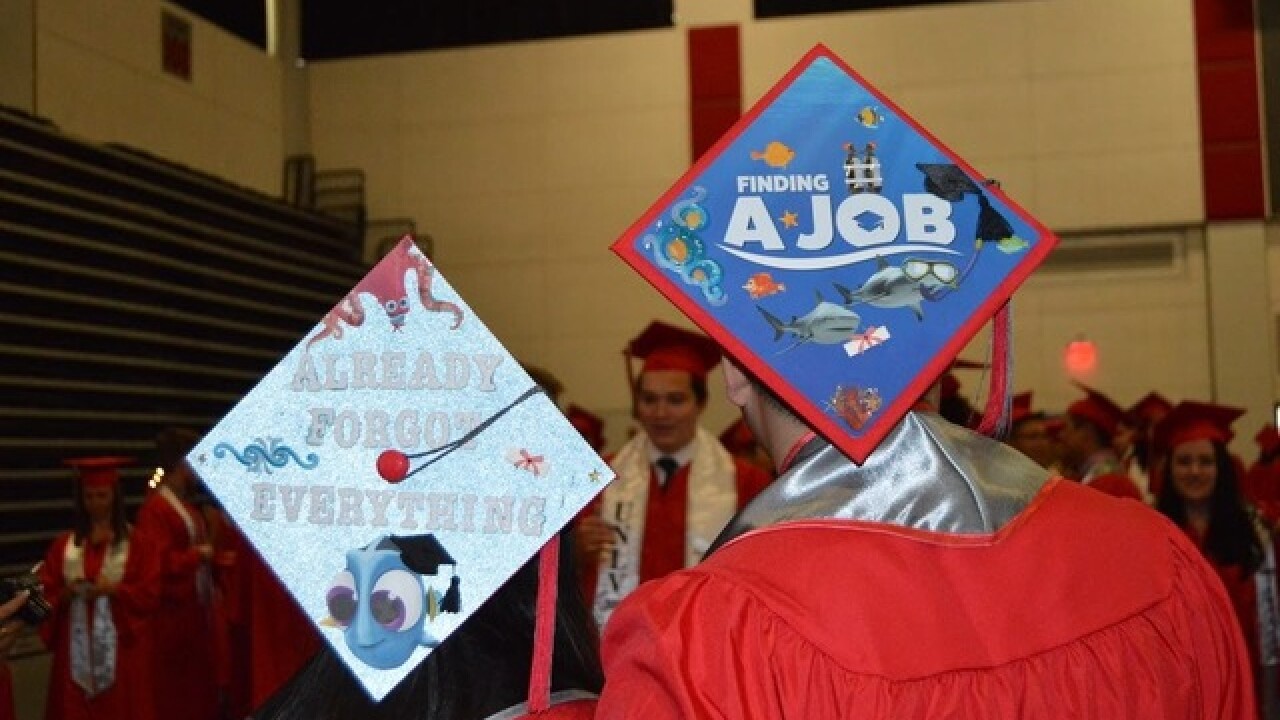 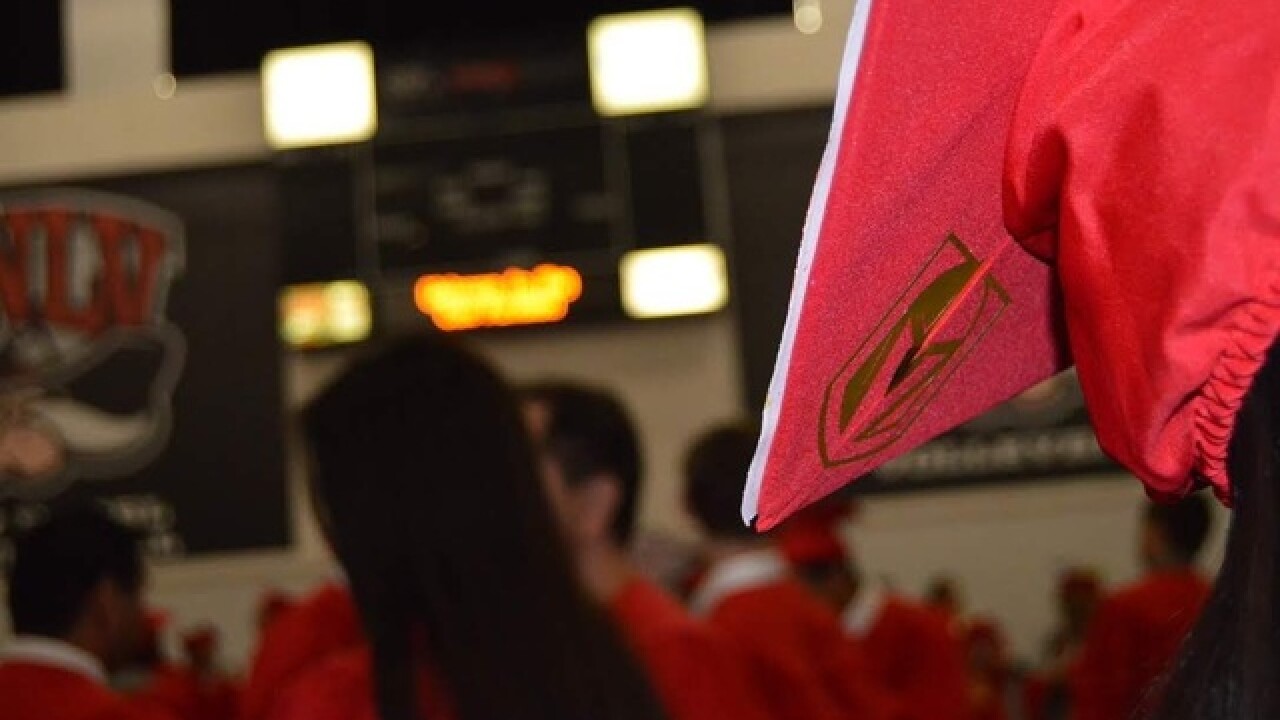 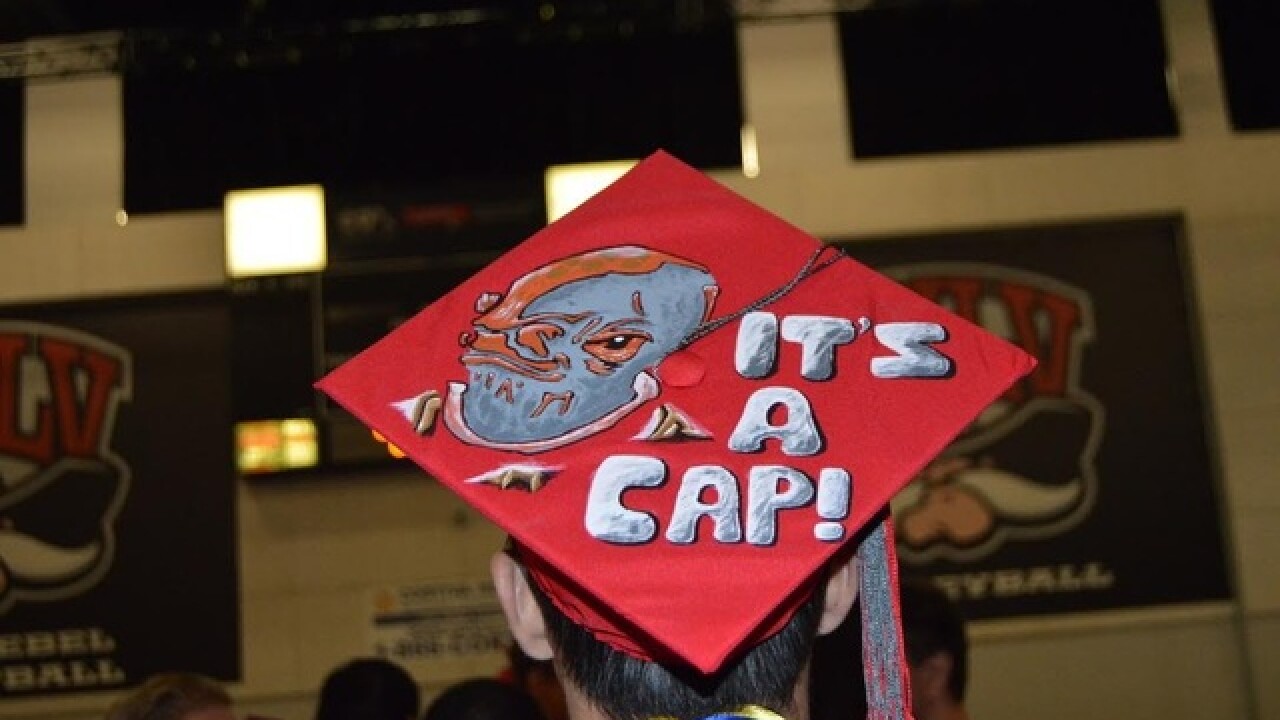 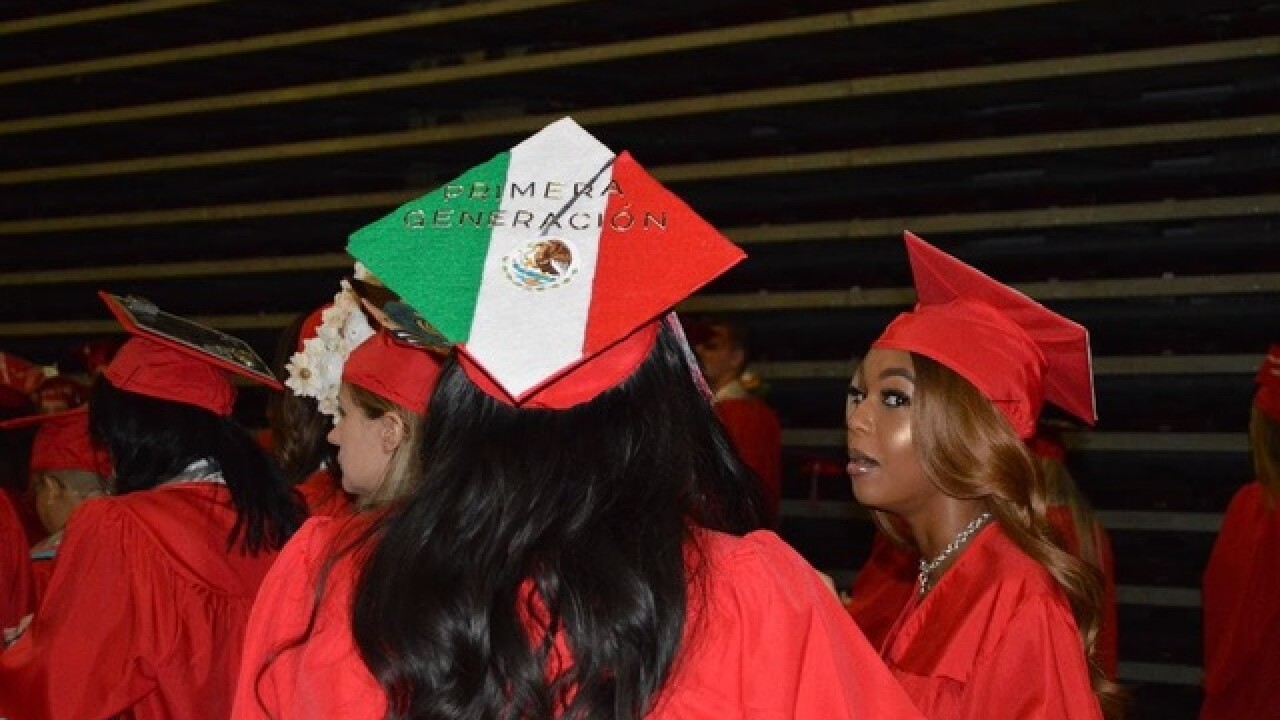 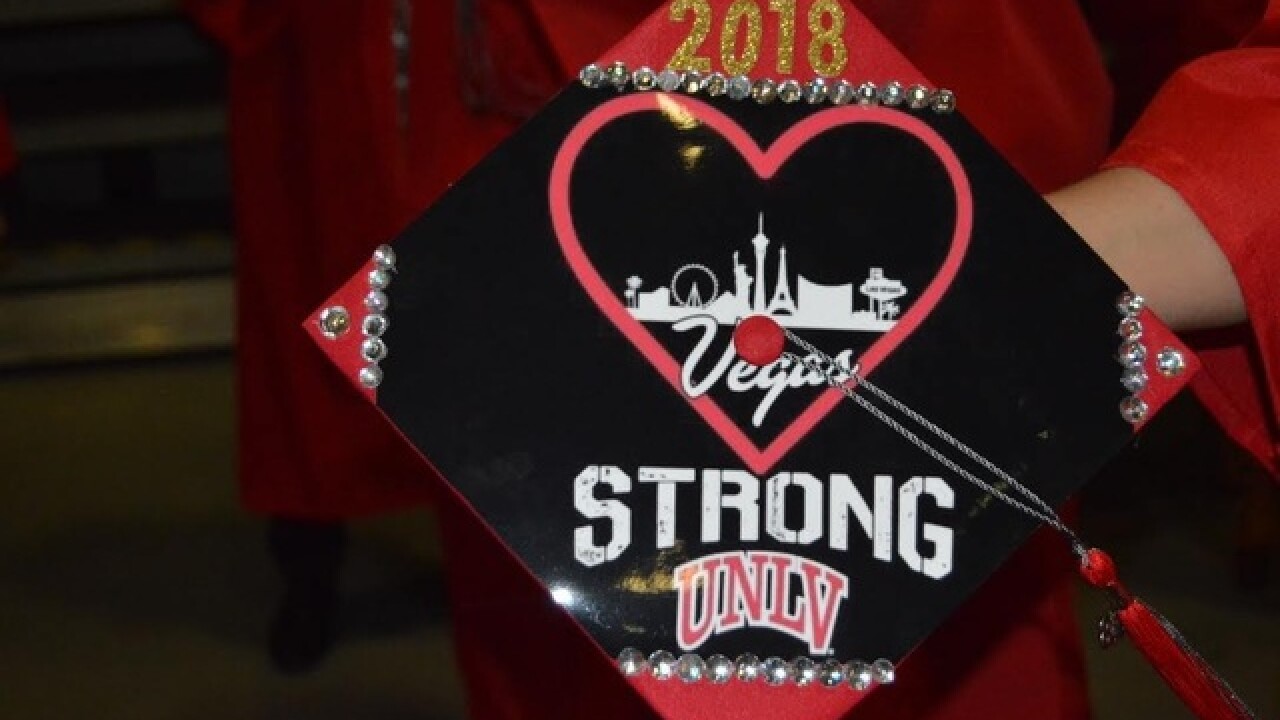 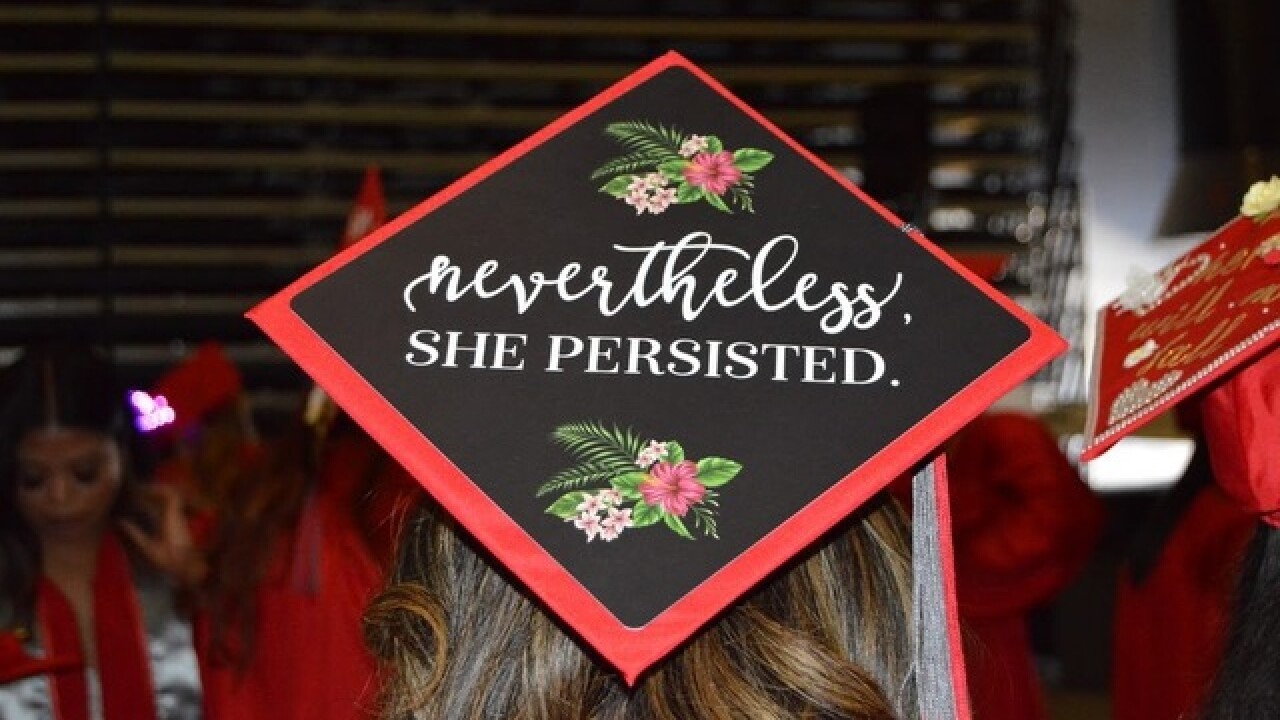 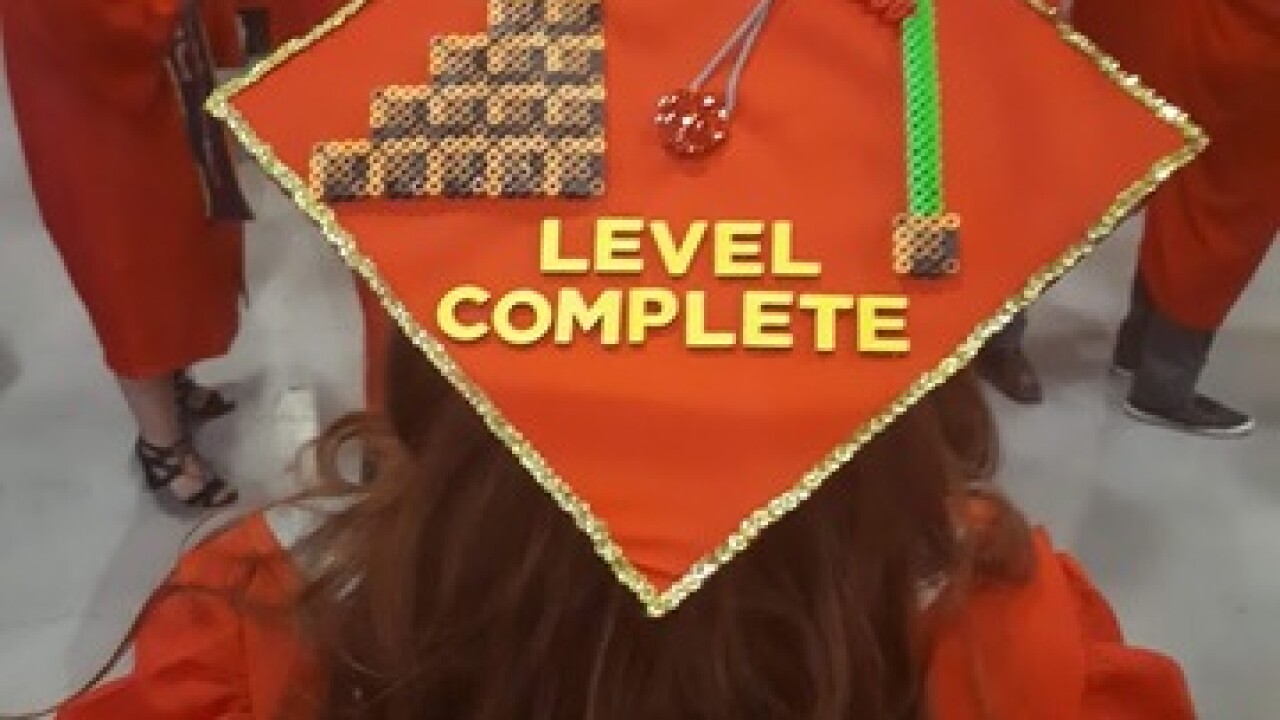 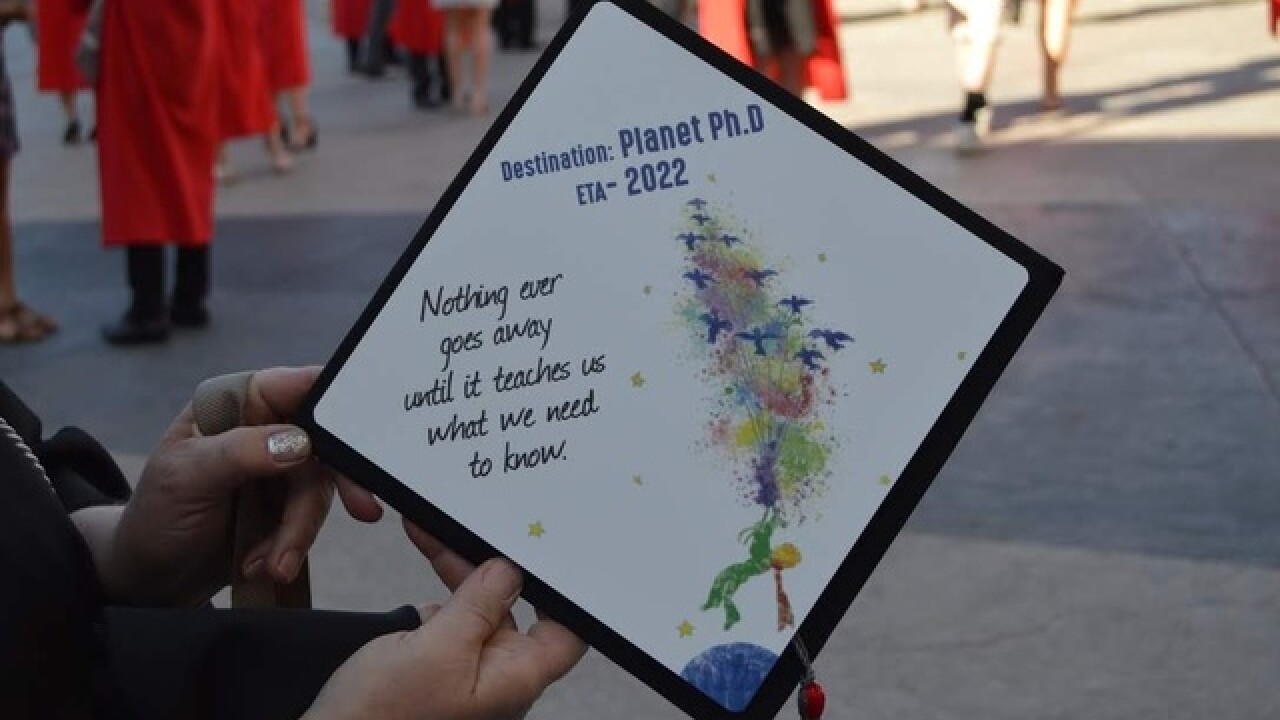 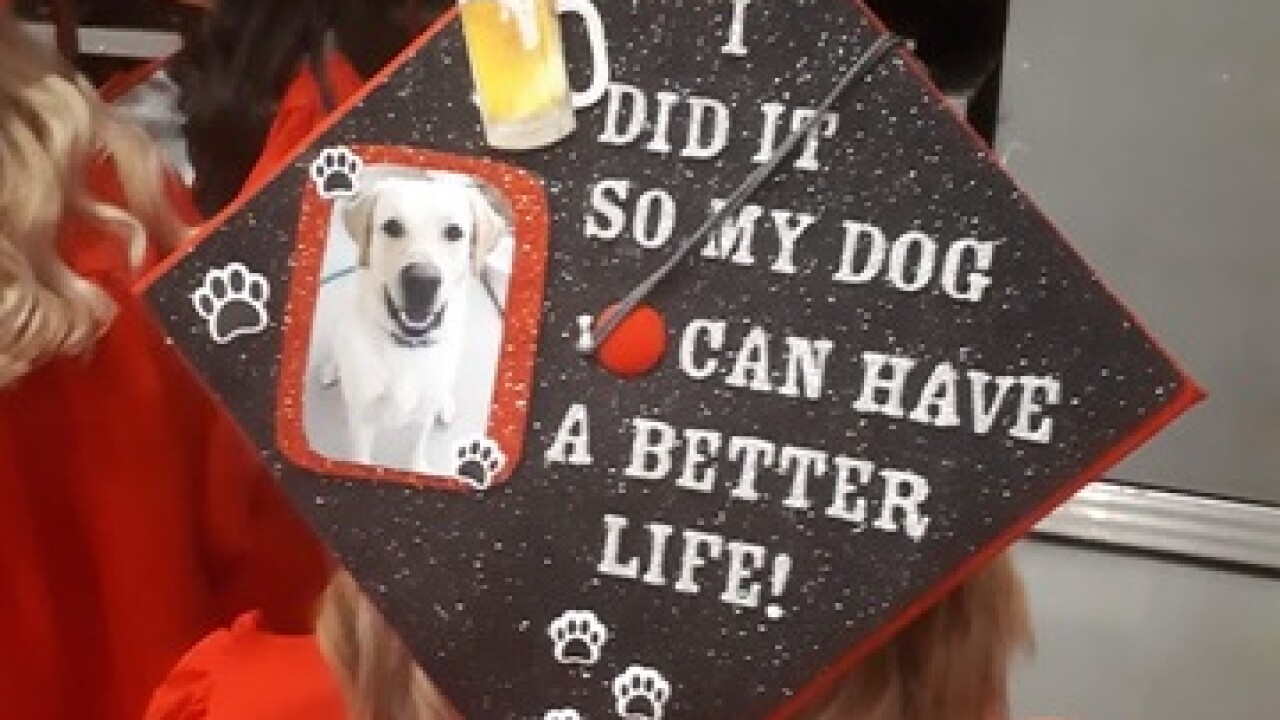 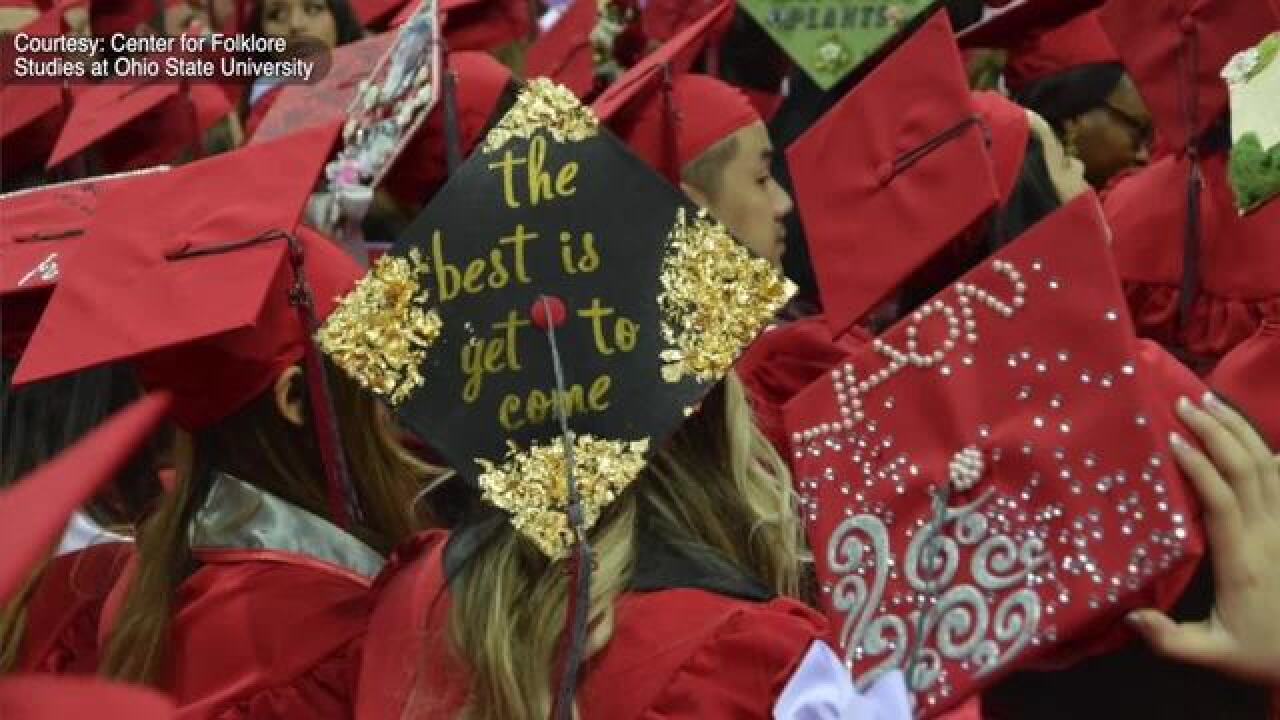 In a sea of graduation caps, how do you stand out? Increasingly, students are decorating their caps to showcase some part of their life.

UNLV professor and folklorist Sheila Bock first began studying trends behind graduation caps after she first arrived in Las Vegas in 2011. She began formally researching in 2015, taking photos from around the country and interviewing students on their graduation cap design choices.

"So one category is one of celebration and optimism and looking into the future, I did this, the best is yet to come, which isn't that surprising because that's kinda the whole point of the graduation ceremony," Bock said.

Some examples include "Today is a perfect day to start living your dreams" or "Adventure is out there."

While Bock said many celebrate "education as this stepping stone towards people's own individualized version of pursuing the American Dream," she also found a lot of examples of people pushing back against that story, rather by "Game of Loans" referencing college loan debt or highlighting the less positive aspects of their college experience.

"Family relationships, whether they have kids, whether they have been dealing with a brain tumor, this is a space where students or graduates are really trying to highlight 'I did this' and here are the struggles I had to go through in order to get to this moment," Bock said, also noting that some students use the caps as a memorial to family and friends they've lost.

But one thing she has noticed in the past few years is the caps have started to take more of a lean toward the political. Bock noted that there has been a long tradition of political themes, dating back to the 1960s and caps decorated with peace signs in reference to the Vietnam War.

"It's not to say people weren't doing it before but I'm seeing it happen as a more widespread practice. People are asserting overtly political messages, like Black Lives Matter," she said. "Or making references to language from the political landscape, 'nevertheless she persisted.' Or calling attention to specific identities that have recently become very politicized, immigrant identities."

Hashtags on social media, such as #Immigrad and #Latinxgrad, also inspire others of similar identities to create their own caps, Bock said.

But what about students who decide not to decorate their caps?

"The main reason is that people feel this sense of formality to the ceremony that they would like to keep intact," Bock said. "Oftentimes, it's not necessarily that they see other people decorating their cap that they're doing something wrong. They're saying I don't have something to say badly enough to put it on a cap and kind of disrupt the formality of the occasion."

The majority of the caps Bock and her student assistants have documented so far are from UNLV, along with some from Ohio State University, where Bock received her graduate degrees. Bock approached the university's Center for Folklore Studies to create a digital archive of her materials.

Bock emphasized any graduate, no matter when or where they graduated, is welcome to share their caps. More information can be found here.