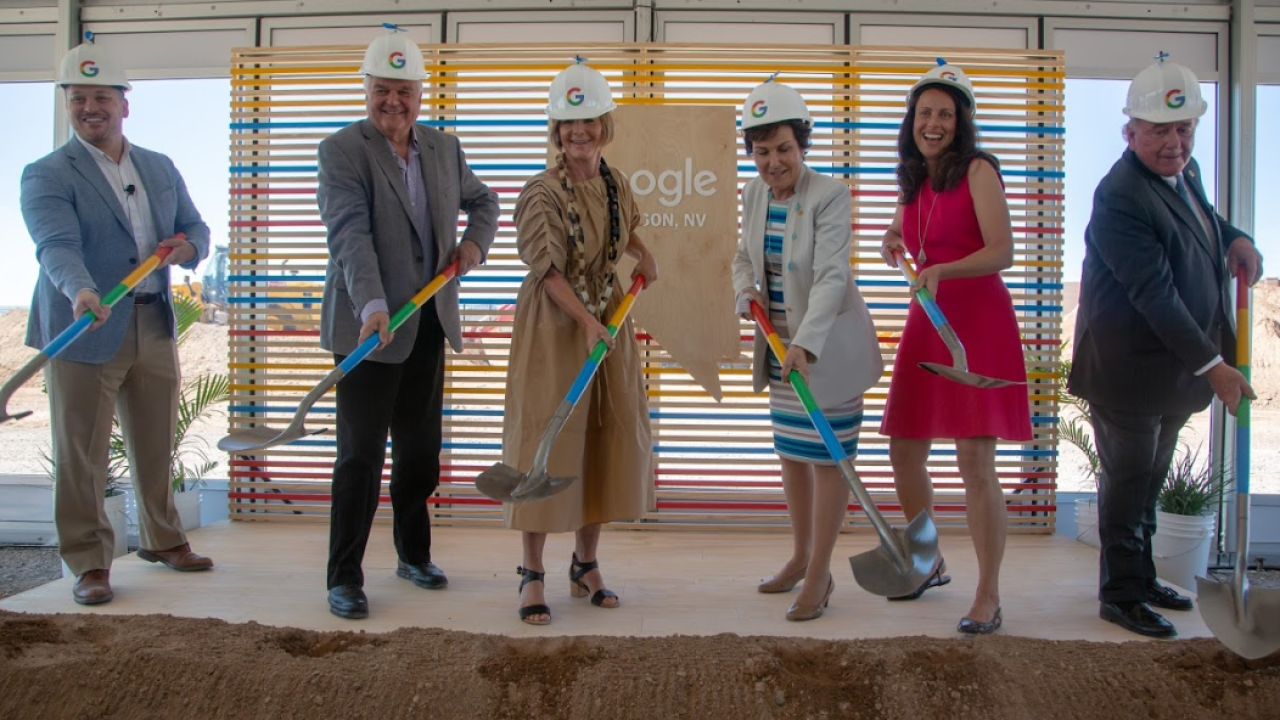 The tech company also kicked off a $1 million Google.org Impact Challenge Nevada and called on nonprofits throughout the state to submit their boldest ideas to create economic opportunities for their community.

Google announced its acquisition of a site in Henderson in 2018. Earlier this year, Google’s CEO, Sundar Pichai, detailed that the company will make over $13 billion in investments throughout 2019 in data centers and offices across the U.S., with major expansions in 14 states. As part of this announcement,

Pichai confirmed the company’s plans to develop a data center in Nevada.

The new Google Cloud region will give organizations in the Western U.S. and those doing business Nevada faster access to Google Cloud Platform products and tools that will help supercharge their businesses. When it launches, the region will have three availability zones and will support our standard set of GCP products, delivering simple, reliable and secure infrastructure and lightning fast data analytics and ML/AI capabilities.

The Google.org Impact Challenge Nevada will call on nonprofits statewide to submit their biggest and boldest ideas to create economic opportunities for their community. A panel of local judges will select the top five submissions to receive $175,000 to make their idea a reality. Afterward, the public can vote to select a “People’s Choice” winner to receive an additional $125,000. In total, Google.org will award $1 million to Nevada nonprofits in support of Grow with Google, the company’s initiative to help create economic opportunities for all Americans.

Earlier this month, Grow with Google toured Nevada and held daylong digital skills workshops for community members at the East Las Vegas and Carson City Public Libraries. Google staff introduced hundreds of Nevadans to free Grow with Google tools and training in order to help find jobs they want, advance their careers and grow their businesses.