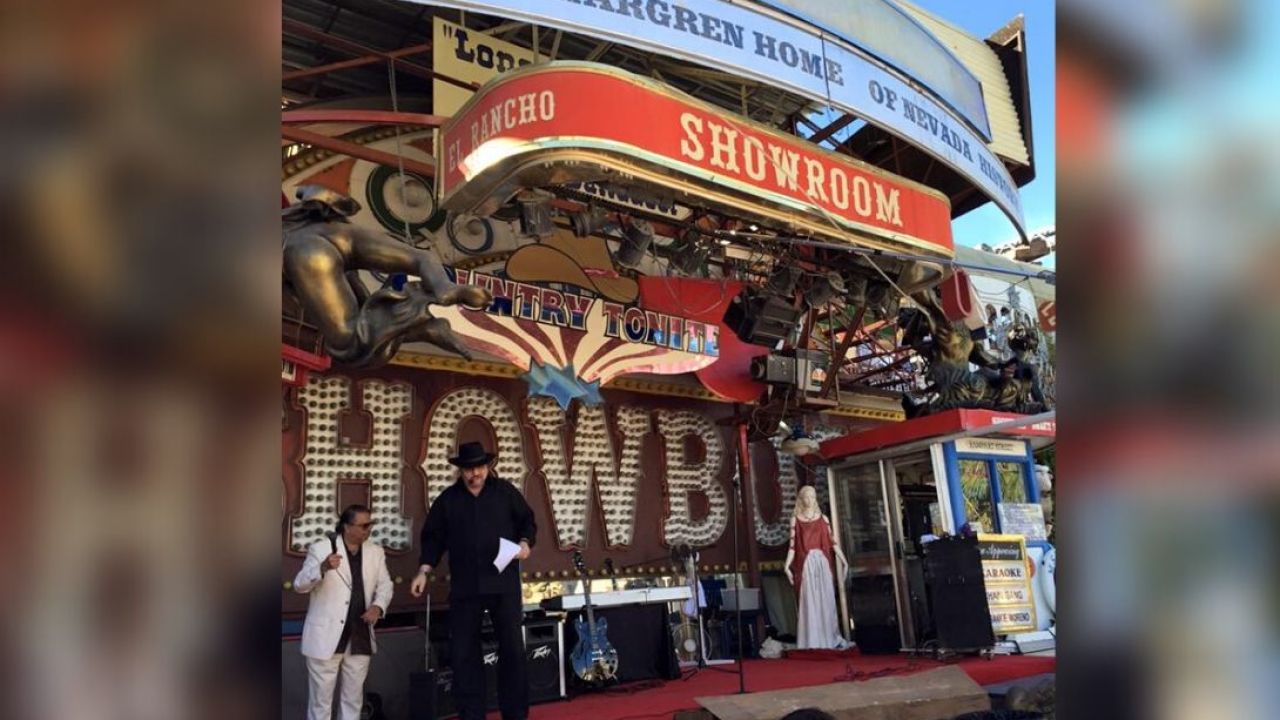 The famous Hammargren Home was open to the public on Oct. 31 for one day this year.

The famous Hammargren Home was open to the public on Oct. 31 for one day this year.

Former Lt. Lonnie Hammargren bought the house on Ridgecrest Drive near Sandhill Road in 1971. Next, he bought the two houses next door and began filling all 3 of them with thousands of odd objects and memorabilia.

For many years, he invited the public to tour the home every Nevada Day (Oct. 31) and see his eclectic collection until he lost the original home due to foreclosure. The new owners have apparently decided to continue the open house tradition.

Some of the items in the home when Hammargren owned it included Liberace's staircase, a giant rotating bed, a 20-foot model of a fantasy Middle Eastern City, a space capsule mockup, a mini submarine, a very large dinosaur, a truck once owned by Red Foxx, a boat-tail Cadillac, a full-scale train, an airplane full of mannequins, the time machine from the former Strip show "EFX," a 2-ton marble religious statue, a replica of the ceiling of the Sistine Chapel, a roller coaster car from the Stratosphere, and a large-scale model of the Statue of Liberty's arm and torch. .

Admission is free and there will be photo opportunities with the original Bat Mobile. Food and drinks will also be available for a small donation.